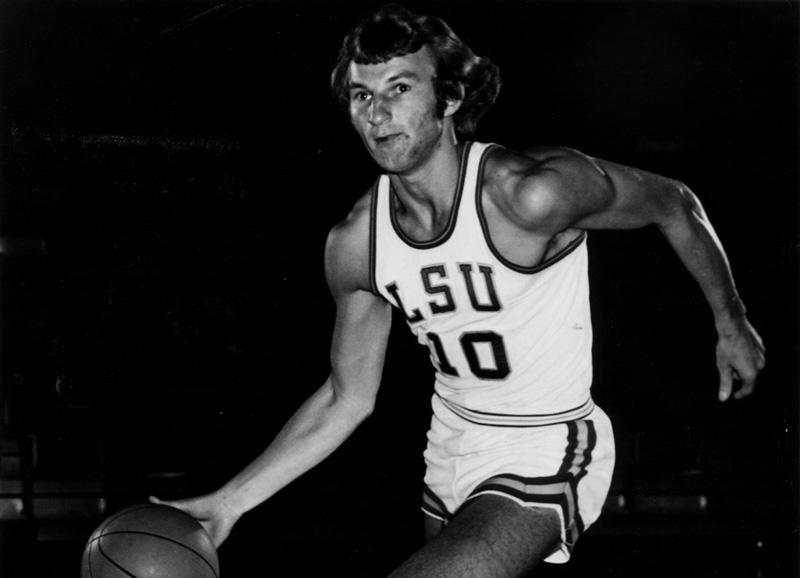 BATON ROUGE – One of the stars of Coach Dale Brown’s first teams at LSU has been named a starter on a star-studded selection for an All-Time NCAA Australian College Basketball Team by The Pick and Roll (pickandroll.com.au).

Ellison wrote, “With Australian men making a sustained impact NCAA Division I college basketball, The Pick and Roll has decided to choose an all-time Australian college team. After having looked back through history, a squad of 12 has been chosen with nothing but their college careers taken into account. He noted that: only players who played in Division I were considered, and; naturalized Australians were only taken into consideration if they were an Australian citizen at the time of their college career.

Palubinskas played at Ricks Junior College prior to coming to LSU and certainly that is part of his story.

“Palubinskas was the original trailblazer for Australians playing in U.S. college,” Ellison wrote. “Debuting for Ricks Junior College (now known as BYU-Idaho) in 1970, Palubinskas led college basketball in free throw percentage with 92.4%. His shooting prowess in college helped lay the foundations of his future career as a highly successful shooting coach …

“Palubinskas was named an All-American in his sophomore year. He averaged 24 points per game over his two seasons at Ricks Junior College. After missing out on the Olympic scoring title by just one point at the 1972 Olympic Games, Palubinskas transferred to LSU for the 1972-73 season. With LSU, Palubinskas earned All-SEC honors in his junior and senior years while averaging 18.5 points.

“The fact that Palubinskas flourished in an era without the three-point line as a sharpshooter, only helps strengthen his college resume.”

Among Ellison’s honorable mention selections was Tiger Ben Simmons (2015-16). Saying Simmons season was the “hardest to judge,’ Ellison did write, “The freshman’s play was outstanding all season, being named as a consensus first team All-American and the USBWA Freshman of the year. Simmons had one of the best individual seasons by an Australian player in college basketball history.”