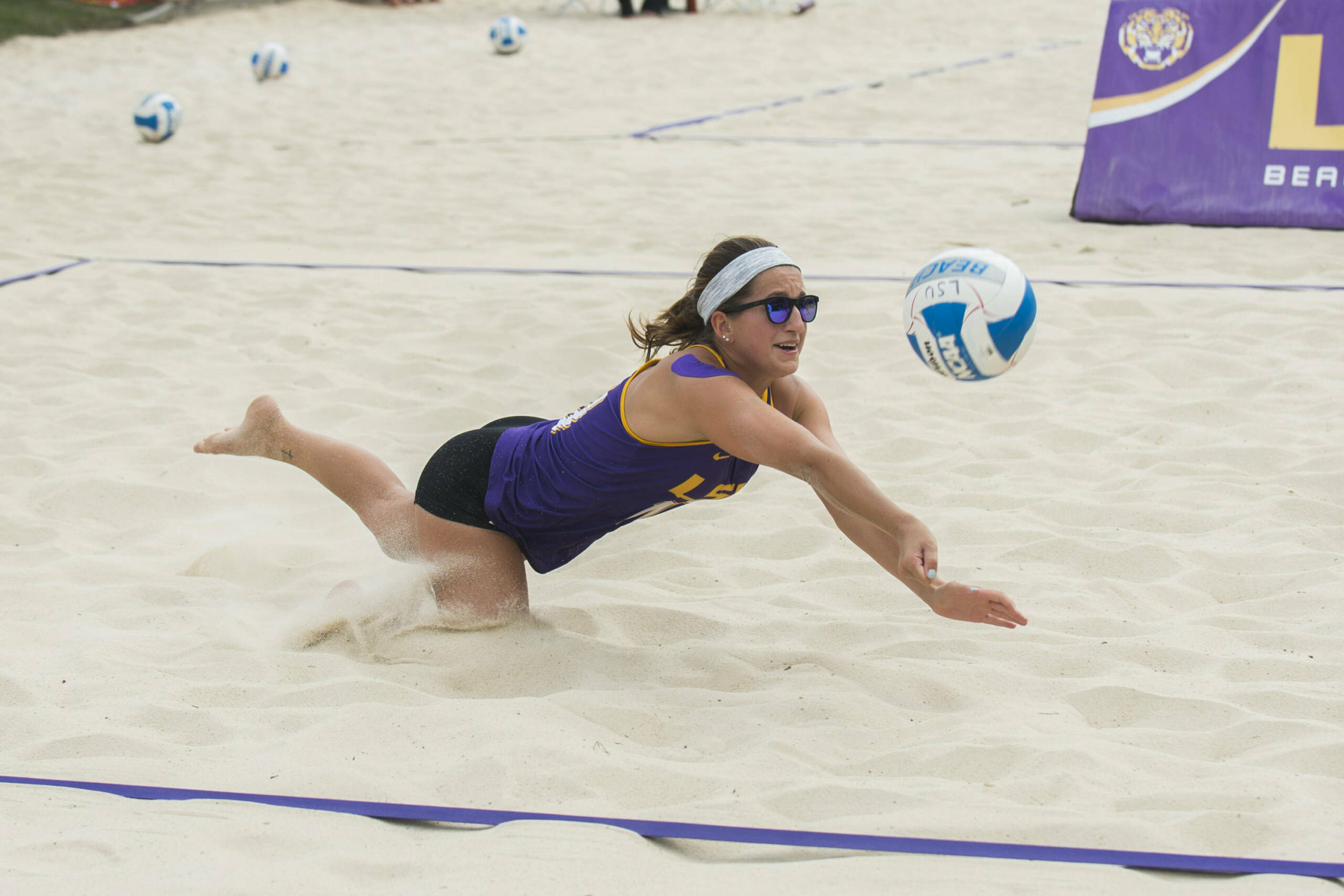 BATON ROUGE, La. – The No. 7-ranked LSU beach volleyball team will open up championship season Friday at the Coastal Collegiate Sports Association Conference Championship that will run from April 21-23 at the LakePoint Sports Complex in Emerson, Georgia.

Ten conference members will be divided into two five-team pools with each team guaranteed a match against the other members of its pool. The top two teams in each pool will advance to the semifinals on Sunday, and the championship match will also be broadcast live Sunday on ESPN3 at 12 p.m. CT.

LSU (22-5) comes in as the No. 2 overall seed of the tournament and is also riding one of the longest winning streaks in LSU athletics history at 20 matches.

“I expect us to play really well. We’ve been talking about building heading into the last few weeks of the season. This week, we’ve had a couple of practices and hit on some things that we think can make us better,” said head coach Russell Brock.

“We have done a great job of recovering and preparing ourselves physically, and heading into a really competitive environment against a lot of great teams, that will be an important part of the equation. This weekend will test how well-prepared we are to physically compete for three days straight if all goes well.”

LSU is led by CCSA All-Conference selections Claire Coppola and Kristen Nuss. The No. 1 freshman duo has compiled a team-high 23-4 record this season, including a 15-2 record on court one.

In just their first season, the pair has collected wins over seven ranked opponents with six victories against teams in the top-10. Nuss and Coppola have also garnered 18 points in straight sets this year.

Last weekend at the Battle on the Bayou, No. 3 pair Katie
Lindelow and Olivia Powers were a perfect 4-for-4, collecting their 19th win as a pair to earn the second-best record on the team at 19-3. Riding a nine-match win streak, the duo has also notched points in 19 of their last 20 matches.

Megan Davenport has tallied an impressive individual record of 23-3, including a 12-1 record alongside partner Riley Young at the five flight.

At 9-1, Davenport boasts the best record on the team against ranked opponents and was the only player to knock off both No. 1 USC and No. 4 UCLA at the East vs. West Invitational. Dating back to last season, Davenport has won 35 of her last 39 matches.

“Our expectation is to be better than the last time we faced these teams and to play to the best of our ability physically, mentally and with our execution,” added Brock.