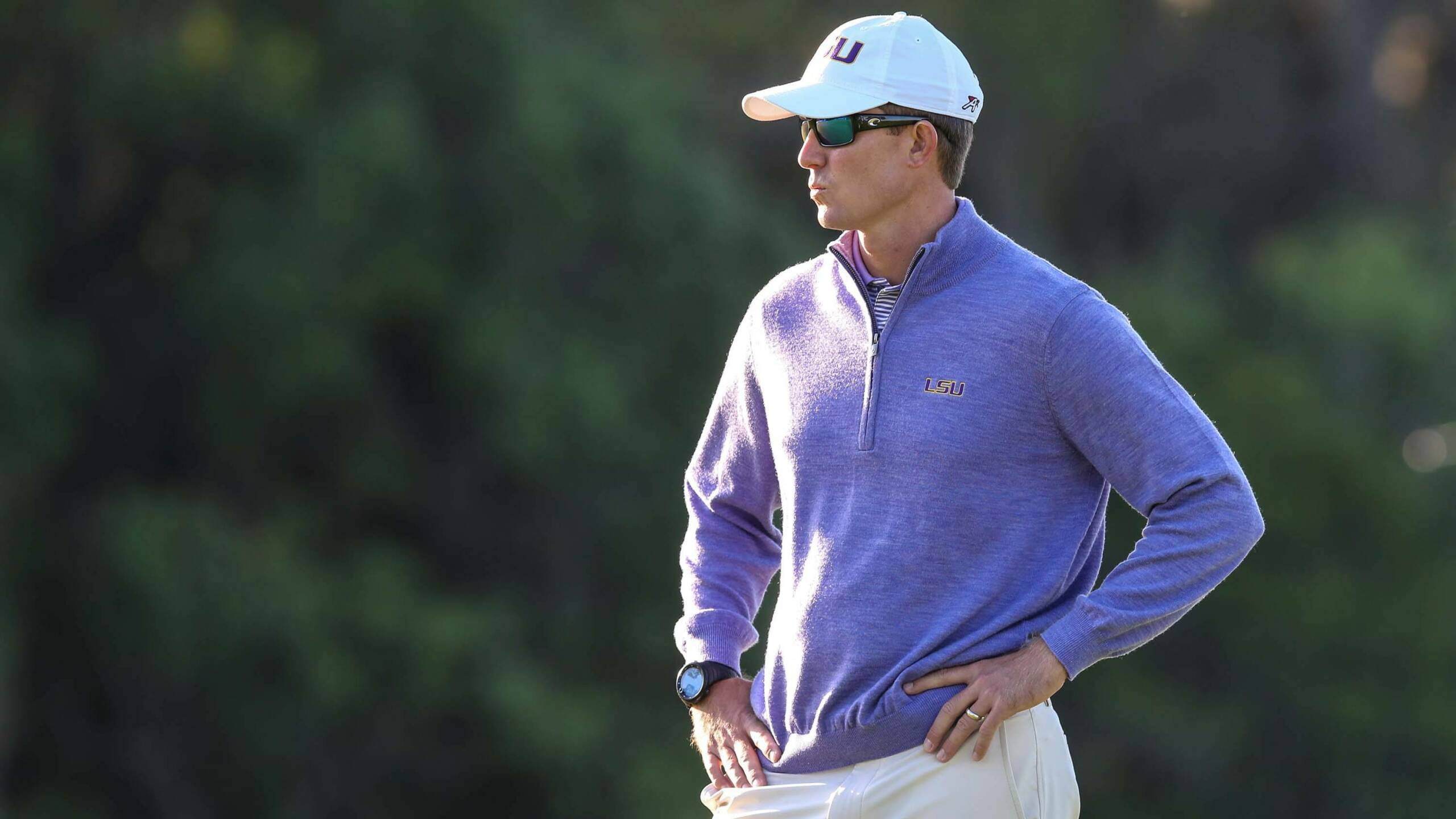 BATON ROUGE – LSU’s Garrett Runion has been named a finalist for the Jan Strickland Award for the second-straight season as the Golf Coaches Association of America announced its six candidates Thursday for the prestigious award recognizing the nation’s top assistant coach in college golf each season.

It marks the second time in his coaching career that Runion has been announced as a finalist for the Jan Strickland Award following his inaugural selection last spring. The GCAA has also named an LSU assistant coach as a Jan Strickland Award finalist in four of the last six years after Shane Warren was also a back-to-back selection in 2011 and 2012.

Runion, who is in his fifth season as assistant to head coach Chuck Winstead, has been instrumental in the Tigers becoming one of the leading programs in college golf as they head into the SEC Championship this week as five-time tournament champions during the 2016-17 season. LSU has won each of its last two tournaments heading into the postseason with wins at the Aggie Invitational and Tiger Classic earlier this month. LSU has also taken home titles from the Maui Jim and David Toms intercollegiates in the fall and The Prestige at PGA West to open the spring season.

Five different LSU golfers have tied for or captured outright individual championships this season, including seniors Brandon Pierce and Eric Ricard and sophomores Sam Burns, Luis Gagne and Nathan Jeansonne. Pierce received the AJGA David Toms Overcoming Adversity Award presented by the GCAA, while Burns was recently selected to represent the United States at the Arnold Palmer Cup this summer.

Ranked as high as No. 3 nationally ahead of the championship season in the latest Golfweek/Sagarin Performance Index, the Tigers are just two years removed from a sweep of SEC and NCAA championships in 2015.

The Jan Strickland Award is selected by the GCAA and presented by TaylorMade-adidas Golf, which has served as the sponsor of the award since its inception in 2003. Each year, the award seeks to reward the assistant coach for NCAA Division I, II, III, National Association of Intercollegiate Athletics or National Junior College Athletics Association that has excelled in working with their student-athletes to achieve success both on the course and in the classroom.

The winner of the 2017 Jan Strickland Award will be announced in the coming weeks as the recipient will have the opportunity to further his professional development with an invitation to the TaylorMade-adidas Golf Kingdom located in Carlsbad, California.