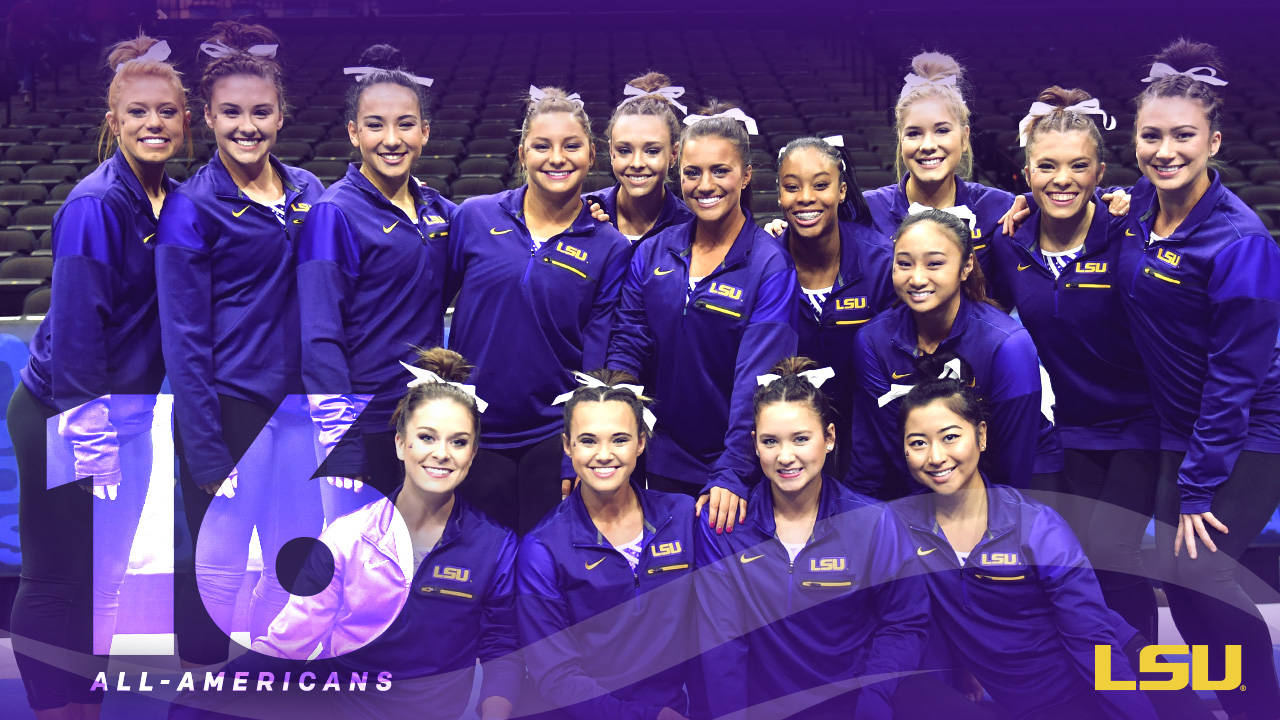 BATON ROUGE — Eight LSU gymnasts combined to earn 16 National Association of Collegiate Gymnastics Coaches (NACGC) All-America honors for the most in a single season in school history and the most in the country in 2017.

Sophomore Sarah Finnegan led the Tigers with honors on four events. Finnegan became the first NCAA bars national champion in school history when she earned a score of 9.95 on Friday night. The Missouri native finished eighth overall on beam with a 9.9125 and third overall on floor with a career high 9.95. Finnegan also totaled a 39.5875 in the all-around to set a new career high.

Senior Ashleigh Gnat won the NCAA floor championship with a score of 9.9625 and finished with a 9.90 on vault and 9.9375 on beam for three honors. Gnat ended her career as a 17-time All-American for the second most in school history.

Junior Myia Hambrick also earned three All-America honors to push her career total to 12. Hambrick’s career All-America honors are tied with Susan Jackson for the fourth-most in school history. The Temple, Georgia native posted a 9.9375 on beam, 9.95 on floor and 39.5875 in the all-around at the meet.

Senior Sydney Ewing earned her first vault All-America honor and third on beam at NCAA Championships after scores of 9.9625 and 9.90 respectively. Junior Erin Macadaeg was named an All-American for the first time in her career after a 9.90 on beam. Sophomores McKenna Kelley and Lexie Priessman rounded out the group of All-Americans on floor and bars. Kelley posted a 9.95 on floor and Priessman scored a 9.925 on bars.

LSU gymnasts have combined to earn 169 All-America honors in the school’s history. With 42 regular season honors since the award’s inception in 2013, the program has 211 total All-Americans.