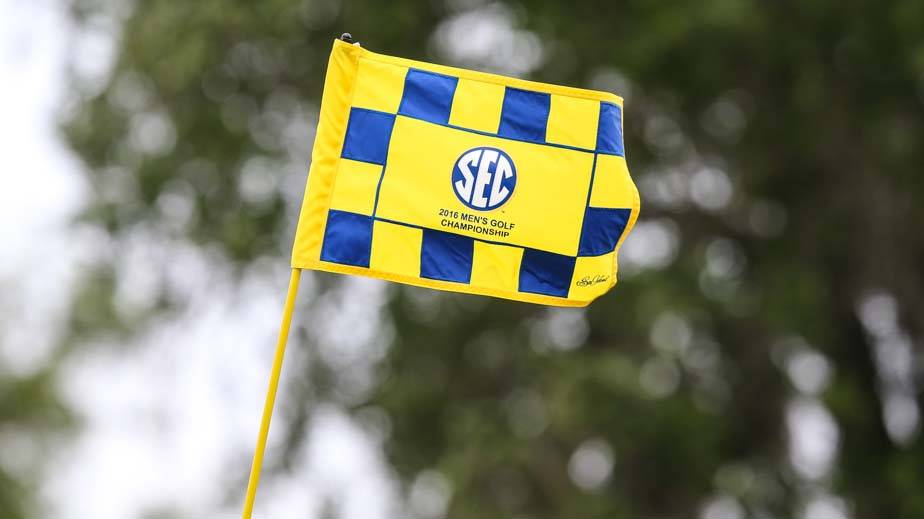 The SEC Championship has been held in St. Simons Island in each of the last 17 seasons with Sea Island Golf Club’s Seaside Course playing host to the event for the 15th time since the 2001 season. The course will be set to a par 70 and 6,898 yards for the extended four-day championship.

Teams will play 54 holes of stroke-play qualifying with two rounds Friday beginning at 6:20 a.m. CT and one round on Saturday beginning at 6:30 a.m. before the field is cut to eight teams competing in single-elimination match play for the conference title. Match-play quarterfinals are set to tee off Sunday at 6:30 a.m. followed by the semifinals in the afternoon at Noon.

The two teams advancing to the SEC Championship Match square off Monday with play set to begin at 6:30 a.m. CT. The SEC Network will air a tape-delayed review show on Sunday, April 30, from 9-10 a.m.

Led by the nation’s No. 2-ranked player in sophomore Sam Burns, two other top-35 players nationwide in senior Brandon Pierce and sophomore Luis Gagne, senior All-American Eric Ricard and freshman phenom Philip Barbaree, the Tigers look to challenge for their second SEC title in three seasons and 17th championship in the history of the LSU program.

LSU placed fifth at the SEC Championships a year ago in defense of its crown from the 2015 spring season that culminated with the Tigers being crowned national champions as the top team in all of college golf.

Last Year at the SEC Championships

Georgia edged Texas A&M by three shots to claim the 2016 SEC Championship as the Bulldogs posted a title-winning score of 13-over par 853 in 54 holes in the final season of the traditional stroke-play format to decide the conference champion. Arkansas and Florida tied for third place at 21-over par, while LSU rounded out the Top 5 of the final team standings in fifth place at 24-over par.

Georgia All-American Lee McCoy made it a sweep of SEC titles for the Bulldogs as he finished two strokes in front of Kentucky’s Tyler McDaniel with a score of 3-under par 207 to claim the individual title.

Pierce was the top Tiger on the leaderboard as a junior last spring when he carded 7-over par in three rounds to tie for 13th place overall. All-American Zach Wright followed Pierce in a tie for 18th place while recording 8-over par in his final SEC Championships, while Burns tied for 25th place at 9-over, Ricard tied for 36th place at 12-over and Gagne tied for 38th place at 13-over.

SEC Teams in the National Rankings

The Tigers are certainly a contender for the conference title heading into the weekend as they arrive in St. Simons Island with a No. 3 national ranking in the latest Golfweek/Sagarin Performance Index released late on Tuesday. LSU is also the No. 7-ranked team nationally in the most recent Golfstat rankings also published Tuesday.

The Tigers have certainly hit their stride ahead of the championship season while winning three team titles and earning six top-four finishes in their six tournament appearances during the 2017 spring season.

After opening the spring campaign with a defense of its team title at The Prestige at PGA West, LSU captured back-to-back tournament titles at the Aggie Invitational on April 2 and its own Tiger Classic on April 13 in the last two team appearances ahead of the SEC Championships. The Tigers also placed third at the Louisiana Classics and General Hackler Championship before tying for fourth place at the Valspar Collegiate Invitational.

Their performance this spring continues their outstanding performance from the fall campaign in which they scored consecutive tournament titles at the Maui Jim and David Toms intercollegiates in 2016.

This marks the fifth-straight tournament in which Winstead has elected the same starting lineup as this quintet has featured in each event since the General Hackler Championship back in March.

Burns will tee off Thursday as the No. 2-ranked player in the country in the Golfweek individual rankings after running his streak of top-10 finishes this season to 12-straight when he tied for eighth place at LSU’s single-day Tiger Classic last week. That’s where Gagne also placed second individually and Pierce followed in fifth in leading the Tigers to their fifth win this year.

Burns, who was recently named to Team USA’s Arnold Palmer Cup squad this summer and a semifinalist for the Ben Hogan Award, has cracked the Top 10 in each of his 12 appearances this season and continues to lead the team with a 69.76 scoring average in his 33 competitive rounds for the year. As a sophomore, Burns is on pace to take down his 72.42 scoring average as a freshman in 2015-16 and Pierce’s single-season scoring record for the Tigers of 71.16 set during their the 2014-15 campaign.

Ricard makes his 12th appearance of the season as he boasts a 73.00 scoring average and three Top 10s this year, while Barbaree owns a 73.73 stroke average in six starts this spring after enrolling at LSU in January.

Following their title challenge at the SEC Championships this weekend, the Tigers are poised to earn the No. 1 seed in their own NCAA Baton Rouge Regional next month as their road to the NCAA Championships starts on their home course at the University Club from May 15-17. The top five teams at the NCAA Baton Rouge Regional will be among the 30 teams playing at the 2017 NCAA Division I Men’s Golf Championships being held May 26-31 at Rich Harvest Farms Golf Club in Sugar Grove, Illinois.