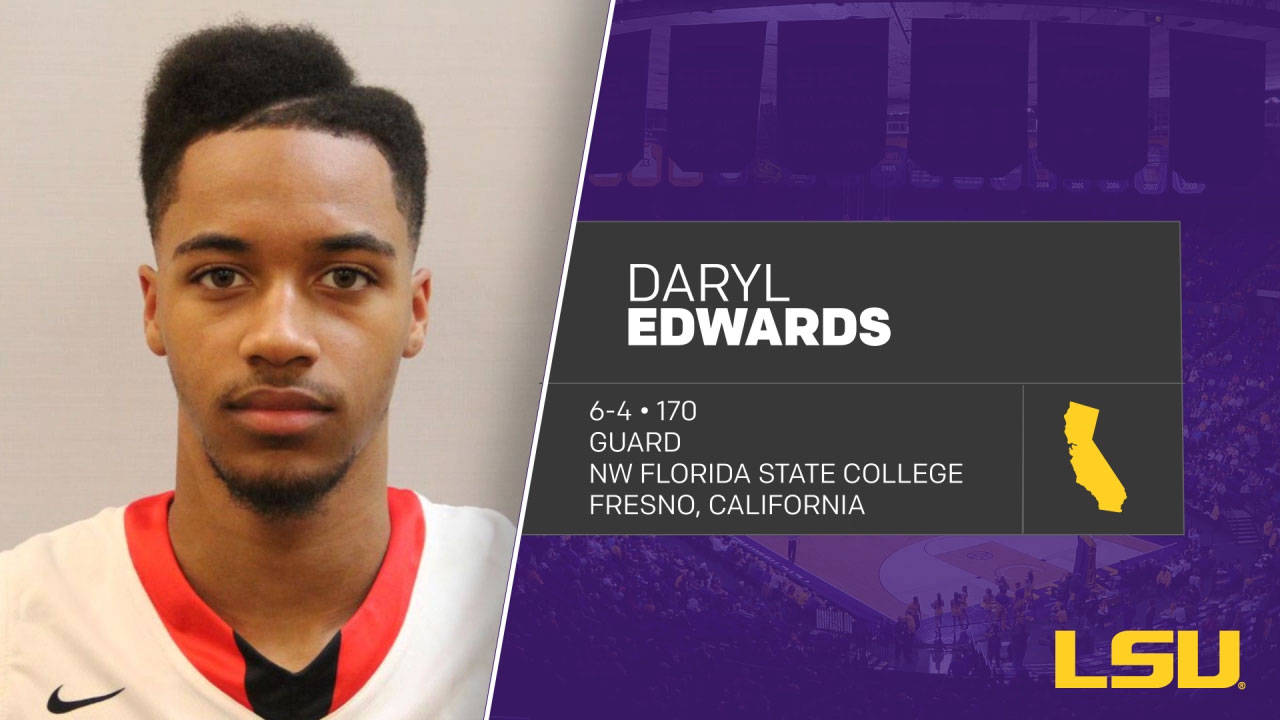 For LSU Coach Will Wade, Edwards is the second signee for him and his coaching staff in the 2017 spring period.

Edwards, originally from Fresno, California who prepped at Fresno Central High School, has been part of a junior college team that advanced to the Elite Eight in 2016 and the semifinals in the national junior college tournament in 2017.

“We are excited that Daryl is joining our Tiger program,” said Coach Wade. “He’s a combo guard who has an unlimited range. He’s long and has great length which will serve him well on and off the ball. Daryl Edwards is a welcome addition to our program.”

The team advanced to the final eight teams under Coach Steve DeMeo in the national junior college tournament.

The consistent stats continued through his sophomore season this past year as he averaged 13.6 points per game, 3.1 rebounds, 3.9 assists and 28.4 minutes per game. He shot 48.9 percent (161-of-329) and shot over 46 percent from the arc (76 treys). He ranked 23rd in national junior college stats in three-point percentage.

Edwards and NW Florida State, after winning the Panhandle Conference title, advanced all the way to the national JC semifinals, averaging 19.3 points in the tournament and earning NJCAA Division I All-Tournament honors. He is the No. 23 ranked junior college player in the country.