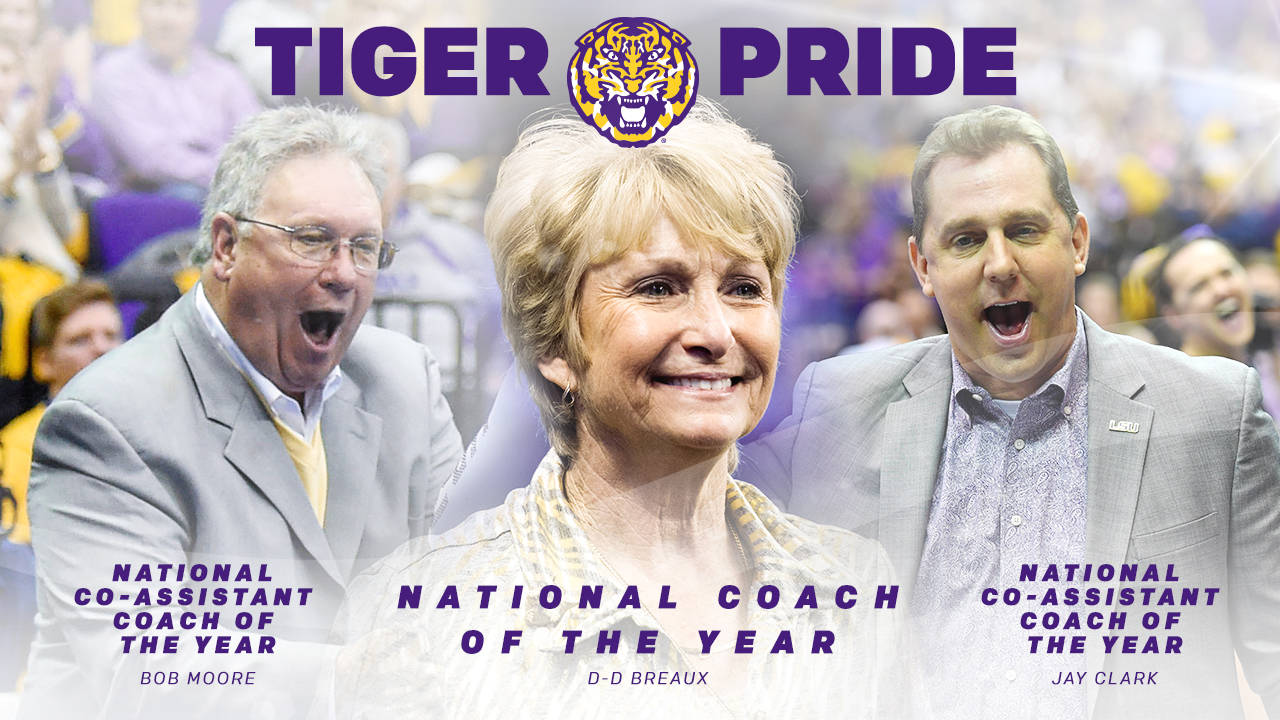 The awards are voted on by Division I coaches across the country. It marked the second time that the trio has swept the national awards. Breaux, Moore and Clark also earned the honors in 2014.

LSU finished as the NCAA National Runner-Up for a second-straight season to match the best finish in school history. The Tigers posted nine scores which rank in the top-25 in school history, including the 198.275 in Semifinal II for the second-best score at an NCAA Championship ever.

Overall, LSU was one of the most consistent teams in the country with a score of 197 or better in every single meet for a new school record. The Tigers are currently on a streak of 23-straight meets with a 197 or better, which bested the previous record of 15.

The two have coached the most individual champions in their respective events in NCAA history with Moore leading seven champions on vault and Clark tutoring eight champions on bars.

LSU is expected to return 12 gymnasts from the 2017 squad and 16 of 24 routines competed at the NCAA Championship. The deadline for season ticket holders is quickly approaching. Visit LSUtix.net to log in to your account and renew by the April 30 deadline.