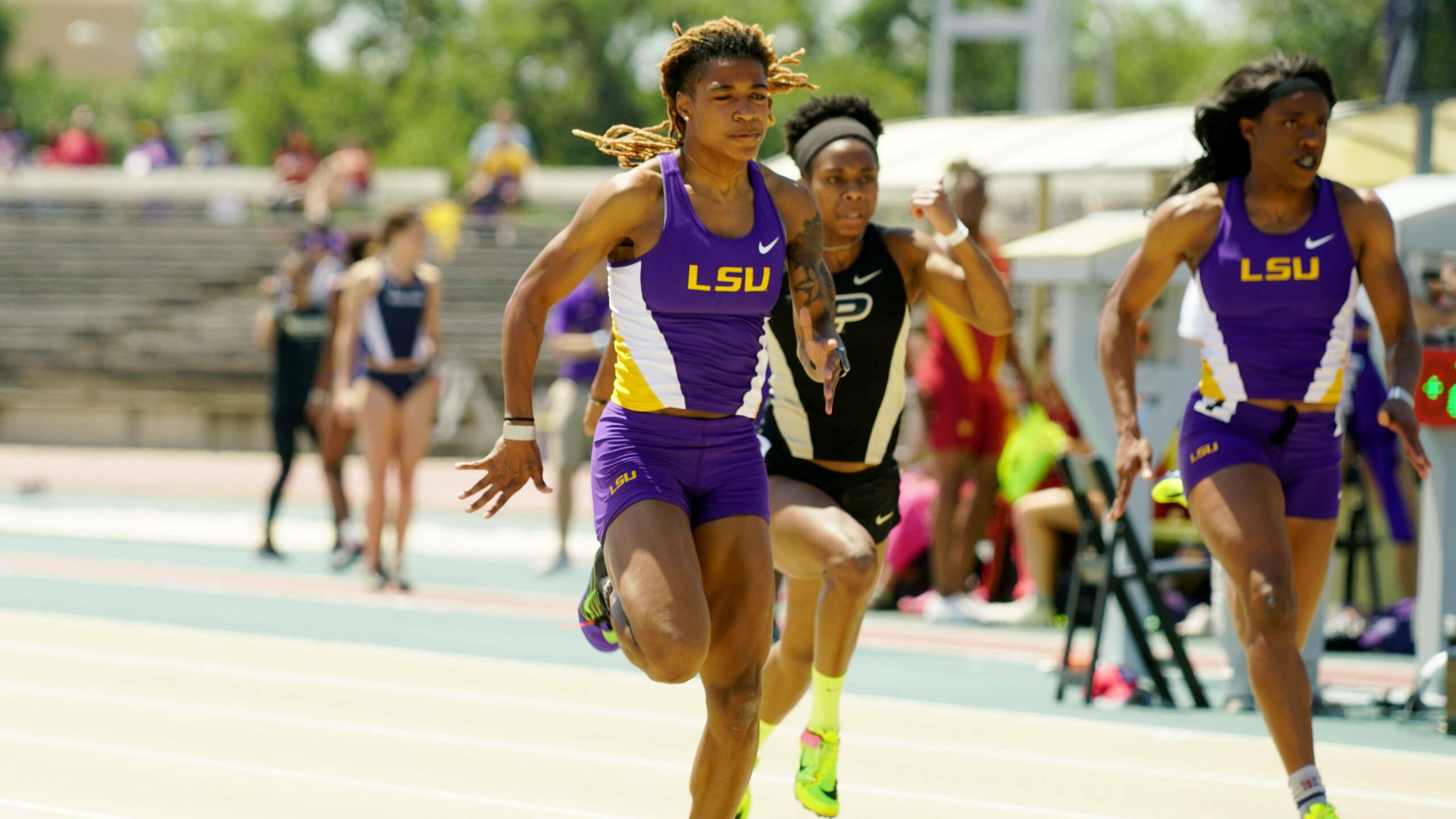 BATON ROUGE – While preparing to compete Friday afternoon at the Mt. SAC Relays, LSU junior Aleia Hobbs was voted the HERO Sports NCAA Division I Women’s Track & Field HERO of the Week for her then-World-leading performance at the Battle on the Bayou held at the Bernie Moore Track Stadium just six days before.

Hobbs added to her week in which she was also named the U.S. Track & Field and Cross Country Coaches Association Division I Women’s National Athlete of the Week and SEC Women’s Runner of the Week.

Hobbs pulled double duty at LSU’s Battle on the Bayou on April 8 as she anchored the women to a Bernie Moore Track Stadium record of 42.66 seconds in the 4×100-meter relay before sprinting to a wind-legal PR with a previous NCAA-leading and World-leading time of 11.07 in the 100-meter dash just an hour later.

Hobbs anchored LSU’s sprint relay team that also featured Mikiah Brisco, Kortnei Johnson and Jada Martin as they ran the No. 2-ranked time in the NCAA this season to finish nearly two seconds ahead of Purdue in the second position with a time of 44.55. Their winning time of 42.66 eclipsed their previous seasonal best of 42.86 from the Texas Relays a week before and smashed LSU’s own 9-year-old Bernie Moore Stadium record of 42.84 set during the 2008 season.

The Lady Tigers’ 4×100-meter relay carried that momentum to the Mt. SAC Relays on Saturday where they destroyed LSU’s 28-year-old school record in the event with the second-fastest time in collegiate history in an improbable 42.14 to finish runner-up to Oregon’s collegiate record of 42.12. Both LSU and Oregon ran below the previous collegiate record of 42.34 set by the Ducks two weeks ago at the Florida Relays.

Hobbs and her teammates took down LSU’s school record of 42.50 that stood for 28 years after Tananjalyn Stanley, Dawn Sowell, Cinnamon Sheffield and Esther Jones set the previous mark in the 1989 season.

At the Battle on the Bayou, Hobbs returned to the track less than an hour after the relay and dominated the field in the women’s 100-meter dash with a wind-legal personal best of 11.07 (+2.0) that stood as the NCAA-leading and World-leading time for one week. Oregon’s Deajah Stevens established the new leading time of 11.00 at the Mt. SAC Relays on Saturday.