Gymnastics Set to Compete for Spot in Super Six 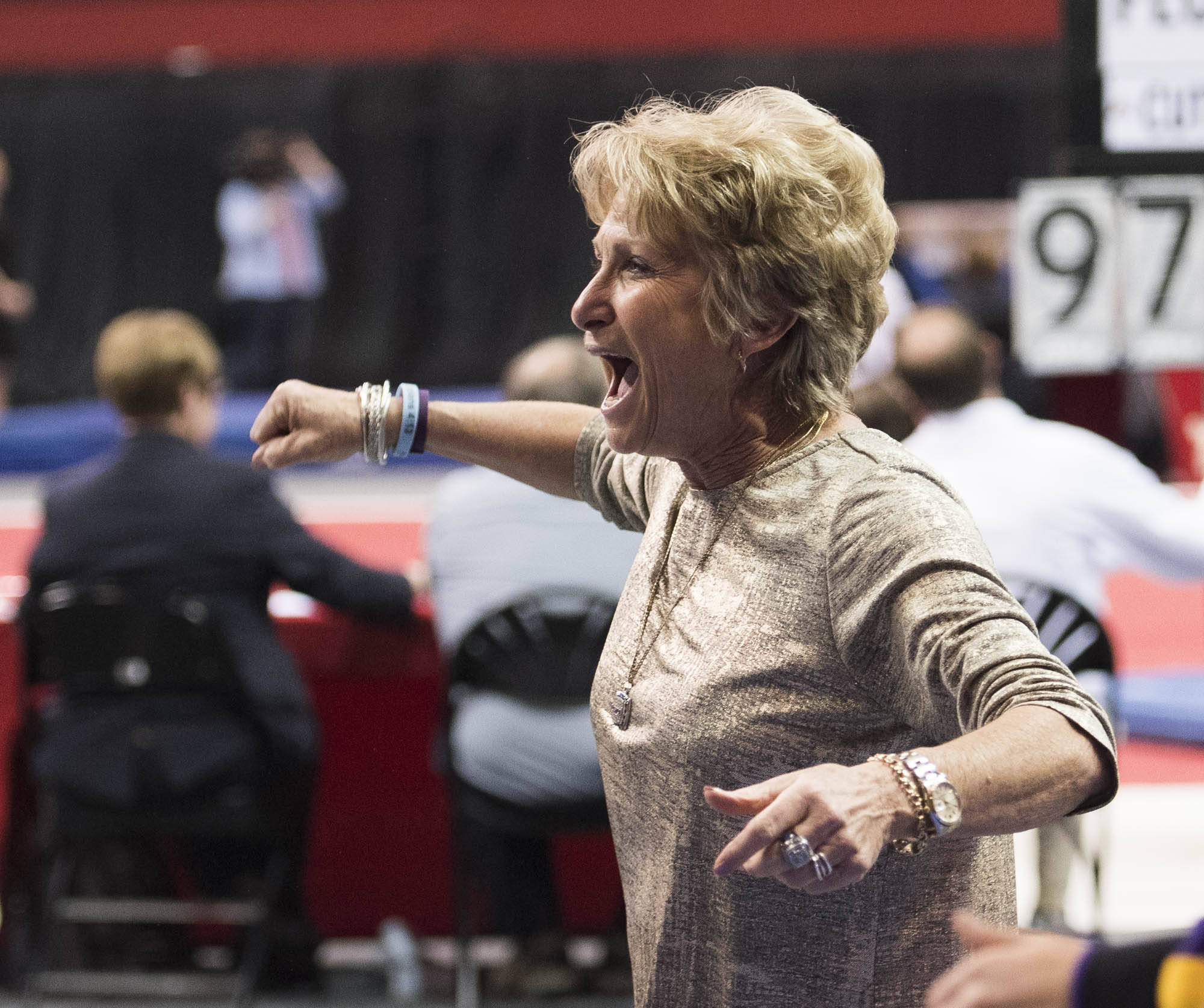 ST. LOUIS – The second-ranked LSU gymnastics team (25-1) is set to compete for a spot in the program’s sixth Super Six at the 2017 NCAA Championship in Semifinal II at 7 p.m. CT Friday inside Chaifetz Arena.

The Tigers are the No. 2 overall seed and the top seed in the evening session, which features No. 3 Florida, No. 6 Alabama, No. 7 Michigan, No. 10 Georgia and No. 13 Nebraska.

The meet will be televised live on ESPNU with Bart Conner, Kathy Jonson Clarke and Laura Rutledge on the call. Full coverage will change over to ESPN at 8 p.m. CT. It will also be streamed live on WatchESPN.com and the app with both event specific and team specific links so that fans can enjoy all of the action.

This meet marks the third time the squad has competed on podium. The others came earlier this season at the GymQuarters meet in St. Louis and in Jacksonville for the SEC Championship. The Tigers rotation will be: bye, floor, vault, bye, bars, and beam.

The top three finishers in semifinal I will meet the top three teams from semifinal II in the Super Six at 8 p.m. CT Saturday. The first semifinal is comprised of No. 1 Oklahoma, No. 4 Utah, No. 5 UCLA, No. 8 Oregon State, No. 9 Denver and No. 13 Washington.

Breaux Previews NCAA Semifinal II
“We’ve had such great preparation over the last two weeks,” head coach D-D Breaux said. “We have to start out strong tomorrow and never let up. It is important to go out there and be aggressive but relaxed. This team has not disappointed us once this season, and I am looking forward to tomorrow’s meet.”

One of Two Teams in Country with 197 or Better All Season
No. 1 Oklahoma joins LSU as the only teams in the country to earn a 197 team score or better in every single meet this season. The Tigers have set seven scores in the top-25 in school history so far this season. In the final SEC meet of 2017, the squad posted a 198.150 at home against Florida for the third-highest score in school history.

Gnat Named Best Senior Gymnast in the Nation
Ashleigh Gnat was named the winner of the 2017 AAI Award, which is given to the top senior gymnast in the nation. The winner is voted on by the nation’s coaches and considered the highest honor of women’s gymnastics. Gnat joins two-time NCAA Champion Susan Jackson as the only winners in school history.

The Lake Mary, Florida native finished the regular season ranked No.1 on vault, No. 4 on floor and No. 8 on beam. She owns 11 floor titles this season, which is the school record for the most in a single season. For her outstanding season, Gnat was named the SEC Specialist of the Year and Central Region Gymnast of the Year.

Tigers Own Top-Three Rankings on All Four Events
Breaux along with assistant coaches Bob Moore and Jay Clark have led the squad to the No. 1 ranking on vault No. 2 ranking on beam and floor, and No. 3 rankings on bars. Moore has directed the LSU vault lineup to scores of 49.625 and 49.600 against Florida and at Alabama respectively. The scores are the top two in the nation by any team over the past two seasons.