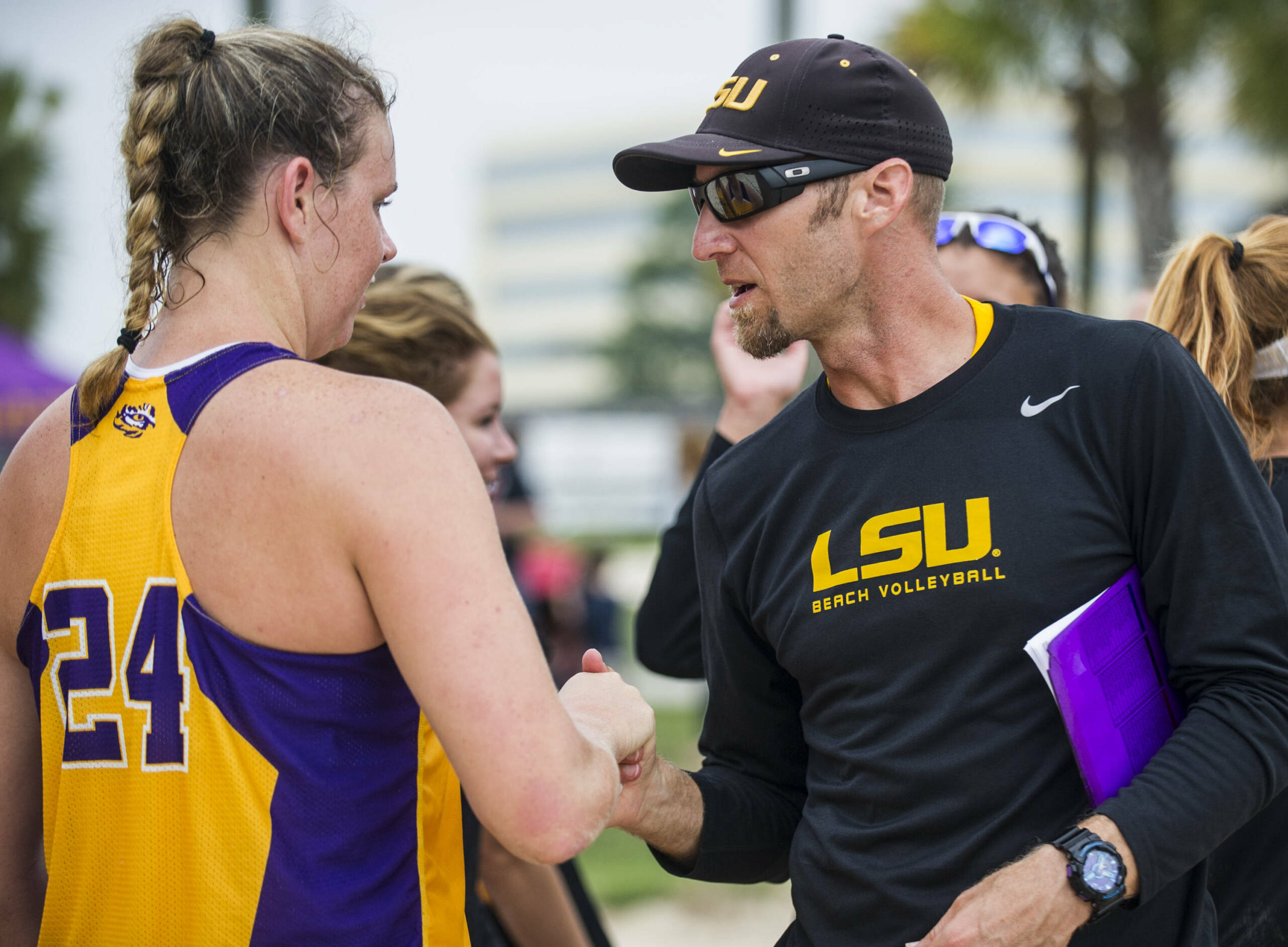 BATON ROUGE, La. – Riding a 16-match winning streak, the No. 7-ranked LSU beach volleyball squad (18-5) will host its final home tournament of the season, as well as the final set of regular season matches before championship season on Friday and Saturday in the Battle on the Bayou at Mango’s Beach Volleyball Club off of Sherwood Forest.

LSU will take on Texas A&M-Kingsville and Louisiana-Monroe on Friday at 3 p.m. and 7 p.m. CT, wrapping up the weekend with matches against Texas A&M-Corpus Christi and No. 10 Georgia State at 11 a.m. and 2 p.m. CT, respectively.

Admission to both matches is free, and the first 200 fans will receive beach volleyball tank tops on Friday. On Saturday, crawfish will be served following the conclusion of LSU’s match against Texas A&M-Corpus Christi. Fans are also reminded of the Geaux Clear policy that will be in effect at the venue.

“We are really looking forward to playing at home again this weekend. It’s always fun to play at Mango’s in front of our friends, families and fans. It’s a great environment, and the competition is going to be great,” said head coach Russell Brock.

“We had a chance to see (Texas A&M) Kingsville and Corpus Christi last weekend, and we know they are going to be a tough matchup. ULM always plays us well, so we don’t expect anything different. Georgia State is one of the best teams in the country, so there’s no doubt that will be a big match to finish up the weekend.”

Since starting the season at 1-4, LSU has dominated its opponents, winning 17 of its last 18 matches dating back to the East vs. West Invitational. In the last eight matches, LSU has also outscored its opponents 25-5, winning five of the matches in 5-0 sweeps.

LSU is led by No. 1 freshman duo Claire Coppola and Kristen Nuss who have compiled a team-high 20-3 record this season with a 12-1 record on court one. In just their first season, the pair has collected wins over seven ranked opponents, including six in the top-10. Nuss and Coppola have also notched 15 points in straight sets this year.

No. 3 pair Katie Lindelow and Olivia Powers have put up strong numbers since partnering at the East vs. West Invitational. Lindelow and Powers have won 15 of their last 16 matches to earn an overall record of 15-3 record for the second-best record on the team. Defensively, the duo hasn’t allowed more than 10 points in at least one set in half of their matches.

At the four, Cati Leak and Maddie Ligon boast a record of 14-4 this season with victories over six-ranked teams.

Playing primarily at the five flight, sophomore Megan Davenport has appeared in all but one match, collecting an individual record of 20-2. Davenport has also put up a point in 29 of her last 32 matches dating back to last season.

“We want to play well at home and have a great showing this year. It’s really important for us to have a great weekend and finish up the regular season well,” added Brock.

“Our goals that we set at the beginning of the season are still out there, and we don’t plan on letting up. We want to play the best we’ve played all year over the next two days.”