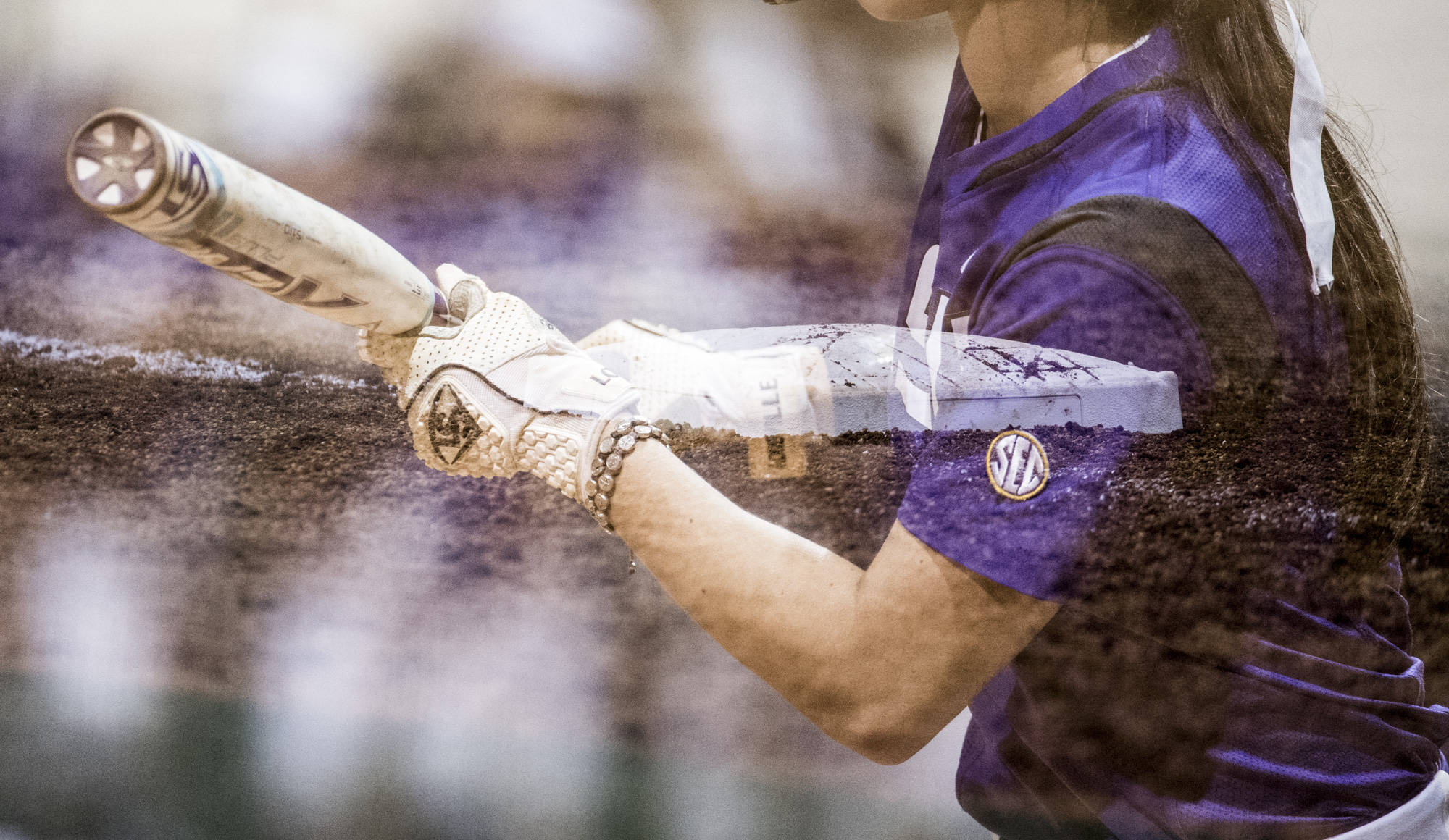 BATON ROUGE, La. – The No. 11 LSU softball team closes out its road swing this weekend, traveling to Oxford for a three-game SEC series against the No. 22 Ole Miss Rebels this Friday and Saturday.

All three games of the series will be streamed online on SEC Network+, available through WatchESPN and the WatchESPN App. Patrick Wright, the voice of LSU softball, will be on hand for all three games in Oxford, calling the game on Talk 107.3 FM locally in Baton Rouge, and for free online at LSUsports.net/live.

The Tigers got a bit of unexpected extra practice time and rest this week as the team’s midweek game against McNeese State in Lake Charles was cancelled due to weather in the area. It was the first cancellation of the season for the squad, as the two sides will look to see if there is a possibility of rescheduling the contest later this season.

LSU goes into the game against Ole Miss at 32-9 on the year and 8-4 in the SEC, still in a very favorable position going forward as the team remains at No. 10 in the latest release of the RPI and tied for fifth place in the league standings with four more weekends to go in the regular season and games against teams that are all in the top 40 of the RPI. Ole Miss is the 36th ranked team in the RPI.

On Wednesday, the team learned that seniors Bailey Landry and Sahvanna Jaquish were named as finalists for the USA Softball Collegiate Player of the Year. The duo were two of 34 that made the final cut that will be whittled down to 10 and then to the final three before the winner is announced prior to the start of the Women’s College World Series in Oklahoma City.

In the three games against Alabama last weekend, the Tigers produced 12 hits and accounting for seven of them at the plate was senior outfielder Landry. Landry hit .636 in the series against the Crimson Tide, as she currently leads the nation with her .515 batting average and 69 total hits. She currently has 21 multi-hit outings this season and 76 for her career which is fifth all-time at LSU, seven shy of tying Stephanie Hastings’ record of 83.

Batting .362 and leading the team in RBIs with 42 is Jaquish. She’s tied for the lead in doubles with seven and two off of the home run lead with six and has an on-base percentage of .541 which has been aided in the fact that she’s been walked 37 times this season. The Highland, California, native only registered two at-bats in the series this past weekend as she was walked seven times, including tying the school record for most in a game with four in the series opener.

LSU’s pitching staff comes into the contest with an ERA of 1.52, allowing just seven runs last weekend. Opposing teams are only batting .177 against Tiger pitching, as the team has tossed 11 shutouts with 57 earned runs given up.

One of those complete-game shutouts came from sophomore Sydney Smith, firing her third straight 1-0 shutout in the team’s win on Saturday, as she and Allie Walljasper are tied for the team lead with four each. Walljasper earned the start in two of the games and struck out 11 batters with just a single walk allowed, issuing just 14 free passes on the season with her 11-2 record in the circle.

Carley Hoover continues to lead the team with a 0.95 ERA in 88.1 innings of work, striking out 115 batters with a .134 opponent batting average on the season.

LSU is taking on Ole Miss for the first time since the 2015 season, as the Tigers swept that series in Baton Rouge. Although LSU has won nine of the last 10 overall and 15 of the last 16 games against the Rebels, Ole Miss is in the midst of one of their best seasons as they are ranked in both national polls and coming off of a year where they made the NCAA tournament in 2016.

On finding the positives after the rainout at McNeese…

“It’s a good day getting a day of rest for our team. You try to find the positive in it, so it’s nice to not get back home at midnight or later and instead get a day of rest out of it. We’ll take it for what it is.”

On entering the home stretch of games in the regular season…

“They’re good. They have a really good offense and speed players that are potent. They bring a ton of offense and we’ll have to bring solid pitching against them.”

Enter the series with a 27-13 overall record and 3-9 mark in SEC play… Is coming off of a 4-0 win over Memphis Wednesday night… Is 14-5 at home this season… Has five wins over ranked teams in South Florida, Kentucky and Auburn… After LSU, the Rebels will have to travel to Florida, host Alabama and travel to Missouri to end the season… Currently batting .321 as a team with 344 hits… Have 39 doubles, 11 triples and 24 home runs as a team this season, slugging .445 with a .403 on-base percentage… Have stolen 82 of 95 bases on the season… Elantra Cox leads the team with a .485 hitting clip and 66 hits… Sport a team ERA of 2.45 with 11 shutouts… Kaitlin Lee leads the team with a 10-6 record, having five shutouts and a 2.24 ERA.

LSU opens its final stretch of home games over the next two weeks, beginning with hosting the Northwestern State Lady Demons at Tiger Park.