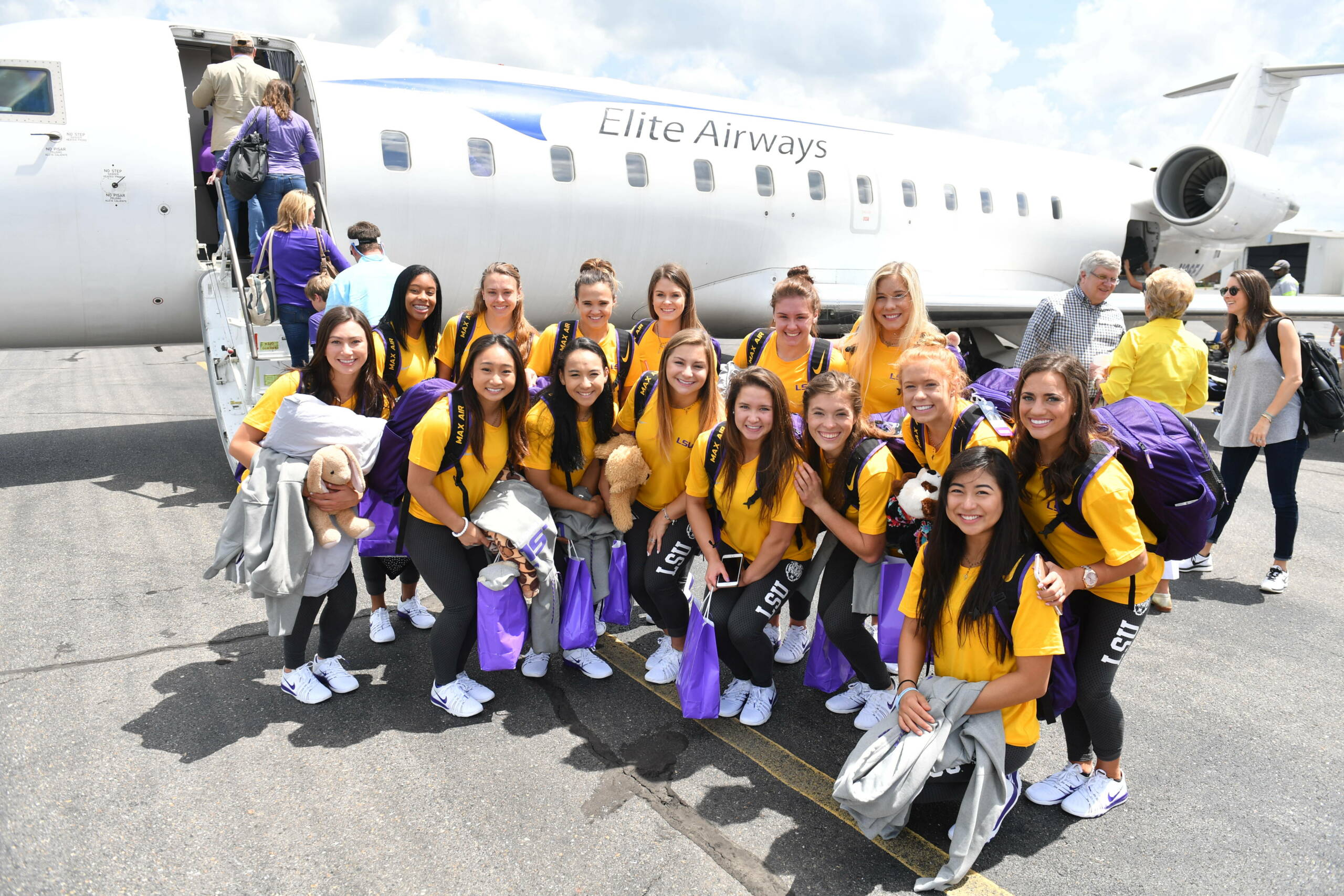 ST. LOUIS – With more than 100 fans, family members, LSU student-athletes and coaches, and administrators in attendance, the LSU gymnastics team was sent off to St. Louis in grand fashion Wednesday morning.

The squad used Wednesday as an off day from training after a strong week and a half of practice, which featured three intrasquads. Head Coach D-D Breaux used last Thursday and Friday as a chance to replicate the consecutive days of competition the team will face if they advance to the Super Six Final on Saturday night.

Breaux, along with assistant coaches Jay Clark and Bob Moore, used the final practice in Baton Rouge on Tuesday for an intrasquad with the same rotation the team will go through in Semifinal II (bye, floor, vault, bye, bars, beam)

The practice also marked the final time seniors Ashleigh Gnat, Sydney Ewing and Shae Zamardi trained at the state of the art Gymnastics Training Facility. The NCAA Championships will mark the last time one of the most accomplished classes in school history will compete for LSU.

The team will partake in the NCAA Banquet tonight where the 2017 AAI Award will be handed out. Gnat is a finalist for the award, which is given to the top senior in the country. The team will then get its first look at Chaifetz Arena during the practice day Thursday.

Three teams from Semifinal II will advance to the Super Six on Saturday. The Tigers are in search of the program’s sixth appearance in the championship final. The night session will be televised live on ESPNU beginning at 7 p.m. CT Friday. The meet will be moved to ESPN for the duration at 8 p.m. CT.

The buzz around the program has continued to grow as the team is set to compete in St. Louis. LSU unveiled billboards across the Baton Rouge area wishing the team good luck at nationals. Tiger Stadium also lit up last night with a message of good luck.

Fans are encouraged to send well wishes to the team. Take a photo with your fist over your heart (like a gymnast that just stuck her landing). Then post your pictures to social media using #AllHeart and email it to bberri1@lsu.edu for a special presentation for the team.