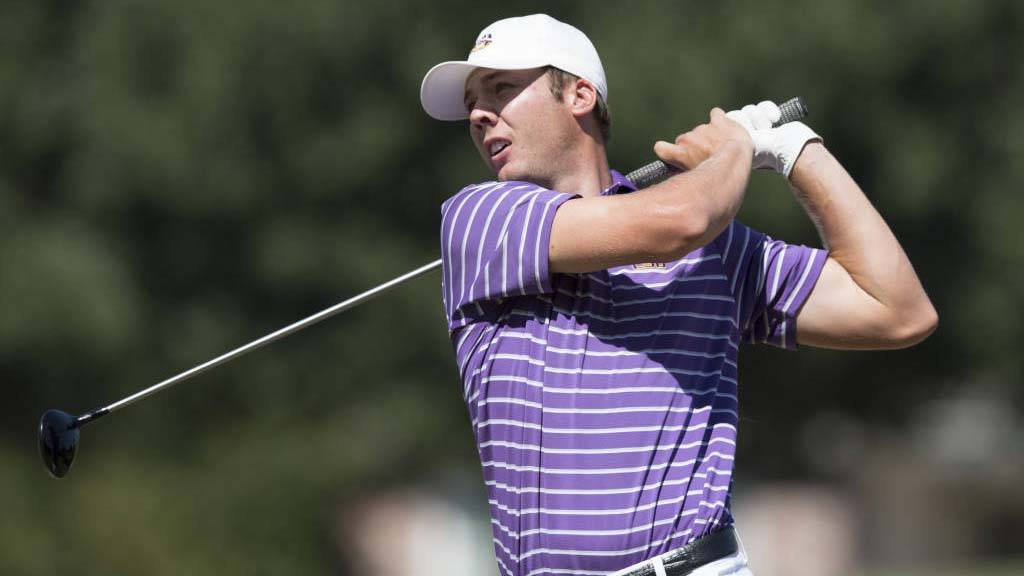 BATON ROUGE – LSU sophomore Sam Burns, the No. 1-ranked player in college golf in the latest Golfweek individual player rankings, was named Wednesday among the 10 semifinalists for the Ben Hogan Award in a joint announcement by Colonial Country Club, the Friends of Golf and the Golf Coaches Association of America.

Also a leading candidate for the Haskins Award and a recent pick to Team USA’s Arnold Palmer Cup squad, Burns has performed like a National Player of the Year candidate throughout the 2016-17 season.

The Ben Hogan Award presented by Konica Minolta Business Solutions USA, Inc. is presented annually to the top men’s NCAA Division I, II or III, NAIA or NJCAA college golfer taking into account all college and amateur competitions during the previous 12-month period. The Ben Hogan Award Selection Committee, which votes during each stage of the process, is comprised of leaders in amateur, college and professional golf.

The award, which was first issued in 1990 with academic achievement in its original criteria, revised its criteria for the 2001-02 season to its current standard of honoring the outstanding collegiate amateur golfer.

The list of 10 semifinalists will be cut down to just three finalists on Wednesday, May 3. The finalists for the Ben Hogan Award will attend a banquet at Colonial Country Club in Fort Worth, Texas, on Monday, May 22, as the winner will be honored prior to the start of the PGA TOUR’s Dean & DeLuca Invitational.

Burns recently ran his streak of top-10 tournament finishes to 11-straight in 11 appearances this season after tying for sixth place at Texas A&M’s Aggie Invitational on April 2. Among his 11 top-10 finishes this year are a pair of wins in LSU’s team events as he was crowned a co-champion of the David Toms Intercollegiate in the fall before also taking the individual title at the Louisiana Classics in Lafayette this spring.

A native of Shreveport, Louisiana, Burns is in the midst of a historic sophomore season at LSU with a team-leading scoring average of 69.48 strokes per round through his 11 tournament appearances. He is a cumulative 63-under par in those 11 previous starts with 27 of his 31collegiate rounds at par or better during the 2016-17 season.