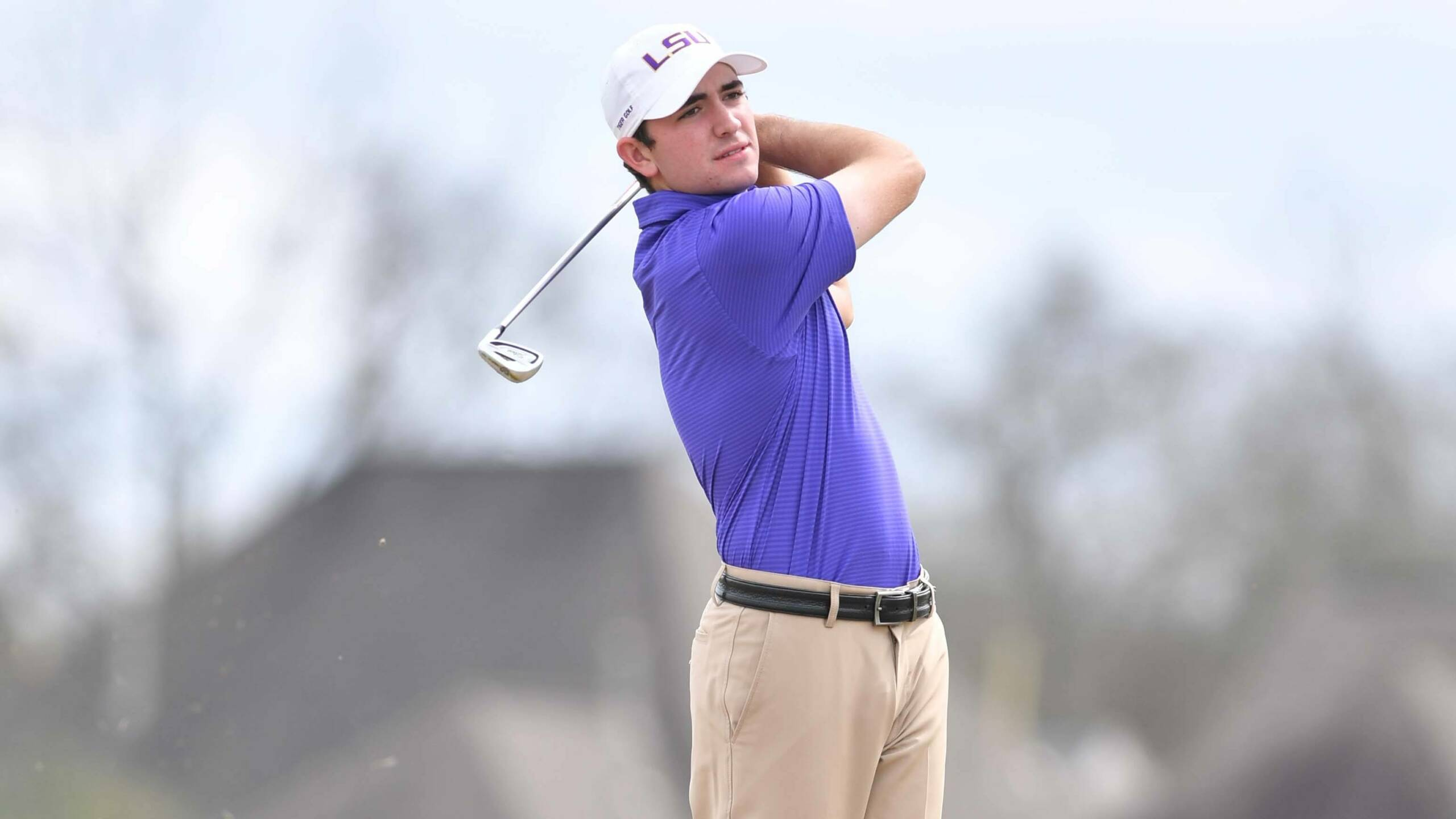 BATON ROUGE – The No. 4-ranked LSU Tigers will prepare for the SEC Championships next week by playing host to the one-day, 36-hole Tiger Classic on Thursday as they welcome the likes of No. 18 Texas A&M, No. 27 Arkansas, Centenary, McNeese State, New Orleans and Southeastern Louisiana to the University Club.

Each of the seven teams will tee off at 8 a.m. CT with a shotgun start as they will play two rounds at The University Club with a second round in the afternoon following the opening round in the morning. The Tigers are set to play alongside Arkansas and Texas A&M as they tee off from holes Nos. 1 and 16-18.

The Tigers are playing host to their second tournament at The University Club this season after they won the team title at the eighth-annual David Toms Intercollegiate during the fall season in October.

Thursday’s event will also give fans a preview of what’s to come at the NCAA Baton Rouge Regional next month as the Tigers are also set to play host to regional competition for the first time since the 2013 season. The NCAA Baton Rouge Regional is scheduled to run May 15-17 with the top-five teams in the field earning a trip to the NCAA Division I Men’s Golf Championships.

LSU in the National Rankings

The Tigers are ranked as high as No. 4 nationally in the latest Golfweek/Sagarin Performance Index released Thursday in the wake of their fourth team championship of the season at Texas A&M’s Aggie Invitational held April 1-2 at Traditions Golf Club in Bryan, Texas. LSU has also been crowned champion at the Maui Jim Intercollegiate in the fall and The Prestige at PGA West to open the spring season.

Burns will tee off Thursday as the No. 1-ranked player in the country in the Golfweek individual rankings after running his streak of top-10 finishes this season to 11-straight when he tied Pierce for sixth place overall on a rain-shortened weekend at the Aggie Invitational. They both shot 3-under par in two rounds before the final round was canceled due to weather.

Burns, who was recently named to Team USA’s Arnold Palmer Cup squad this summer, is a cumulative 63-under par in his 11 appearances this season and continues to lead the team with a 69.48 scoring average in 31 competitive rounds with 27 of his rounds being played at par or better. As a sophomore, Burns is on pace to demolish his 72.42 scoring average as a freshman in 2015-16 and Pierce’s single-season scoring record for the Tigers of 71.16 set during their the 2014-15 campaign.

Ricard makes his 11th appearance of the season as he boasts a 72.75 scoring average and three Top 10s this year, while Barbaree owns a 73.08 stroke average in five starts this spring after enrolling at LSU in January.

After playing host to the 36-hole Tiger Classic on Thursday, the Tigers will open up the championship season with a return trip to St. Simons Island, Georgia, next week for the 2017 SEC Men’s Golf Championships set to run April 21-24 at Sea Island Golf Club’s Seaside Course. The NCAA Baton Rouge Regional follows nearly a month later at the University Club.