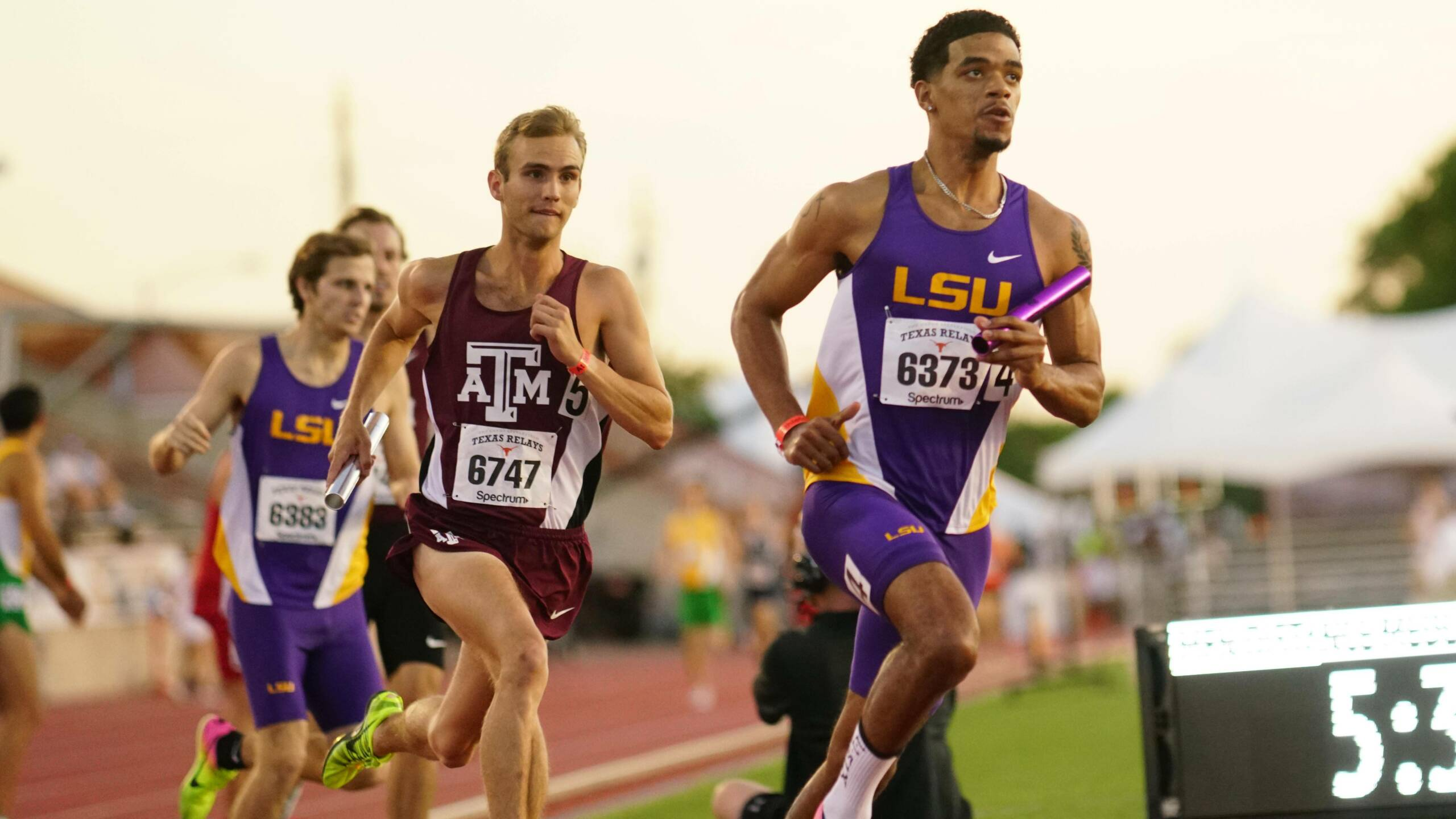 BATON ROUGE – The LSU Track & Field teams have spent their Spring Break week on the West Coast while preparing for appearances at the Mt. SAC Relays beginning Thursday at El Camino College’s Murdock Stadium in Torrance, California, and the Beach Invitational beginning Friday at Jack Rose Track in nearby Long Beach.

The Mt. SAC Combined Events will also be held at Azusa Pacific University in conjunction with the Mt. SAC Relays as LSU sophomore Brittany Kelly competes in the heptathlon on Wednesday and Thursday.

FloTrack will provide live streaming video of the Mt. SAC Relays on a subscription-only basis as fans can watch the Tigers and Lady Tigers in action throughout the weekend at http://www.flotrack.org.

LSU at the Mt. SAC Relays

LSU Track & Field will appear as a team at the Mt. SAC Relays for the first time in 14 years while last appearing in the event during the 2003 outdoor season. Former SEC Champion distance standout Laura Carleton is the last LSU athlete to make a splash in the meet when she set the Lady Tigers’ school record in the 5,000 meters with a time of 15 minutes, 44.41 that ranked ninth among collegians in 2013.

This weekend’s action at the Mt. SAC Relays is highlighted by a host of All-American and NCAA-title hopefuls opening their seasons on the track as senior Nethaneel Mitchell-Blake and junior Mikiah Brisco line up in the 100-meter dash; seniors Tremayne Acy and Jada Martin, junior Tinashe Mutanga and sophomore Jaron Flournoy run the 200-meter dash; and freshman Ruby Stauber runs her first 800 meters.

Both Brisco and Mitchell-Blake are NCAA finalists in the 100 meters from a year ago, while Acy and Martin have also appeared in 200-meter finals at the NCAA Outdoor Championships during their careers. Stauber is set to run her first 800 meters outdoors after earning an All-American fifth-place finish at the NCAA Indoor Championships in March.

This weekend will not only allow many to open their outdoor season with fast times on the track, but also give others the chance to improve their national standing as eight individuals and relays already ranking among the NCAA’s Top 10 this season will be in action at the Mt. SAC Relays and Beach Invitational.

That includes two NCAA leaders as senior Rebecca Wales throws the javelin on Friday at the Beach Invitational with a national-leading mark of 188 feet, 0 inches and junior Aleia Hobbs is a favorite in the Mt. SAC Relays 100-meter dash on Saturday with a national-leading time of 11.07 seconds this season. Sophomore Kortnei Johnson also runs the 100 meters with the NCAA’s No. 3-ranked time in 2017 at 11.13.

After returning from their Spring Break trip to the West Coast, the Tigers and Lady Tigers play host to back-to-back home meets to close out the regular season with their annual LSU Alumni Gold running Saturday, April 22, before the inaugural SEC Relays being held April 28-29 at the Bernie Moore Track Stadium. They will then kick off the championship season with a trip to Columbia, South Carolina, as the SEC Outdoor Championships are scheduled for May 11-13 at South Carolina’s Weems Baskin Track.