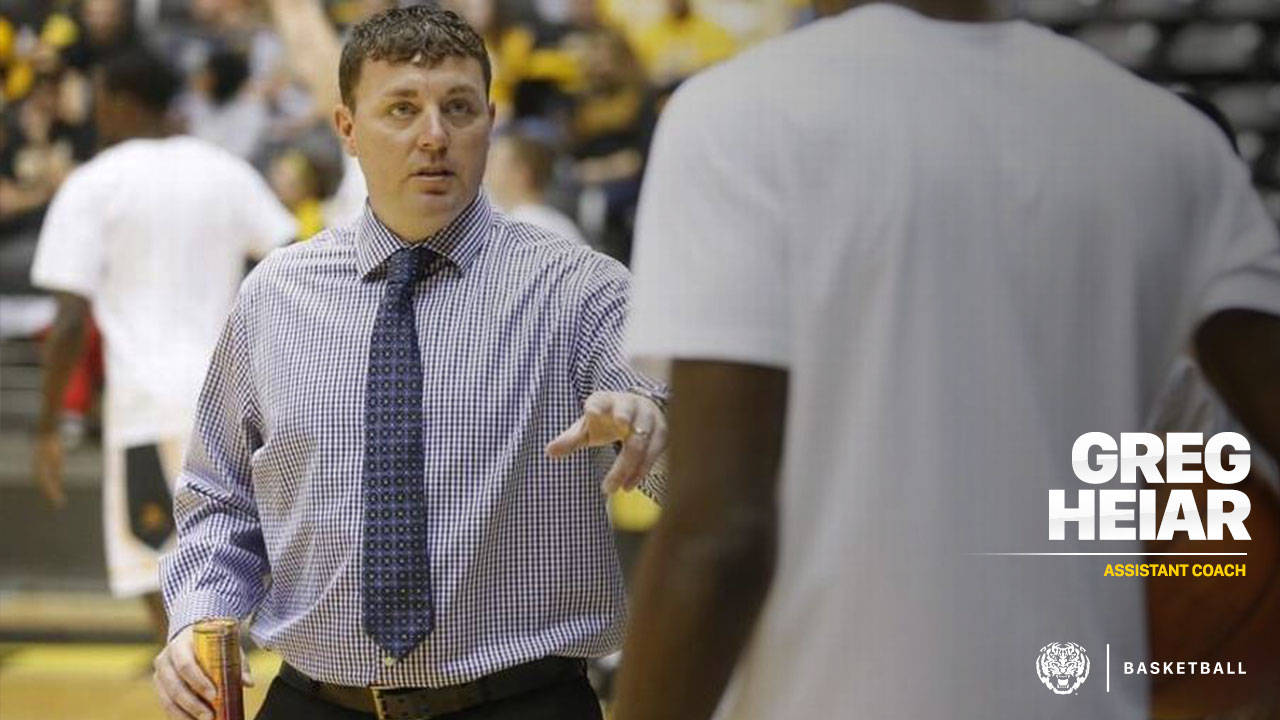 BATON ROUGE – LSU men’s basketball coach Will Wade has announced his second member of his coaching staff with the announcement of Greg Heiar as assistant coach.

Heiar (pronounced “higher”) comes to LSU after six seasons as an assistant coach at Wichita State.

“It is exciting that Greg Heiar will be joining our staff at LSU,” said Coach Wade. “His experience and passion for the game both as a top assistant and as a head coach has been proven over and over by being a consistent winner everywhere he has been. His ability to recruit great players at every coaching stop makes him an outstanding fit as we work to put the pieces together for the future success of LSU Basketball.”

In Heiar’s six years at Wichita State, the Shockers posted 179 wins and five Missouri Valley Conference regular season championships and six consecutive trips to the NCAA Tournament, including a run to the 2013 NCAA Final Four. He worked extensively with the guards and helped mentor All-Americans Ron Baker and Fred VanVleet.

He also served two seasons as an assistant coach at Southern Miss and five seasons as head coach at Chipola (Fla.) Junior College.

Both Baker and VanVleet would sign NBA contracts after the conclusion of their senior seasons in 2016. VanVleet would earn Missouri Valley Conference Player of the Year honors in both 2014 and 2016 finishing as the school’s career assists and steals leader. Baker would finish in the top 10 of WSU’s career scoring list.

The 41-year-old Heiar was part of the Shocker program in 2012-13 when the team defeated Pittsburgh, Gonzaga, LaSalle and Ohio State to advance to the NCAA Final Four.

“I would like to thank Coach Gregg Marshall for the time that I spent at Wichita State and helping put me in the position to have this type of opportunity,” said Coach Heiar. “This is a great opportunity for me and my family to work with a wonderful, young, energetic and passionate person in Coach Wade and the fabulous staff he is putting together at a University that has so much rich tradition, not only in basketball but in all the sports.

“I’m super excited and looking forward to the challenge that we have in front of us. What a wonderful location to be able to put Coach Wade’s plan in place in front of some great people in Baton Rouge and Louisiana. Coach Wade is someone I have known for a long time and he is someone I respect for his relentless work ethic, energy and knowledge for the game and the family atmosphere approach he preaches daily. Coach Wade is about building strong relationships, is a proven winner and a relentless recruiter. I’m excited to come to work with and for him and his staff.”

At Southern Miss, Heiar helped the Eagles to a pair of 20-win seasons (2009-11). The 2009-10 squad reached the Conference USA semifinals and a postseason bid in the CIT.

Before moving to Southern Miss, he served six years at Chipola Junior College, including the last five as the head coach (2004-09). His teams won 164 games during his head coaching tenure and was named Panhandle Conference Coach of the Year five times and Regional VIII Coach of the Year four times. His team won five Panhandle Conference titles and had four appearances in the National JC Tournament, including a third place finish in 2009.

In his time as head coach, Heiar coached 40 all-conference players and sent 39 players to Division I schools.

As a player, Heiar, a native of Dubuque, Iowa, earned second-team all-region honors at Kirkwood Community College in Cedar Rapids, Iowa after leading his team to the JC Nationals for the first time in school history.

He would end up at Mount St. Clare College (later Franciscan University) in Clinton, Iowa, where he was a two-year captain and team MVP. He was a first-team all-conference choice and led the team to its first conference title in school history. He graduated from Mount St. Clare in 2000.

He started his coaching career there as a student assistant before starting as a grad assistant and later full-time assistant at Loras College in Iowa.

Heiar and his wife, Jessica, have one daughter, Alexis.