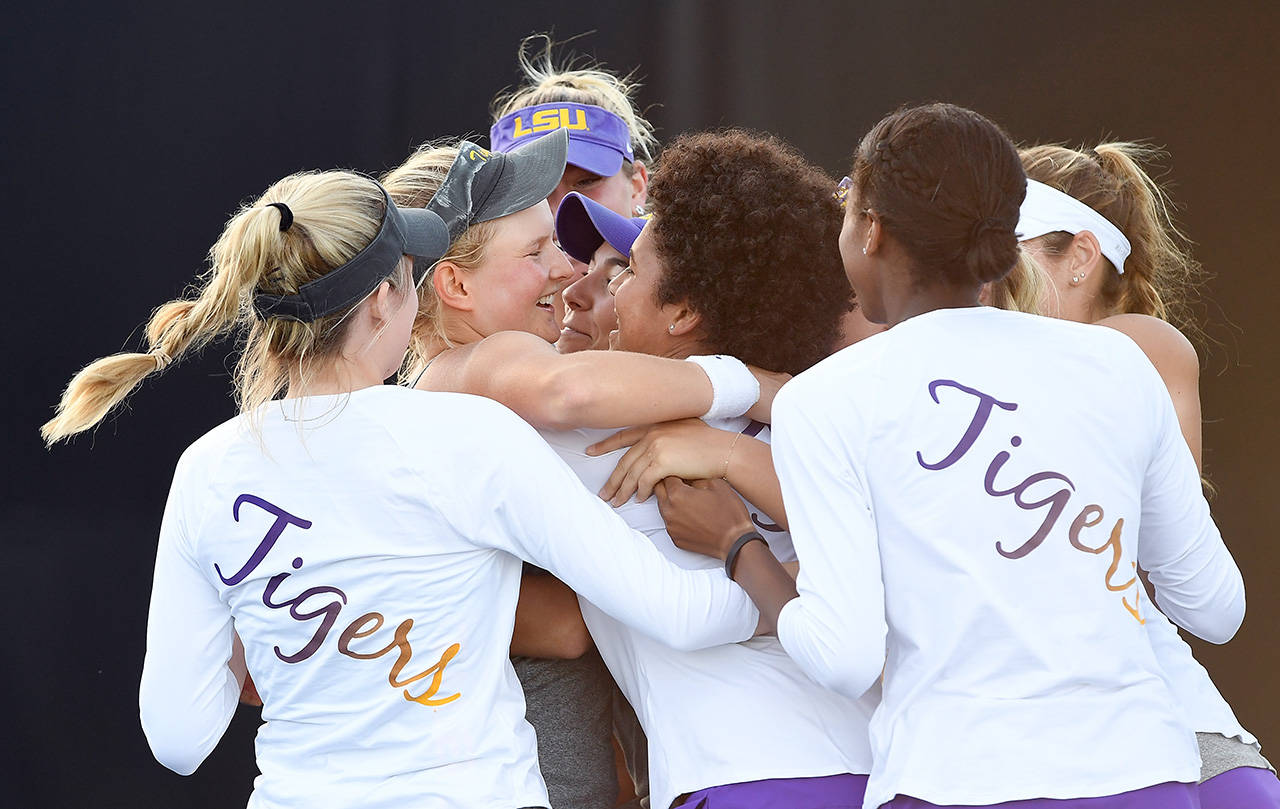 BATON ROUGE — The LSU women’s tennis team’s huge comeback win over No. 11 Kentucky this weekend propelled the Tigers to No. 19 in the latest Oracle/ITA rankings released Tuesday.

This marks the third time LSU has been ranked 19th this season and is the second-highest ranking for the team since it climbed to No. 16 after the program-best win over No. 5 Auburn in March.

The Tigers also placed three players in the latest singles rankings, with freshman Jade Lewis leading the way with a career-high ranking of 18th in the country.

After defeating No. 17 Aldila Sutjiadi of Kentucky, Lewis jumped 16 spots to No. 18, the highest ranking for an LSU freshman since Megan Falcon was ranked No. 2 in her freshman campaign in 2006.

Lewis has a 13-4 dual record with 12 wins for the Tigers on court one, eight of those wins against ranked opponents.

Joana Valle Costa jumped an incredible 42 spots to No. 60 thanks to her recent stretch of dominant form that has seen the senior win four straight matches, including two over top-100 opponents.

Junior Ryann Foster re-entered the rankings as well, coming in at No. 118 thanks to a crucial 6-3, 6-3 win over All-American Mami Adachi of Kentucky.

Foster leads the team with 23 overall wins dating back to the fall to go along with 10 doubles wins with court one partner Valle Costa. The Valle Costa/Foster pairing is ranked 23rd in the country.

The Tigers end the regular season on the road against No. 2 Georgia on Friday at 4 p.m. CT before heading to Knoxville to face No. 23 Tennessee Sunday at 11 a.m. CT.