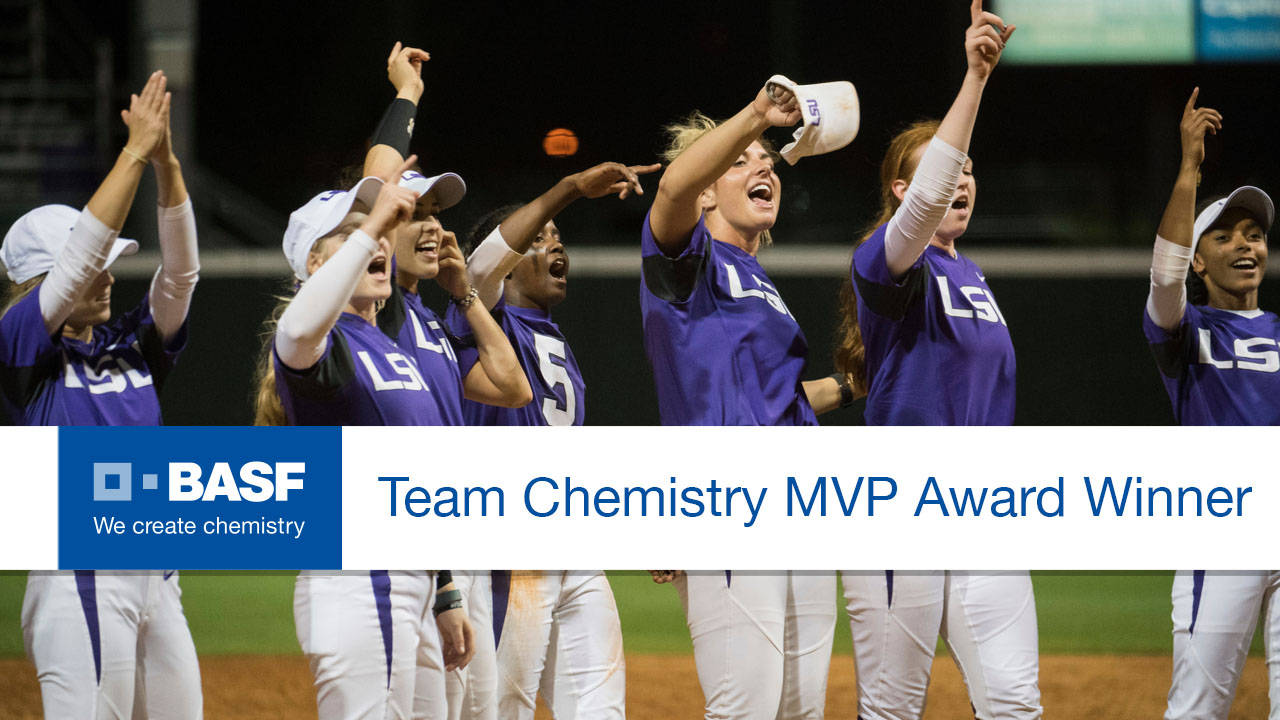 BATON ROUGE, La. – After finishing the month with seven consecutive victories and winning 16 total games, the LSU softball team has earned the BASF Team Chemistry MVP Award for the month of March.

Returning to the top 10 and finishing the month with 29 wins overall, the Tigers closed out the month winning 10 of their last 11 games to close March, which included a home sweep over Georgia and a victory against Mississippi State in a series opener that would lead to an eventual sweep as well.

The Tigers began the month winning five games in the LSU Invitational, hitting the road and earning a mercy-rule victory over then-No. 2 ranked Auburn at Jane B. Moore Field to open SEC play.

LSU then hit the road and played five games in three days in Kansas, earning a thrilling victory over Wichita State in extra innings, while getting big wins over Omaha, Kansas and Southeast Missouri State.

After the win over the Redhawks to close tournament play, LSU would go on a tear earning a walk-off win against Nicholls, before going on to sweep the Georgia Bulldogs and outscoring the visitors 7-3 over the course of the weekend series.

Following a five-inning win over ULM, LSU opened the series and ended March with a 7-2 win over Mississippi State. The Tigers would win the next two games in the series that spilled over into the first two days of April to extend the team’s streak to nine-straight.

LSU travels to take on McNeese State Tuesday at 6 p.m. in Lake Charles.