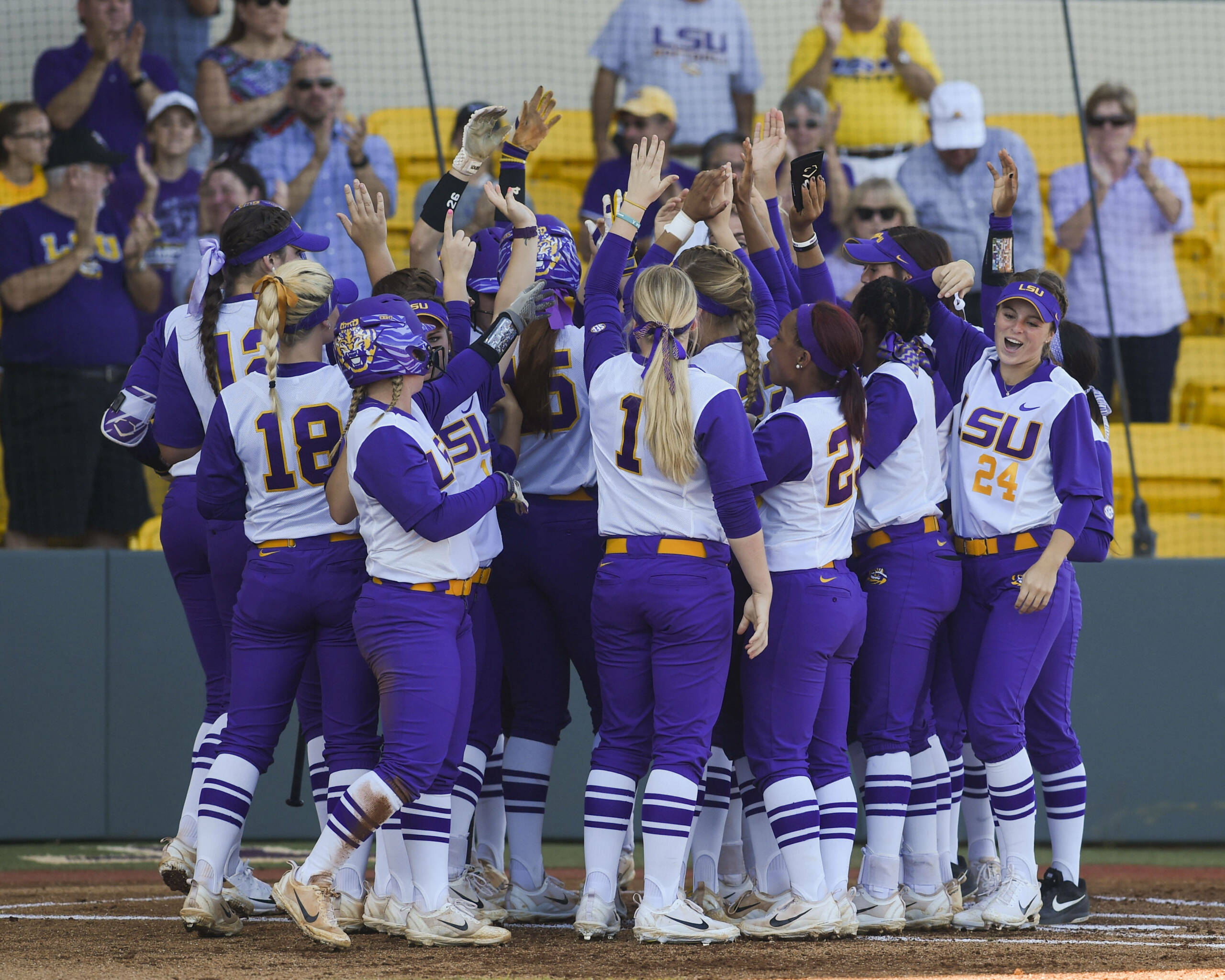 BATON ROUGE, La. – The No. 8 LSU softball team makes a quick turnaround and heads to Lake Charles to take on the McNeese State Cowgirls at 6 p.m. Tuesday night at Cowgirl Diamond.

With around 200 tickets remaining, LSU fans looking to attend the game Tuesday will need to purchase tickets through the McNeese State Athletics Ticket office by calling (337) 562-MSU or visiting McNeeseSports.com. Fans unable to make the contest will be able to follow the game via live stats, with a link available at the start of the game on LSUsports.net, and updates on the team’s social media pages on Facebook and Twitter.

The Tigers head into the fourth game of their road trip with a chance to bounce back after dropping two of three games to Alabama in Tuscaloosa over the weekend. After dropping the first game 3-0, LSU bounced back to earn a 1-0 shutout to even the series at one game apiece. LSU fought hard in the third game but fell to the Crimson Tide 4-2 to end the weekend.

Sitting at 32-9 on the year and 8-4 in the SEC, LSU is still in a very favorable position going forward as the team remains at No. 10 in the latest release of the RPI and tied for fifth place in the league standings with four more weekends to go in the regular season and games against teams that are all in the top 40 of the RPI.

In the three games against Alabama, the Tigers produced 12 hits and accounting for seven of them at the plate was senior outfielder Bailey Landry. Landry hit .636 in the series against the Crimson Tide, as she currently leads the nation with her .515 batting average and 69 total hits. She currently has 21 multi-hit outings this season and 76 for her career which is fifth all-time at LSU, seven shy of tying Stephanie Hastings’ record of 83.

Batting .362 and leading the team in RBIs with 42 is senior Sahvanna Jaquish. Jaquish, tied for the lead in doubles with seven and two off of the home run lead with six, has an on-base percentage of .541 which has been aided in the fact that she’s been walked 37 times this season. The Highland, California, native only registered two at-bats in the series this past weekend as she was walked seven times, including tying the school record for most in a game with four in the series opener.

LSU’s pitching staff comes into the contest with an ERA of 1.52, allowing just seven runs on the weekend. Opposing teams are only batting .177 against Tiger pitching, as the team has tossed 11 shutouts with 57 earned runs given up.

One of those complete-game shutouts came from sophomore Sydney Smith, firing her third straight 1-0 shutout in the team’s win on Saturday, as she and Allie Walljasper are tied for the team lead with four each. Walljasper earned the start in two of the games and struck out 11 batters with just a single walk allowed, issuing just 14 free passes on the season with her 11-2 record in the circle.

Carley Hoover continues to lead the team with a 0.95 ERA in 88.1 innings of work, striking out 115 batters with a .134 opponent batting average on the season.

Tuesday’s contest is the second meeting this season between the two sides, as LSU was able to get the better of the Cowgirls back in February with a 4-3 win, coming in dramatic fashion on a walk-off single from Shemiah Sanchez. Since that time McNeese has gone on to earn a 28-13 overall record and lead the Southland Conference with a 14-1 mark.

“We have a tough week this next week on the road twice with McNeese first and then Ole Miss. Two really quality opponents. Both are playing really well. McNeese always brings a great crowd and always gives us a great game, so we’ll have to do our best to prepare.”

Enters with an overall record of 28-13 and a Southland Conference record of 14-1… Currently lead the Southland Conference after five weekends of play… McNeese has an RPI of 63 heading into this week… Have won 16 of their last 19 overall dating back to March 7… Hitting .294 as a team with 317 hits… 54 hits for doubles, eight for triples and 34 home runs… Slugging .453 with a .398 on-base percentage… Are 99-120 in stolen bases… Leading hitter is Erika Piancastelli with a .351 average and 39 hits… Cowgirls have an ERA of 2.68, with an opponent batting average of .257… Rachel Smith leads the team with an 11-5 record and 71 strikeouts in 106.1 innings of work… Alexsandra Flores leads the staff with a 1.34 ERA.

LSU closes out its seven-game road swing with a three-game series against No. 21 Ole Miss this Friday and Saturday in Oxford.