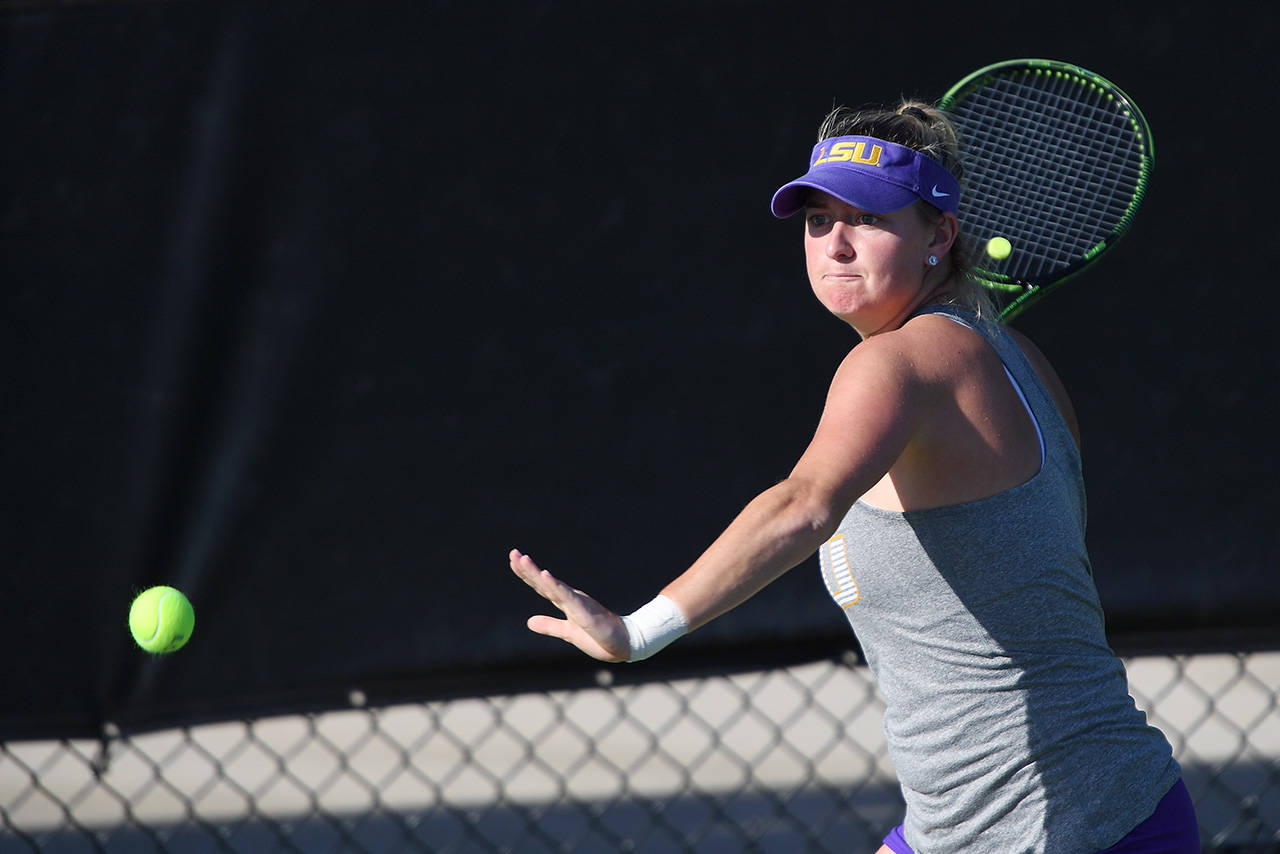 BATON ROUGE — After its wild, come-from-behind upset over the No. 11 Kentucky Wildcats Friday, the LSU women’s tennis team will face off against another top SEC team when the No. 7 Vanderbilt Commodores come to the LSU Tennis Complex Sunday at 11 a.m.

The Tigers (13-6; 6-4 SEC) earned their SEC-leading 11th home win of the season Friday and will need to continue their season-long dominance at home against Vanderbilt (14-5; 9-1 SEC).

The Commodores, winners of five straight matches, take their conference-best SEC record into Baton Rouge, where the Tigers have lost only one match all season against No. 1 Florida.

Jessica Golovin and freshman Jade Lewis lead the team with 13 dual wins apiece, while Ryann Foster leads the team with 23 overall wins dating back to the fall.

After dropping two straight matches for the first time in her career, Lewis rebounded in a huge way, picking up a career-best victory over No. 17 Aldila Sutjiadi in straight sets against Kentucky.

Senior Joana Valle Costa is in the midst of a four-match win streak on court two, and will be honored along with Skylar Holloway before the match Sunday during LSU’s senior tribute to the class of 2017, one of the most successful classes of four-year seniors in program history.

Vanderbilt boasts four ranked players, including two in the top-15 in No. 5 Astra Sharma and No. 15 Sydney Campbell. Sharma and Emily Smith also combine to form the No. 10 doubles pairing in the country.

The Commodores are coached by Geoff Macdonald in his 22nd season with the team.

Live stats and video will be available at www.lsusports.net.