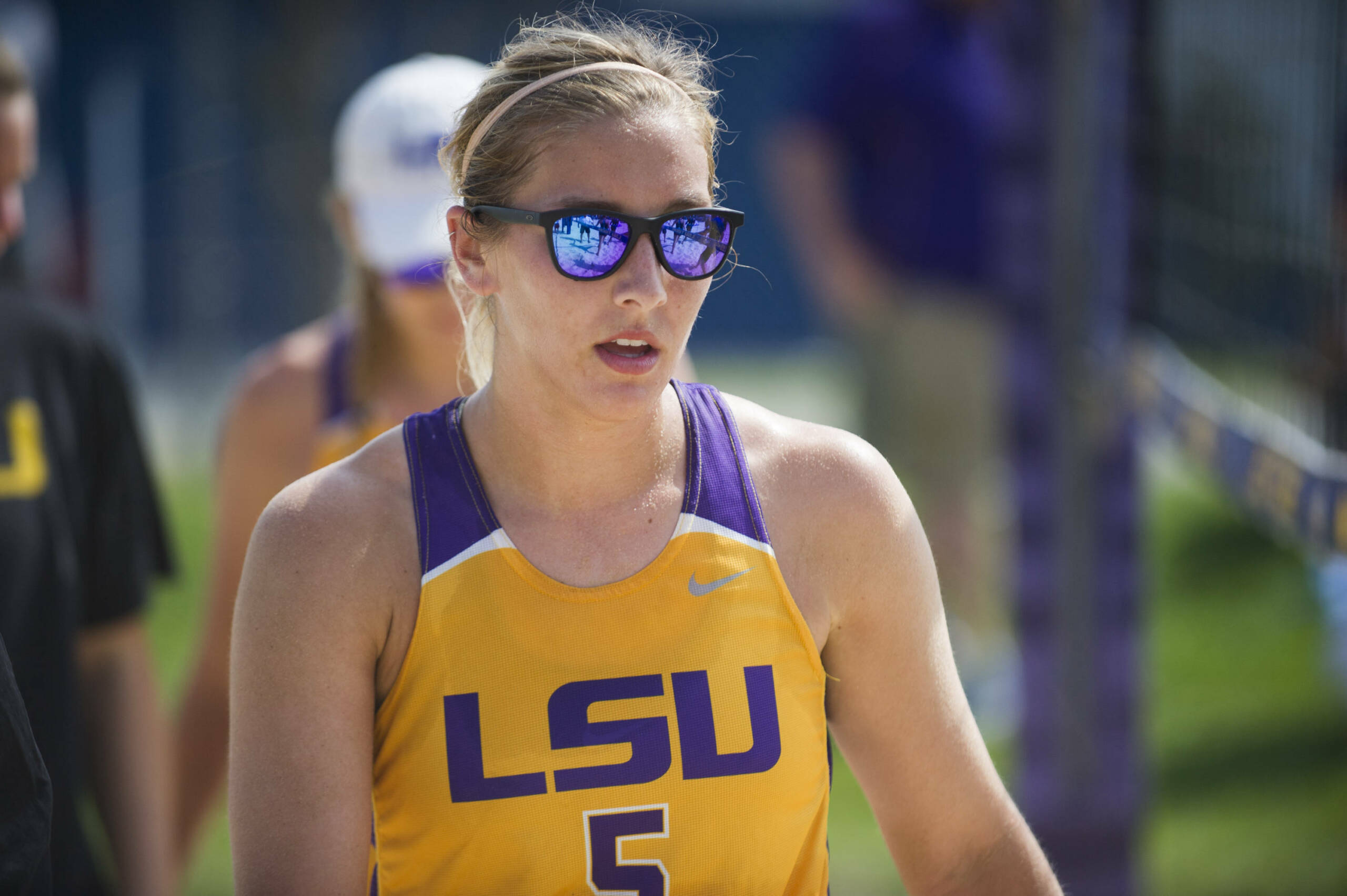 BATON ROUGE, La. – The No. 7-ranked LSU beach volleyball team, riding a program record 12-match winning streak, will travel to Houston, Texas, to take part in the Houston Baptist Invitational on Saturday and Sunday at the Third Coast Volleyball Courts.

The Lady Tigers (14-5) will take on Texas A&M-Corpus Christi and Houston Baptist at 1 p.m. and 7 p.m. CT, wrapping up the weekend against Tulane and Central Arkansas at 11 a.m. and 3 p.m. CT, respectively on Sunday.

Cox Sports Television will also broadcast the games on court one only for the matches against Houston Baptist, Tulane and Central Arkansas with Lyn Rollins and Brittany Roderick on the call, marking the first-time in program history the team will have a slate of televised matches.

Coverage for the match against the Huskies will begin at 8 p.m. CT and will also be made available through the WatchESPN app. Sunday’s broadcast against the Green Wave and Sugar Bears will kickoff at 12 p.m. and 4 p.m. CT, respectively.

“The expectations shouldn’t change for us. We have been playing well and hard all season long, and I think that’s the key for our success,” said head coach Russell Brock. “We have treated every weekend like it’s a big weekend, and we have to play to the best of our ability to get the results we’re looking for.

“The fact that this weekend will be on TV hopefully won’t change our mentality or change how we approach the matches. It’s been great that we’ve played high-caliber teams because it’s put us in that mode where we have to play well. It doesn’t matter who is on the other side of the net. Our goal is to play well because we know we have a great chance to win.”

Entering the weekend, LSU has been on a dominant stretch, garnering wins in 13 of their last 14 matches, including five wins against ranked teams. Defensively, the Lady Tigers have also been imposing in the last five matches, allowing just a total of three points in that span.

LSU is led by freshman duo and No. 1 pairing Claire Coppola and Kristen Nuss who have compiled an impressive 16-3 overall record on the year, including an 8-1 record on court one with wins over seven ranked opponents, including six in the top-10. Nuss and Coppola have also notched 12 points in straight sets this year.

Despite having their 10-match winning streak snapped last weekend, No. 3 pair Katie Lindelow and Olivia Powers have put up remarkable numbers this season. The duo partnered at the East vs. West Invitational and have earned a 12-3 record on the season, putting up a point in 12 of their last 13 matches.

At the four, Cati Leak and Maddie Ligon boast a record of 11-3 this season with victories over six-ranked teams. The duo was also the only pair to record a point against No. 2 Florida State on court five at the Stetson Invitational to open the season.

Sophomore Megan Davenport has also been on a tear dating back to last season, collecting 26 victories in her last 29 matches. This season, Davenport has appeared in all but one match and has put together a team-high 17 wins in 18 matches.