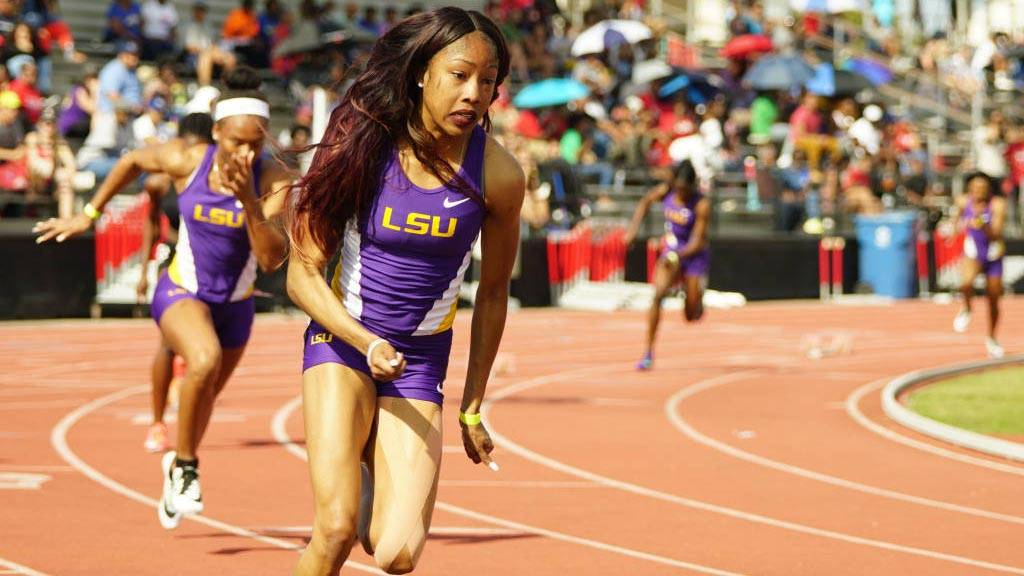 BATON ROUGE – After nearly a week of fan voting, LSU’s Kymber Payne was selected Friday as the HERO Sports NCAA Division I Women’s Track & Field HERO of the Week after kicking off her outdoor season with an NCAA-leading personal best to win the women’s 400-meter hurdles at the 90th Clyde Littlefield Texas Relays.

Payne’s selection by HERO Sports on Friday comes just days after she was also named the SEC Women’s Runner of the Week for her winning performance of 56.12 seconds last Friday at the Texas Relays.

Payne blew away the competition in the fan voting as she received 91.77 pecent of the ballot with 279 of the 304 total votes cast. LSU teammate Kortnei Johnson actually finished runner-up in the voting with 23 votes (7.57 percent) after winning the Texas Relays title in the women’s 100-meter dash with a personal best of 11.13.

After qualifying third overall with a season-opening time of 57.77 in the preliminary round, Payne slashed nearly three tenths of a second from her previous best of 56.38 from last season with her winning time of 56.12 in the final to beat Purdue’s Symone Black for the title. Black followed with the NCAA’s No. 2-ranked time this season at 56.18 for second place.

Payne became the first LSU hurdler since former NCAA Champion Nickiesha Wilson in 2007 to win the women’s 400-meter hurdles at the Texas Relays while also moving to No. 7 on LSU’s all-time outdoor performance list in the event.

Payne becomes the third LSU athlete over the last two seasons to be honored as the HERO Sports NCAA Division I Track & Field HERO of the Week after senior Morgan Schuetz was voted on May 4 and former Tiger All-American Cyril Grayson was selected on May 9 of last season.