Track & Field to Host Battle on the Bayou 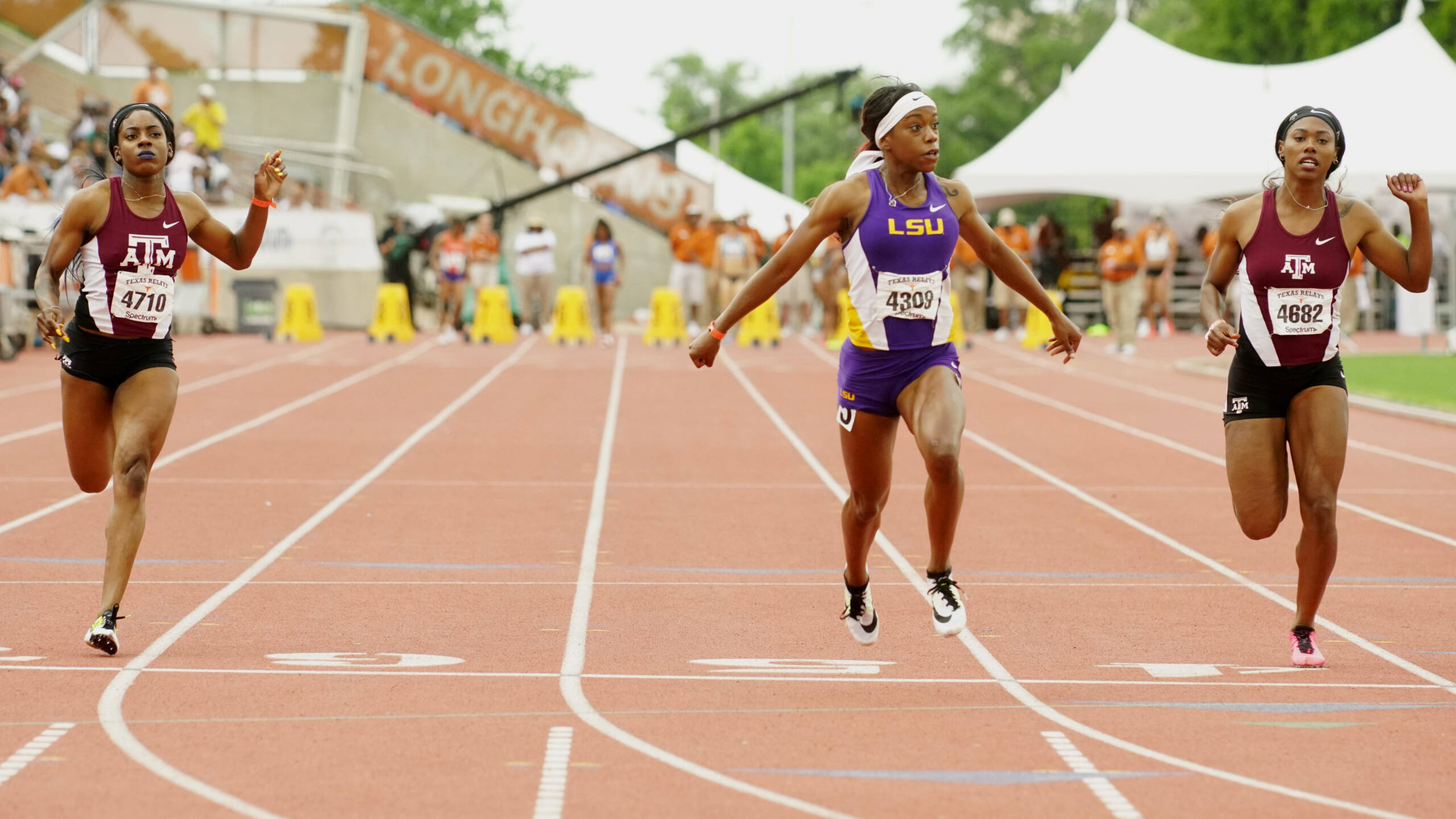 BATON ROUGE – The LSU Track & Field teams will certainly make the Bernie Moore Track Stadium their home during the month of April as they are ready to host the USC Trojans, Penn State Nittany Lions and Purdue Boilermakers in their first of three meets this month at the seventh-annual Battle on the Bayou on Saturday.

While early field events are scheduled to get underway at 9:30 a.m. CDT, the this year’s meet kicks into high gear at 11:30 a.m. as the 4×100-meter relays jump start an exciting slate of events on the track. A condensed meet schedule will run through the men’s 4×400-meter relay at 2:25 p.m.

Saturday is “Kids Day” at the Bernie Moore Track Stadium as kids can be an Olympian for a day by running races and receiving medals. Inflatables will also be set up for kids attending the meet to enjoy.

Saturday is Kids Day at #LSU’s Battle On The Bayou! Early field events begin at 9:30 p.m. CT with the meet fully underway at 11:30 a.m. pic.twitter.com/qsM5PSHFo3

As expected, LSU’s teams are the top-ranked teams in the field at the seventh-annual Battle on the Bayou as the Lady Tigers are up one spot to No. 3 and the Tigers check in at No. 7 in the latest national power ranking released Monday by the U.S. Track & Field and Cross Country Coaches Associations.

LSU’s defending NCAA Champion 4×100-meter relay teams are sure to be a featured attraction Saturday as both are coming off impressive performances at the 90th Clyde Littlefield Texas Relays last weekend.

The Tigers were crowned Texas Relays Champions in the Clyde Littlefield Men’s 4×100-Meter Relay while junior Tinashe Mutanga, senior Nethaneel Mitchell-Blake, senior Tremayne Acy and sophomore Jaron Flournoy teamed to run a seasonal-best time of 38.97 seconds in the final. Their seasonal best ranks No. 3 in the NCAA this week trailing only Florida (38.73) and Western Kentucky (38.91).

The Lady Tigers also had the third-fastest time nationally in their runner-up finish in the women’s final at the Texas Relays as junior Mikiah Brisco, sophomore Kortnei Johnson, senior Jada Martin and junior Aleia Hobbs crossed the finish line with a seasonal-best time of their own at 42.86 last Saturday afternoon.

After hosting USC, Purdue and Penn State in their home opener on Saturday, LSU’s teams will spend their Spring Break in Walnut, California, where they will compete at the Mt. SAC Relays running April 13-15. They will then return to the Bernie Moore Track Stadium to play host to two more meets with their annual LSU Alumni Gold meet on April 22 followed by the SEC Relays on April 28-29.