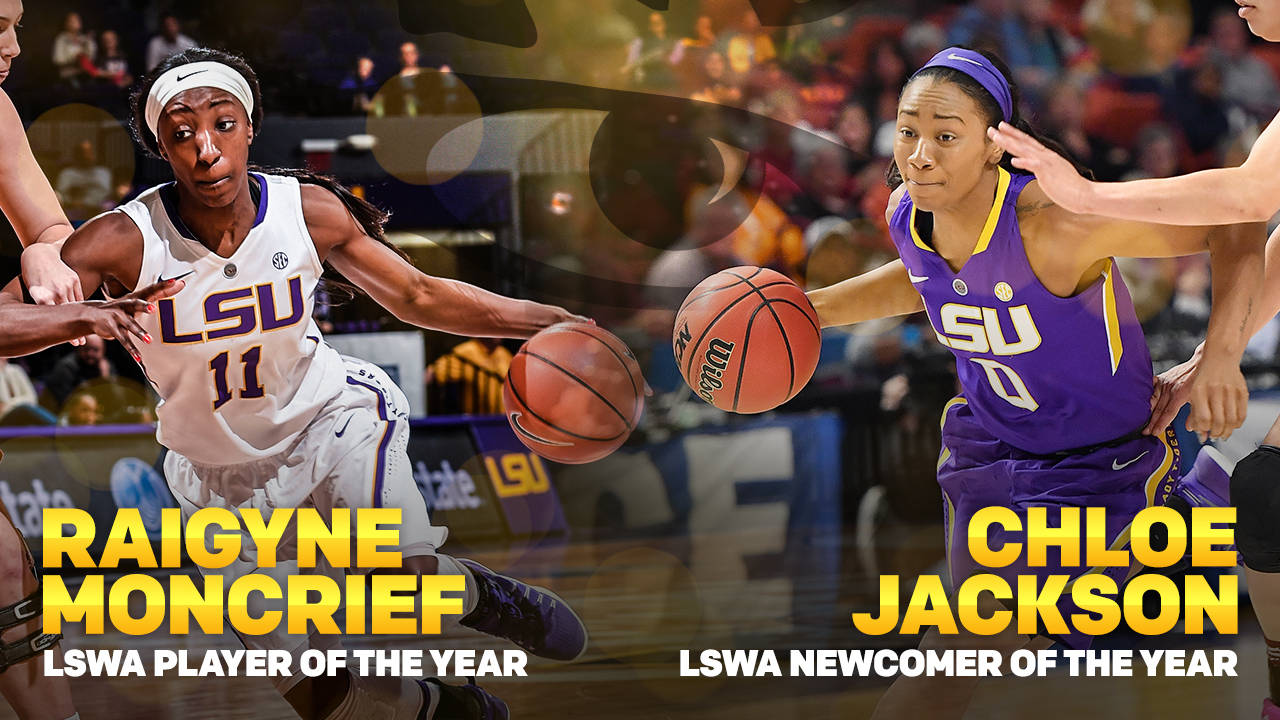 Moncrief, a junior guard from Fort Lauderdale, Fla., was named the LSWA Player of the Year, while Jackson, a sophomore guard from Upper Marlboro, Md., earned Newcomer of the Year honors as announced by the organization. Awards are voted on by state media representatives and university sports information directors.

Southeastern Louisiana’s Charliee Dugas was selected as the LSWA Freshman of the Year and Loyola’s Kellie Kennedy was named Louisiana Coach of the Year.

Moncrief edged UNO’s Brown for the Player of the Year honors, picking up 10 of the 30 first place votes as seven different players from around the state earned at least one vote for the award. Moncrief was named the 2017 SEC Defensive Player of the Year and second team all-SEC while leading the Lady Tigers to the NCAA Tournament. She set the LSU single season record with 107 steals, including 10 vs. Florida.

Jackson ran away with the Newcomer of the Year voting, picking up 17 of the 30 possible votes. The NC State transfer averaged 13.1 points, 5.1 rebounds and 2.1 assists per game for the Tigers. Jackson scored in double figures 22 times, including a career-high 34 vs. Florida.