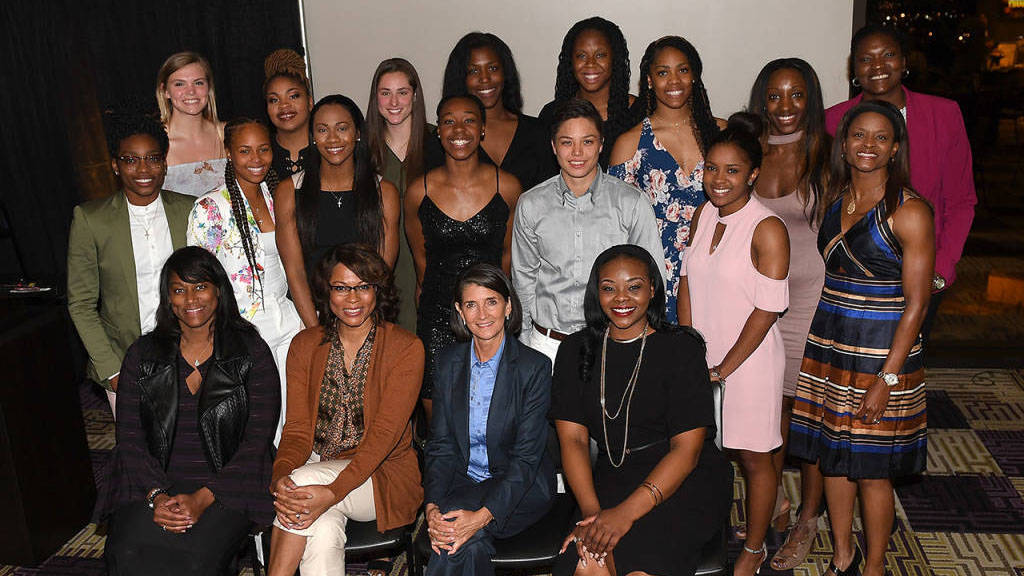 Junior Raigyne Moncrief earned the team’s Most Valuable Player and Defensive Player of the Year awards following a stellar season in which she led the Lady Tigers in points (507), rebounds (188), steals (107) and assists (92). The 2017 SEC Defensive Player of the Year, Moncrief led the SEC and ranked fifth nationally in steals with a school-record 107. Moncrief grabbed five or more steals in nine games, and multiple steals in 25 games, including in 18-straight contests. During the 2016-17 campaign, she became only the sixth Lady Tiger in school history to register 1,000 points, 500 rebounds and 200 steals. She was also named to the All-SEC second team and to the league’s All-Defensive team, and was recognized as a player of the week three times by the Louisiana Sports Writers Association (LSWA). Moncrief was also presented one of the L Club Team Captain Awards.

Sophomore transfer Chloe Jackson was selected as the team’s Offensive Player of the Year. Jackson, who was named to the Paradise Jam all-tournament team after aiding LSU’s comeback victory over her former team NC State, was second on the squad in scoring with an average of 13.1 points per game. She scored in double figures in 23 contests and logged six games of 20 or more points. Jackson registered four-consecutive 20-point games this year, which also included a team-high 34 points in the win over Florida. Following that game, Jackson was named player of the week by the SEC, LSWA and CollegeSportsMadness.com. She was the first Lady Tiger since Seimone Augustus in 2005 to score 34 points, and was also the first LSU player since 2009-10 to record four-straight 20-point games.

Redshirt freshman Ayana Mitchell made a strong comeback from a back injury that required surgery last season, and was named Newcomer of the Year. Mitchell, who missed all but three games last season, played all 32 contests in 2016-17, starting the first 18 games of the season. Mitchell ranked fourth on the team in scoring with 8.1 points per game, and third in rebounding with an average of 5.4 boards per contest. She scored in double figures in 14 games, including in five of the final nine games of the season, and was LSU’s most consistent shooter, hitting 60 percent (89-149) of her shots from the field. Mitchell hauled down five or more rebounds in 15 games, and led the Lady Tigers in rebounding nine times.

Carole Walker, senior associate director of the Cox Communications Academic Center for Student-Athletes, presented senior Rina Hill with the Scholar-Athlete of the Year award for her work in the classroom. Hill is majoring in general business with a minor in Asian studies, and will graduate in May. She has completed a four-year career with the Lady Tigers that has included several academic honors, including three SEC Academic Honor Roll accolades. Hill was also recently selected to the SEC Community Service Team. She was presented one of the L Club Team Captain Awards at the banquet.

Patrick Wright, the voice of the Lady Tigers, was presented the Sue Gunter Award for his dedication to the program. Wright has served the last 27 seasons with the LSU Sports Radio Network.