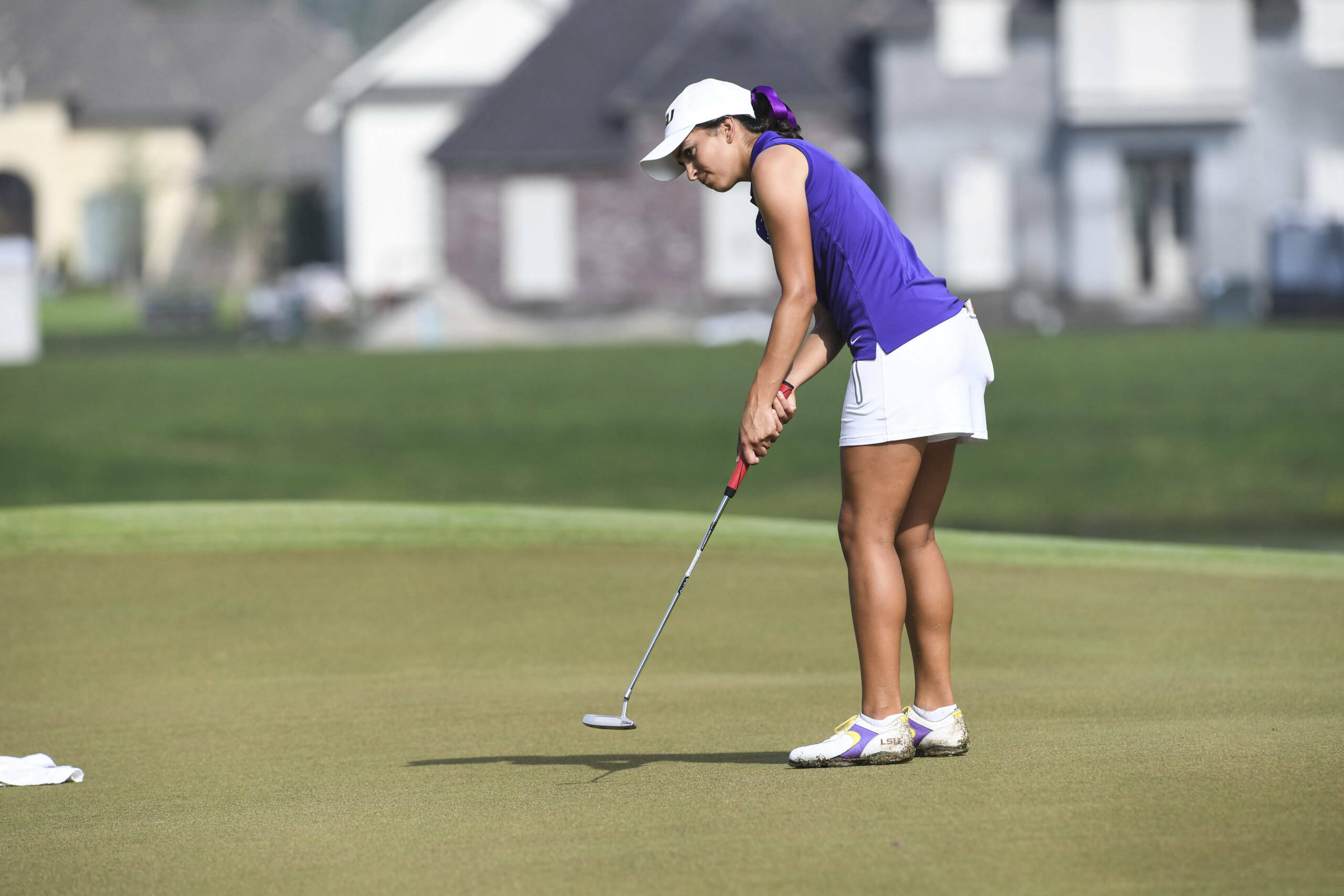 TEMPE, Arizona – LSU will travel out West for its next to last event of the spring regular season schedule as it takes part in the 45th PING/ASU Invitational starting on Friday morning.

The event is played over the par 72 ASU Karsten Golf Course. Play begins at 10 a.m. CT on Friday and Saturday and 9:20 on Sunday for the final round.

The Lady Tigers have added an event on April 13 and for what may be the first time in program history, the two programs will be playing in Baton Rouge on the same day. The men will host a one-day Tiger Classic that day at the University Club and the LSU women will host ULM in a 36-hole match in the Spring Break Classic.

But first comes work in Tempe. Host Arizona State is the top ranked team in the event at No. 4 in the Golfstat rankings with the rest of the field with LSU including: Arizona, Baylor, Kansas State, Kentucky, Missouri, Northern Arizona, New Mexico, Oregon State, San Diego State, SMU, UNLV and Washington.

LSU will go with a lineup that features senior Caroline Nistrup, sophomore Kathleen Gallagher, junior Sydney Cavin, senior Lana Hodge and freshman Monica Dibildox. Sophomore Marina Hedlund will be in the field as an individual competitor.

Cavin was the best scorer in LSU’s last start in the Lady Tiger Classic last month at 7-over 223 with consistent rounds of 74-74-75 that put here in T26. Gallagher was two shots back and finished T32. Nistrup showed her competitive nature after a difficult opening round, coming back to shoot +2 over the final 36 holes (71-75).

Playing as an individual in the Classic, Dibildox was one hole away from three rounds in the mid-70s. Dibildox after her late opening hole threw her first round up, came back to post 73-75 in the final two rounds. She led the team with 37 pars during the 54-hole event.

Gallagher and Cavin both had 10 birdies during the event with Gallagher playing the par five holes in -4 and Nistrup played the par 3s in -2.

Live scoring for the event can be found at LSUsports.net through Golfstatresults.com and the Golfstat app.