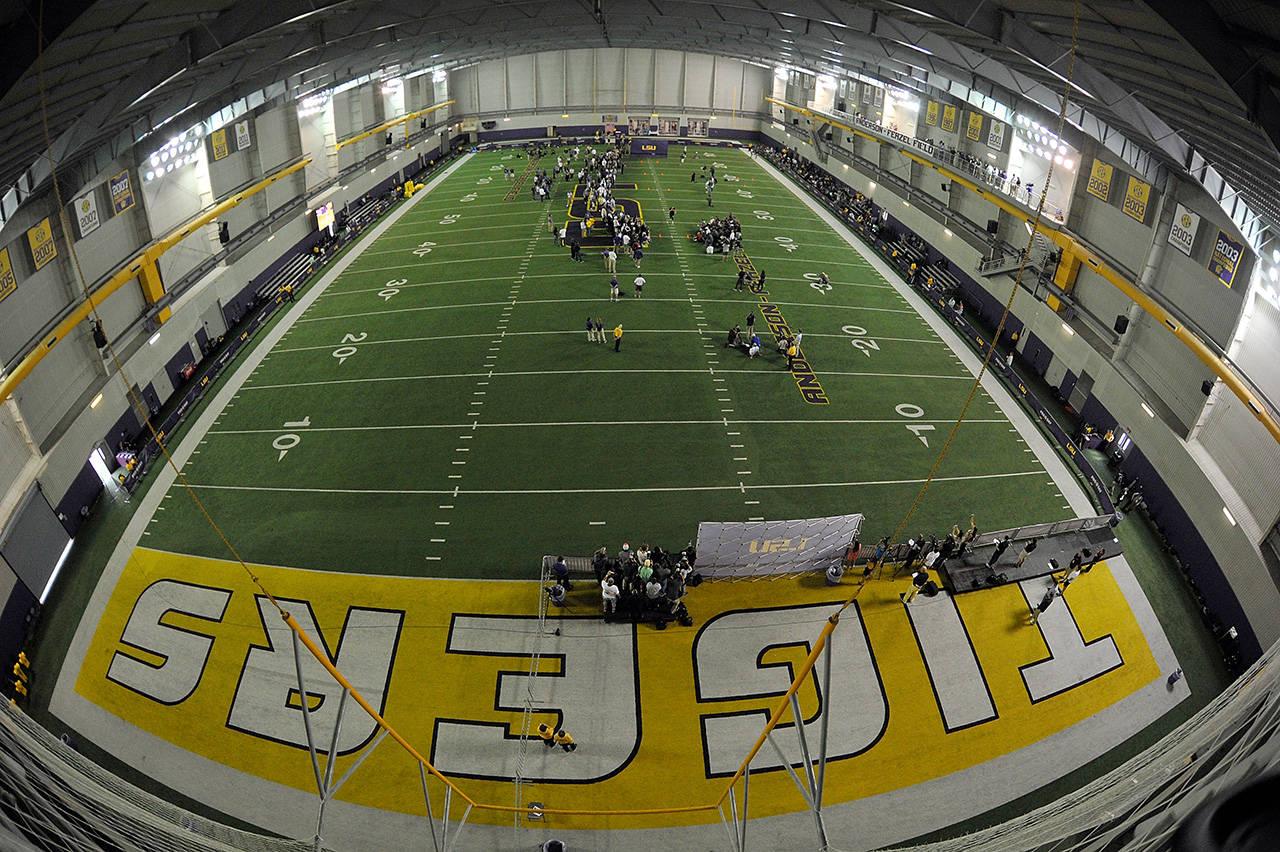 BATON ROUGE – Jamal Adams was clocked at 4.33 seconds in the 40-yard dash and Leonard Fournette weighed in at 228 pounds, 12 pounds lighter than at the NFL Combine, as two of the many highlights for LSU football here Wednesday at Pro Day at the LSU Indoor Football Facility.

“Today was a tremendous day for LSU football and the LSU brand,” LSU head coach Ed Orgeron said. “We are proud of the 18 young men that worked out. All of them did a tremendous job. Austin Thomas, our general manager, did a tremendous job of organizing the whole day. Talking to a lot of the NFL guys, this has been the best pro day of the whole season, so we’re happy about that.

“Any time we can have the NFL on our campus, it’s a big day for LSU. A couple of guys really stood out and worked out well, but for Jamal Adams to run a 4.33 (40-yard dash), it was a fantastic day for him. Leonard (Fournette) weighing in at 228 pounds, I know a lot of the guys are excited about that. He looked great in his workouts. We’re getting a lot of positive feedback and a lot of guys really love Leonard.

“Malachi Dupre did an excellent job today in his workouts. Davon Godchaux looked big and strong out there. He did a great job in his workouts. It was the first time that scouts have seen Lewis Neal and he did a tremendous job along with Tashawn Bower. Duke Riley continues to impress.

“It was just a tremendous day for LSU football.”

Neal led all Tigers with a 36” vertical leap. He was followed by defensive back Rickey Jefferson, who leaped 35 1/2 “. Jefferson, who missed most of the season with a lower leg injury, proved to be back at full speed with a 4.58 time in the 40, 17 reps in the bench press and a 10’ leap in the broad jump.

Another standout performance came from defensive end/outside linebacker Tashawn Bower, who at 250 pounds, ran a 4.73 40-yard dash, jumped 34” in the vertical and recorded a 10’4” leap in the broad jump.

A complete recap and real-time results can also be found on LSUsports.net/Proday.