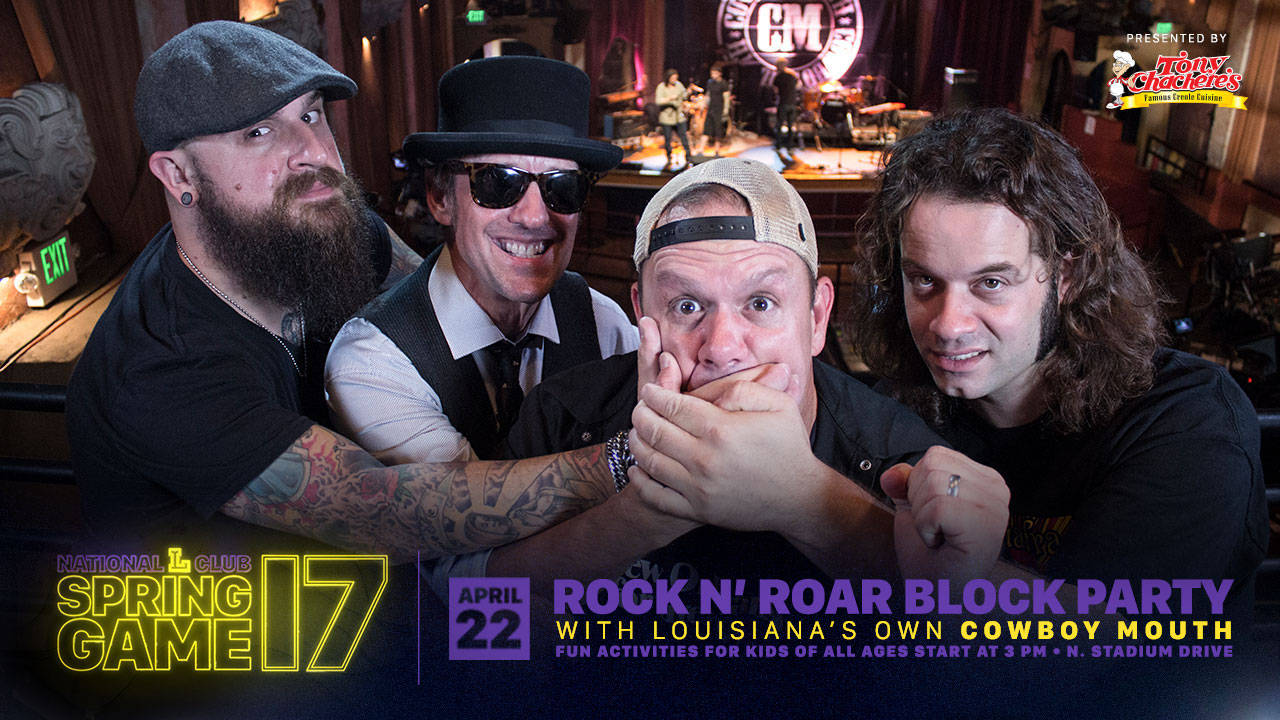 Kickoff for the spring game is set for 7 p.m. in Tiger Stadium and admission to the contest is free. Fans are invited to campus early that day to take part in the Rock N’ Roar Block Party on North Stadium Drive, which starts at 3 p.m.

The Rock n’ Roar Block Party on North Stadium Drive is a free event that features Cowboy Mouth along with activities for the kids. The block party will also feature giveaways from LSU’s corporate partners.

Fans are reminded to pick up entry forms to be entered to win the many giveaways at Baton Rouge area McDonald’s, T.J. Ribs, Tio Javi’s, Academy Sports + Outdoor, and select Chevron gas stations prior to game day. Entry forms can be dropped off as you enter Tiger Stadium on the day of the spring game.

The block party will feature a dunking booth, inflatables along with all types of food and drinks. Cowboy Mouth takes the stage at 3:40 p.m. and will play until 5:40 on North Stadium Drive near Mike the Tiger’s habitat.

The LSU football team will walk down “Victory Hill” and into Tiger Stadium at approximately 5:45 that afternoon.

LSU students will have the opportunity to participate in a punt, pass, & kick competition in Tiger Stadium prior to kickoff beginning at 5 p.m. with a qualifying round taking place at LSU Student Practice on Thursday, April 20.

Kickoff for the contest is scheduled for 7 p.m. and the game will be broadcast on the LSU Sports Radio Network and can be heard in the Baton Rouge area on 104.5/104.9 FM as well as on the internet at www.LSUsports.net/live.