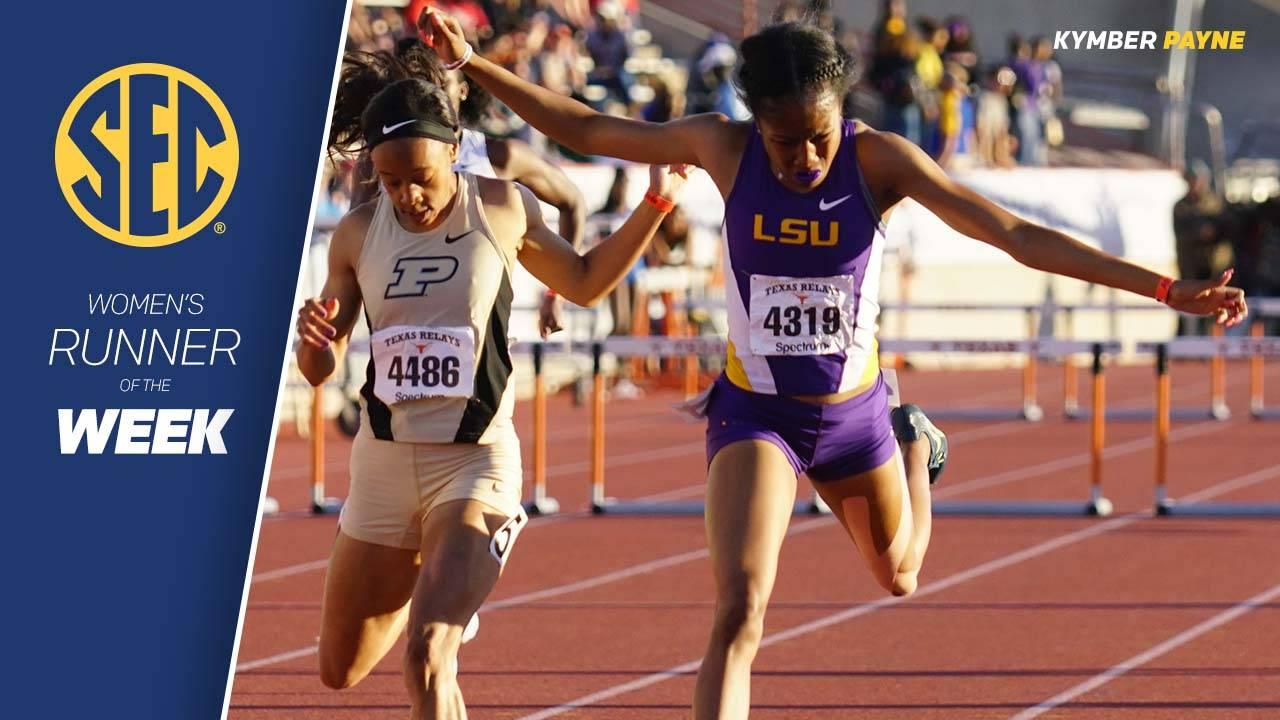 BATON ROUGE – LSU junior Kymber Payne was honored by the Southeastern Conference office Tuesday afternoon as the SEC Women’s Runner of the Week after opening her outdoor season with an NCAA-leading personal best of 56.12 seconds to win the women’s 400-meter hurdles at the 90th Clyde Littlefield Texas Relays.

Payne picked up her first career SEC weekly award while becoming the first Lady Tiger selected as the SEC Women’s Runner of the Week in 2017 after taking the top spot in a loaded final on Friday night.

After qualifying third overall with a season-opening time of 57.77 in Thursday’s preliminary round, Payne slashed nearly three tenths of a second off her previous best of 56.38 from last season with her winning time of 56.12 in the final to beat Purdue’s Symone Black for the title. Black followed with the NCAA’s No. 2-ranked time this season at 56.18 for second place.

Watch as #LSU‘s @kyymmy (lane 4) runs an NCAA-leading PR of 56.12 to win the women’s 400 hurdles! She now ranks #7 in school history! pic.twitter.com/HLLygTgfdn

Payne became the first LSU hurdler since former NCAA Champion Nickiesha Wilson in 2007 to win the women’s 400-meter hurdles at the Texas Relays while also moving to No. 7 on LSU’s all-time outdoor performance list in the event.