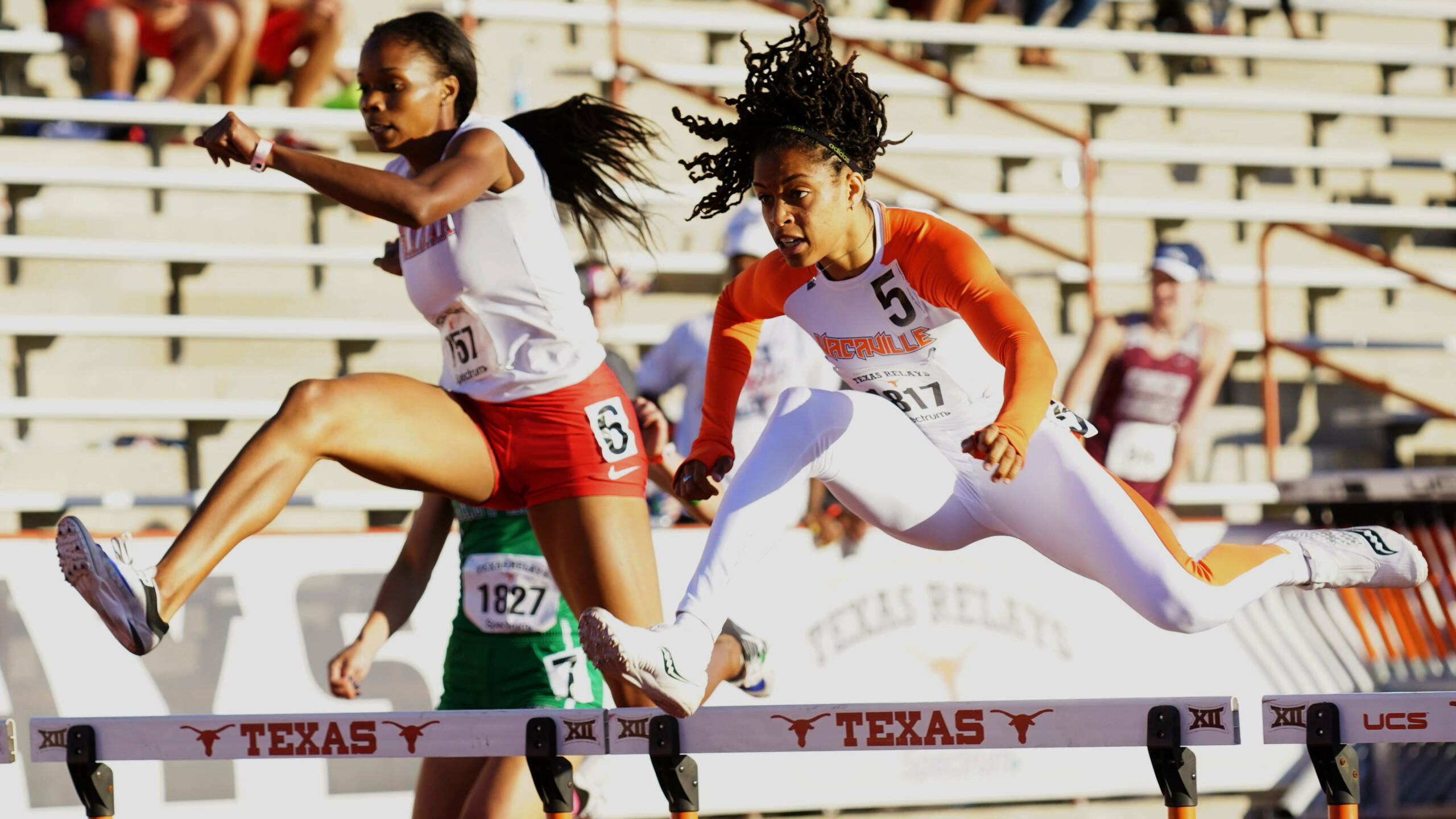 BATON ROUGE – Members of LSU Track & Field’s 2017 recruiting class were among the top performers in the high school ranks at the 90th Clyde Littlefield Texas Relays this past weekend with hurdle recruits Damion Thomas, Jurnee Woodward and Milan Young and triple jumper Kyndal McKnight all in action in Austin.

Thomas went out with a bang in Saturday’s finale at Mike A. Myers Stadium as he won the boys’ Division II 110-meter hurdles with a seasonal-best run of 13.43 seconds (+1.1) for the No. 2-ranked time on the U.S. high school list and No. 3-ranked time in the World Junior Rankings for 2017.

A native of Sunrise, Florida, and product of Northeast High School, Thomas was the class of the field as he finished nearly fourth tenths of a second ahead of the second-place time of 13.78 in the event.

Thomas was just one one-hundredth of a second shy of matching his wind-legal PR in the event as he entered the weekend with a career best of 13.42 over the 39-inch hurdles. It continued an already-decorated 2017 for Thomas, who was recently crowned the New Balance Indoor Nationals Silver Medalist in the 60-meter hurdles in March.

Woodward, who hails from Vacaville (Calif.) High School, was crowned the Texas Relays Champion in the girls’ 300-meter hurdles on Friday night when she stopped the clock in 41.73 ahead of Faith Roberson’s 41.86 for second place. Milan, a product of Lamar High School in Houston, took home the bronze medal with a time of 42.03 running in lane No. 6 to the outside of Woodward in lane No. 5.

Woodward followed her victory in the 300 hurdles on Friday with the silver medal in the 100 hurdles on Saturday with a seasonal-best wind-legal time of 13.56 (+0.8) in the final to finish runner-up to Kaylor Harris with a winning time of 13.44. Young followed in eighth place in the spring hurdle final with a time of 13.93.

Woodward and Young are actually tied with one another for the No. 5 spot on the U.S. high school list in the 100 hurdles this outdoor season and No. 4 among the Class of 2017 as Young also ran a personal best of 13.56 at the Rice’s Victor Lopez Classic on March 25.

The reigning California State Champion in the 300-meter hurdles from a year ago, Woodward already owns a seasonal best of 41.33 in the event in 2017 to rank No. 2 nationally this spring and a personal best of 40.62 set in the state final in 2016.

A native of Denton, Texas, McKnight closed out her final Texas Relays for Marcus High School with a personal-best performance in the girls’ triple jump as she soared to a wind-legal 41 feet, 5 ¼ inches for second place. Sitting sixth heading into the finals with a prelim jump of 40-2 ¾ (-0.1) in the third round, McKnight moved into second overall in the fourth round while posting 41-5 ¼ with a tailwind of 0.5 meters per second.

The reigning Texas Class 6A Silver Medalist in the event, McKnight posted the nation’s No. 2-ranked wind-legal jump at the high school level this season while eclipsing her previous PR of 41-3 set as a junior in 2016.