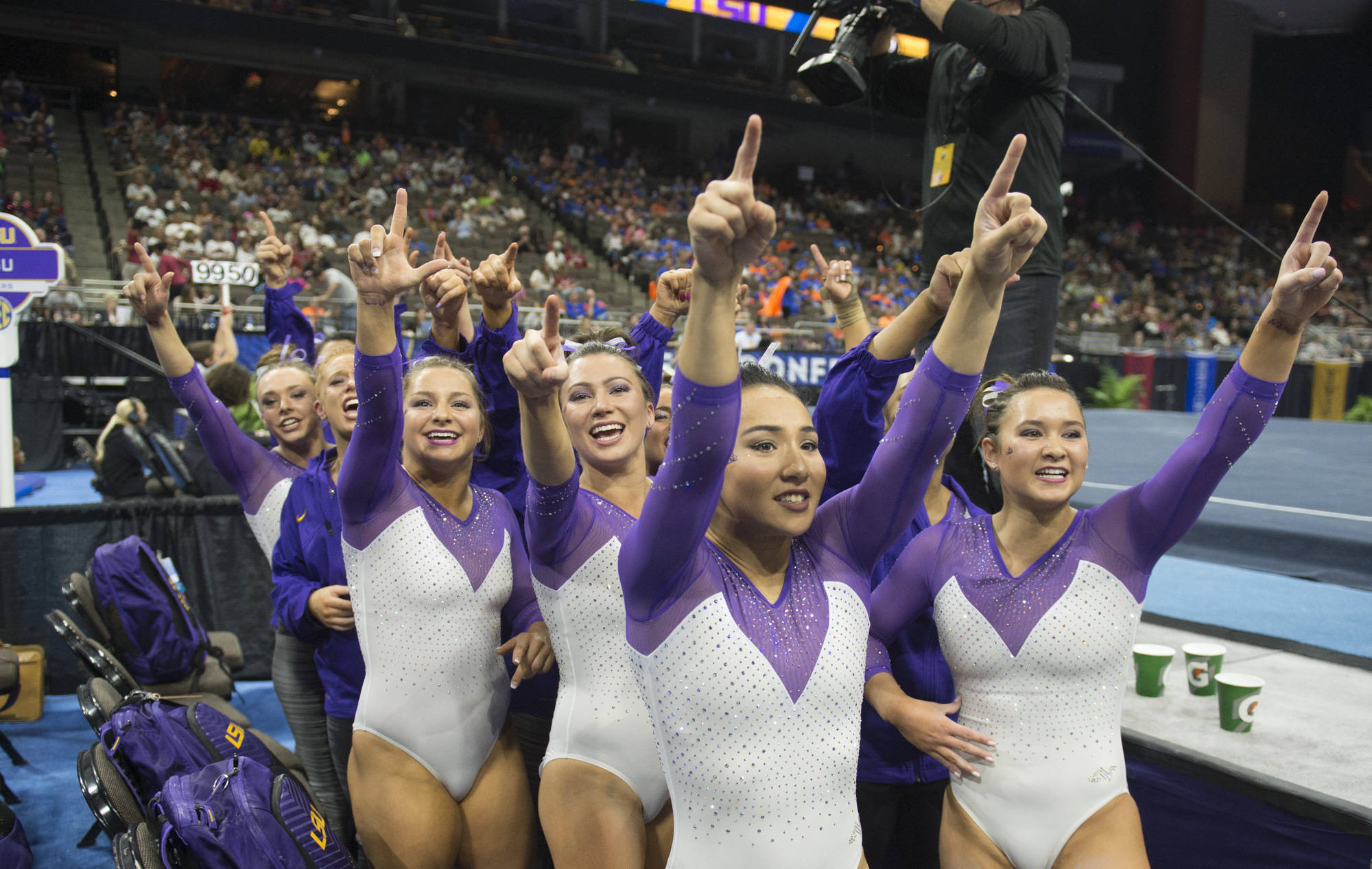 LINCOLN, Neb. – The LSU gymnastics team, the second overall seed and off a historic sweep of the Southeastern Conference Championships, returns to competition in search of the program’s 16th NCAA Regional title 4 p.m. CT Saturday at the University of Nebraska’s Bob Devaney Sports Center.

The meet will be streamed live on Huskers.com. LSU will face off against No. 11 Boise State, No. 14 Nebraska, Iowa State, Arizona and Minnesota. The Tigers will begin the competition on bars followed by beam. After a bye, the squad will close out the meet with floor and vault and then end the evening on a bye.

DD Previews the NCAA Regional Meet
“We used our time wisely with the week off by reinforcing things that we need to improve and give some time to heal injuries,” head coach D-D Breaux said. “It is important for us to stay in the process in an atmosphere like the regional. This team knows the significance of tomorrow’s meet and it’s not something we have to harp on.”

Tigers Capture Historic Sweep of SEC
LSU captured its second SEC meet title in school history with a score of 198.075 to sweep league and move to 20-1 overall. For the season, the squad improved to 16-0 over league opponents. Overall, the team posted the highest vault, bars and beam scores in school history at the SEC meet with scores of 49.575, 49.450 and 49.500 respectively.

The Tigers swept all four events and won five SEC event titles in all. Senior Ashleigh Gnat earned a perfect 10.0 on vault, a 9.95 on beam and 9.95 on floor to earn three titles. Sophomores Lexie Priessman and McKenna Kelley joined Gnat on the medal stand with scores of 9.95 on bars and floor respectively.

Vault Team Best in the Nation
Assistant coach Bob Moore has led the LSU vault lineup to the top spot in the nation based on RQS. The Tigers have posted vault scores of 49.625, 49.600, 49.575 on two separate occasions. The scores are the top three in the nation by any team over the past two seasons.

Gnat is the top vaulter in the nation as the anchor of the lineup. Gnat is the only gymnast with three perfect scores on the apparatus this season. The Lake Mary, Florida native has yet to score below a 9.90 on the event. For her career, Gnat owns 22 vault titles, which ranks sixth in school history.

Seven Named Regular Season All-American
Gnat, Myia Hambrick, Sydney Ewing, Sarah Finnegan, Priessman, Kelley and Kennedi Edney earned Regular Season All-America honors after finishing in the Top-16 of their respective event rankings. Gnat and Hambrick each earned honors on three separate events. Gnat finished No. 1 on vault, No. 4 on floor and No. 8 on beam. Hambrick earned honors with a No. 8 ranking in the All-Around, No. 10 on floor and No. 14 on vault.

Ewing, Priessman and Finnegan each added another All-America honor for their careers after finishing No. 16 on vault, No. 7 on bars and No. 4 on beam respectively. The honor marked the first in their career for both Kelley and Edney. Kelley finished the rankings with the No. 15 spot on floor and Edney earned the No. 12 spot on vault.

LSU’s History at the NCAA Regional
Since the first year the NCAA sanctioned gymnastics in 1982, LSU has advanced to the NCAA Regionals 35 out of 36 years. The 1984 season was the only year LSU did not qualify for regional competition. This season marks the 33rd-straight year LSU will compete in a regional. Overall, LSU has finished in first place 10 times, second place 14 times, third place nine times and seventh place one time.