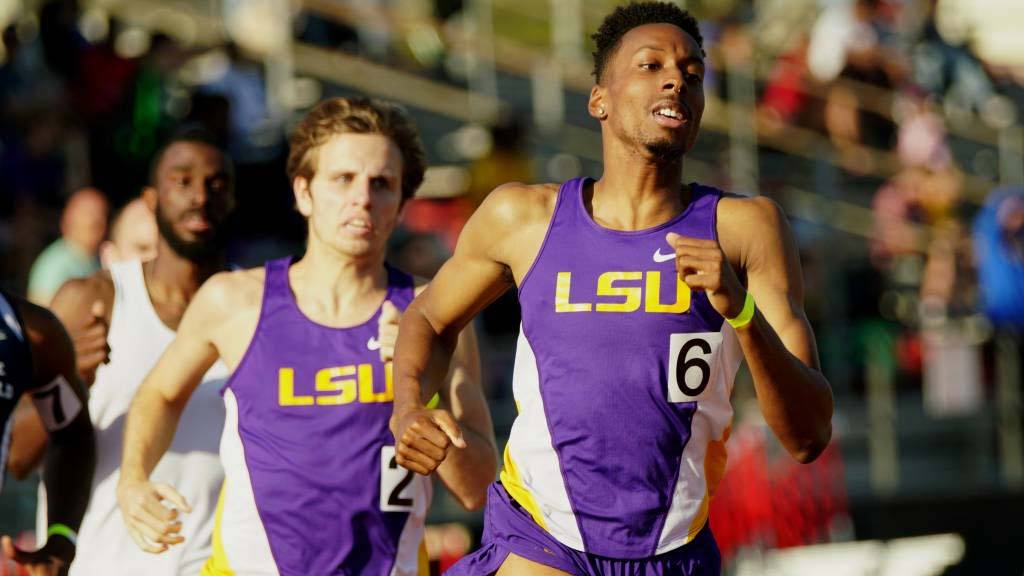 BATON ROUGE – The LSU Track & Field teams look to kick their 2017 outdoor season into high gear this week as they make their annual trip to Austin, Texas, for the 90th running of the Clyde Littlefield Texas Relays beginning Wednesday and running through Saturday at Mike A. Myers Stadium at the University of Texas.

Wednesday’s opener features the start of the women’s heptathlon at 10:30 a.m. CDT as sophomore Brittany Kelly will be LSU’s first athlete to compete in the 100-meter hurdles, high jump, shot put and 200 meters on the first day of the meet. The heptathlon continues Thursday at 11 a.m. with the long jump, javelin and 800 meters on day two.

The 90th edition of the Clyde Littlefield Texas Relays will be well underway Thursday as other field events are also scheduled to begin at 11 a.m. followed by the first qualifying races on the track at 4:30 p.m.

Friday’s action is set to begin at 9:35 a.m. CDT with early 4×100-meter relay qualifying followed by the first field events of the day at 11:30 a.m. An exciting slate of events will bring the meet to a close on Saturday as the Tigers and Lady Tigers get going at 10:40 a.m. on the track and 3 p.m. in the field with the relay finals continuing through 4:55 p.m.

This year’s Texas Relays features live television coverage as fans can watch LSU’s athletes in action each day on the Longhorn Network, which will also provide live streaming video of the meet on ESPN3.com starting at 6 p.m. CT on Wednesday, 4:30 p.m. on Thursday, 9:30 a.m. in the morning session and 7 p.m. in the evening session on Friday and 1:30 p.m. on Saturday.

LSU at the Texas Relays

In addition, LSU’s athletes have won 76 individual event championships in the University division with the Tigers claiming 42 event titles and the Lady Tigers adding 34 event titles in the meet’s history.

Last Year at the Texas Relays

Seniors LaMar Bruton and Michael Cherry return as defenders of their 4×400-meter relay crown as they teamed with former Tigers Fitzroy Dunkley and Cyril Grayson to run a season-opening 3 minutes, 1.83 seconds to claim the team’s seventh Texas Relays title all-time in the event.

The Lady Tigers are favorites to defend their sprint relay titles while returning all four legs from their teams that won the women’s 4×100 relay with a time of 43.25 seconds and 4×200 relay with a time of 1:31.30 in 2016. Seniors Jada Martin and Rushell Harvey and sophomore Kortnei Johnson featured on both winnings relays, while junior Mikiah Brisco anchored the 4×100 relay and sophomore Rachel Misher ran on the 4×200 relay.

LSU will be a featured attraction again during this year’s meet as the Tigers and Lady Tigers will both line up in the 4×100-meter, 4×200-meter and 4×400-meter relays, while the men are also slated to run in the distance medley relay and the women are entered in the sprint medley relay on Friday night.

In addition, Nataliyah Friar returns to defend her University title in the women’s long jump after jumping 20 feet, 8 ½ inches in her 2016 season opener. Friar, who will also double in the triple jump this week, was LSU’s lone individual champion during the 89th running of the meet a year ago and third winner of the women’s long jump all-time.

After competing at the Texas Relays, the Tigers and Lady Tigers will return home next weekend to play host to the seventh-annual “Battle on the Bayou” meet that is set for Saturday, April 8, at the Bernie Moore Track Stadium in Baton Rouge. The teams will then spend their Spring Break in Walnut, California, where they are set to compete at the Mt. SAC Relays running April 13-15.