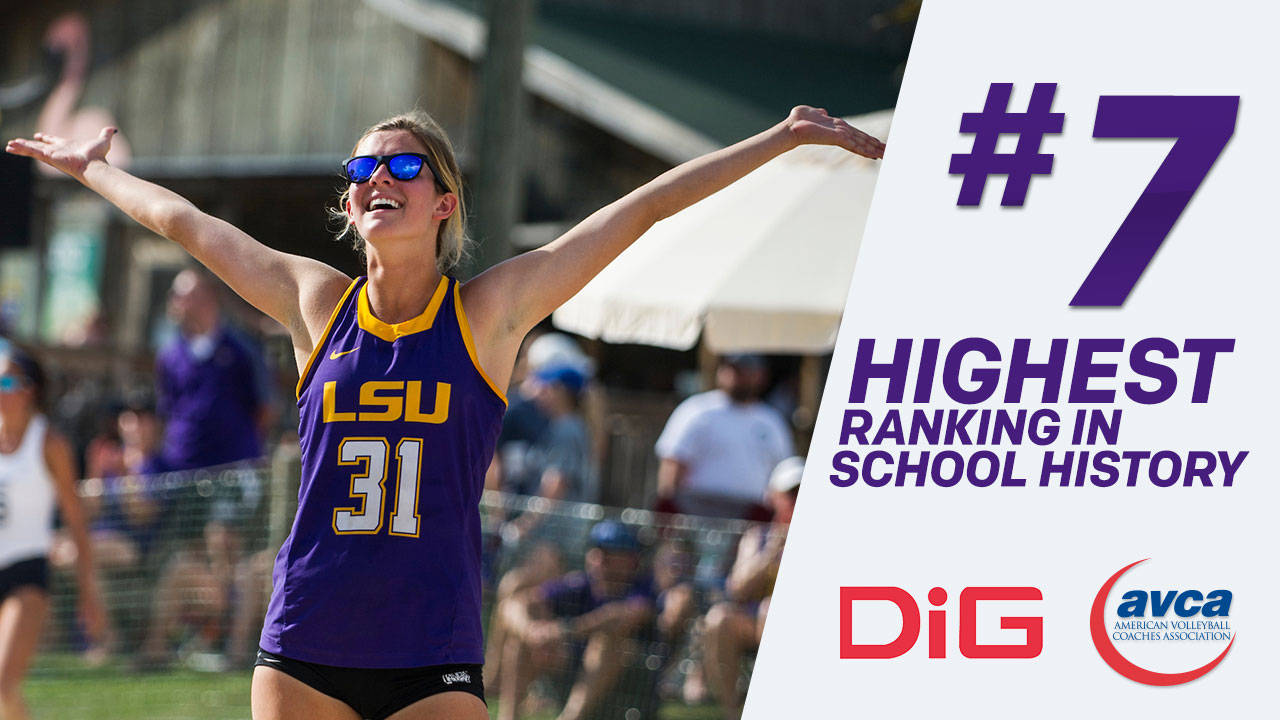 BATON ROUGE- The LSU beach volleyball team (10-5) jumped up one spot in both the American Volleyball Coaches Association and DiG Magazine beach polls, moving up to No. 7 in the overall standings to mark the highest ranking in school history.

LSU had previously posted its highest ranking after the East vs. West tournament, coming in at No. 8 in the polls.

LSU is also one of six teams in the Coastal Collegiate Sports Association to be ranked in the top-15, the most of any conference.

Currently, the Lady Tigers are riding an eight-match win streak, winning nine of their last 10 matches. LSU has also collected four wins against ranked opponents during that span with victories against No. 10 South Carolina, No. 11 Arizona State (twice), as well as No. 7 Arizona.

LSU has swept its last two tournaments and will go for its third this weekend, returning to action in the GSU Diggin’ Duals tournament at the GSU Complex in Atlanta, Georgia.

The Lady Tigers are led by freshman duo Claire Coppola and Kristen Nuss, who have compiled an impressive 12-3 record on the season with more than half the wins coming against ranked competition.

At the three, Katie Lindelow and Olivia Powers have been on a tear, rattling off 10-straight wins for a 10-2 record after losing their first two matches to No. 1 USC and No. 4 UCLA. At the Horned Frog Challenge, the duo also tallied the match-clinching point against Arizona, working a three-setter to lift LSU to the 3-2 victory.