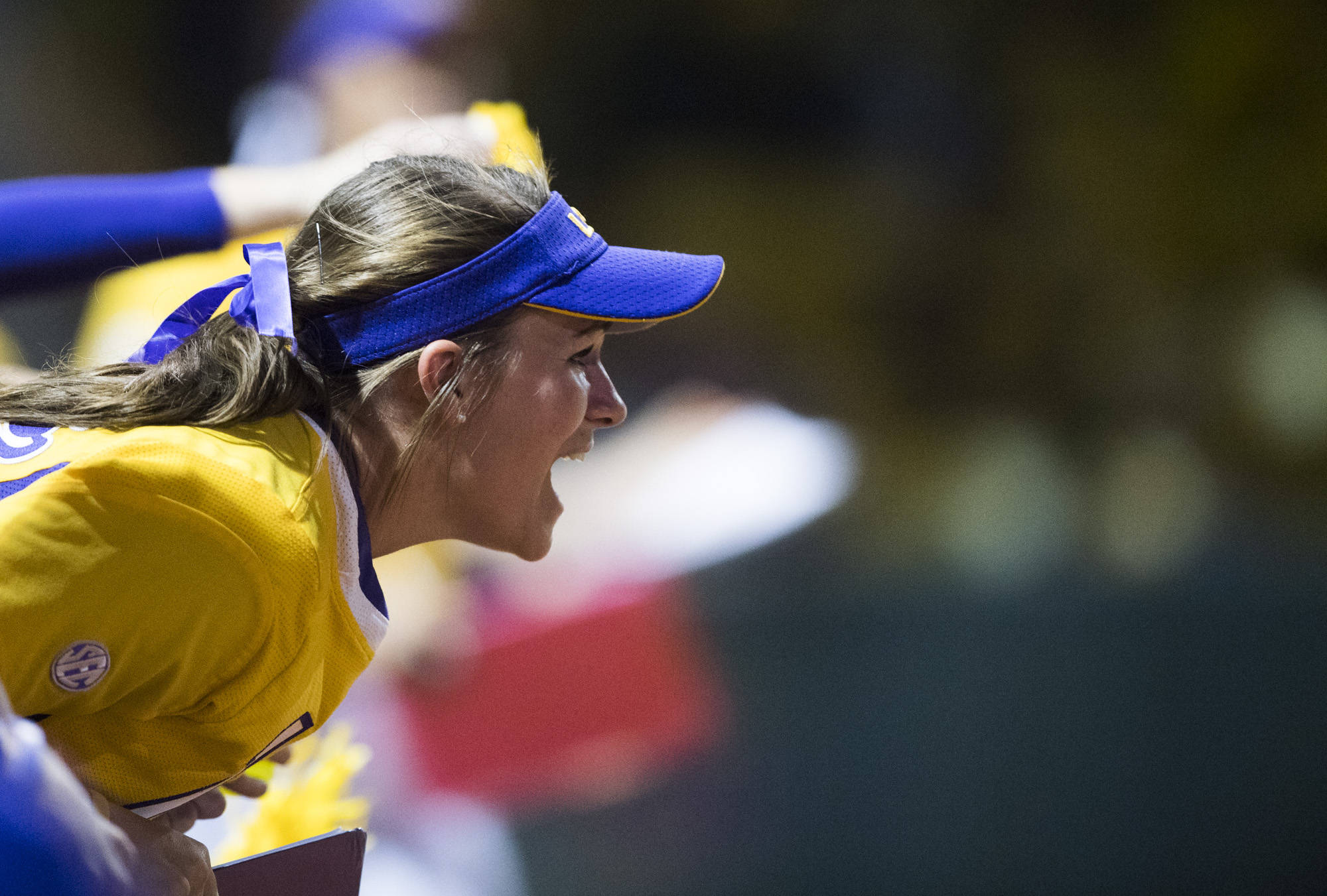 BATON ROUGE, La. – The No. 12 LSU softball team opens the second half of its eight-game home stand on Tuesday evening, hosting the ULM Warhawks at 6 p.m. at Tiger Park in Baton Rouge.

The game will air on the radio home of LSU softball on Talk 107.3 FM locally in Baton Rouge, as fans can also listen to the game for free at LSUsports.net/live. A link to live stats will also be available at game time at LSUsports.net.

The Tigers head into another week with a full head of steam after coming off of a series sweep of the Georgia Bulldogs over the weekend in a return to league play. The sweep of the Bulldogs, the first for LSU since the 2008 season, improved the team’s record to 27-7 overall and 4-2 in the SEC.

LSU is now 18-2 at home this year at Tiger Park and have won each of their last six at home dating back to the LSU Invitational at the beginning of the month, while reeling off the last five in a row over the course of the last two weeks.

Leading the way throughout each of LSU’s four games last week was the stifling nature of the Tiger pitching staff that held both Nicholls and Georgia to a combined five runs and 11 hits. Combined with a defense that committed just one error, the opposition struggled to the tune of a .120 hitting clip and a pair of shutouts.

In her only appearance in the circle of the weekend, Allie Walljasper became the first LSU pitcher to get to double figure wins, improving to 10-1 on the season as she pitched the first of back-to-back two hit shutouts of the Bulldogs on Sunday. She struck out four and walked three, earning her team-leading fourth shutout of the year.

Sydney Smith followed that up with her two-hit, complete-game shutout to notch the sweep for the Tigers, as combined with Walljasper and the first game of the series, Georgia was held scoreless for 15 consecutive innings.

Carley Hoover secured two of the four wins in the circle and had an ERA of 0.72, as she struck out nine in 9.2 innings of work and had an opponent batting average of 0.94.

LSU did wind up outhitting the two teams 23-11, with five players combing for 18 of the 23. Aliyah Andrews led the team at the plate with a .444 average as one of three players finishing with four total hits, which included Amber Serrett who hit .400.

Bailey Landry continues to lead the nation in hits with 58 and is second overall in average at .513, leading the team in RBIs on the week with three. Landry ran her hitting streak to 20 games before it eventually came to an end in the finale on Sunday, but in the contest she was walked twice and stole two bases as she came around to score the team’s only run of the contest.

On the free pass list to the tune of six was Sahvanna Jaquish who has now been walked 27 times this year. Jaquish also continues to lead the team in RBIs with 34.

ULM comes into their only meeting with the Tigers with a 19-12 overall record, as LSU is 10-0 against the Warhawks all-time. In the only meeting between the two sides last year, LSU defeated ULM 8-0 in five innings.

“I know they are continuing to improve. They are always somebody that gives us a great game and plays us tough. I know it is going to be no different on Tuesday. We are going to have to show up with our best effort. We will be playing after an off day, so hopefully our team can rally and come out and have a good performance.”

Enters the contest with a 19-12 overall record and 4-5 record in Sun Belt play… Warhawks are coming off of a series loss to Texas State in Monroe over the weekend… Began the year winning five of their first six games… Is hitting .254 at the plate as a team with 206 total hits… Sydney McKay leads ULM in total hits with 40 and in batting average at .396… McKay also has 22 of ULM’s 55 stolen bases this year… Has a staff ERA of 3.07, with nine shutouts and an opponent batting average of .229… Melanie Coyne leads the staff in wins with 12, strikeouts with 89 and shutouts with eight.

LSU returns to SEC play and closes out its home stand with a three-game series against the Mississippi State Bulldogs at Tiger Park this weekend.