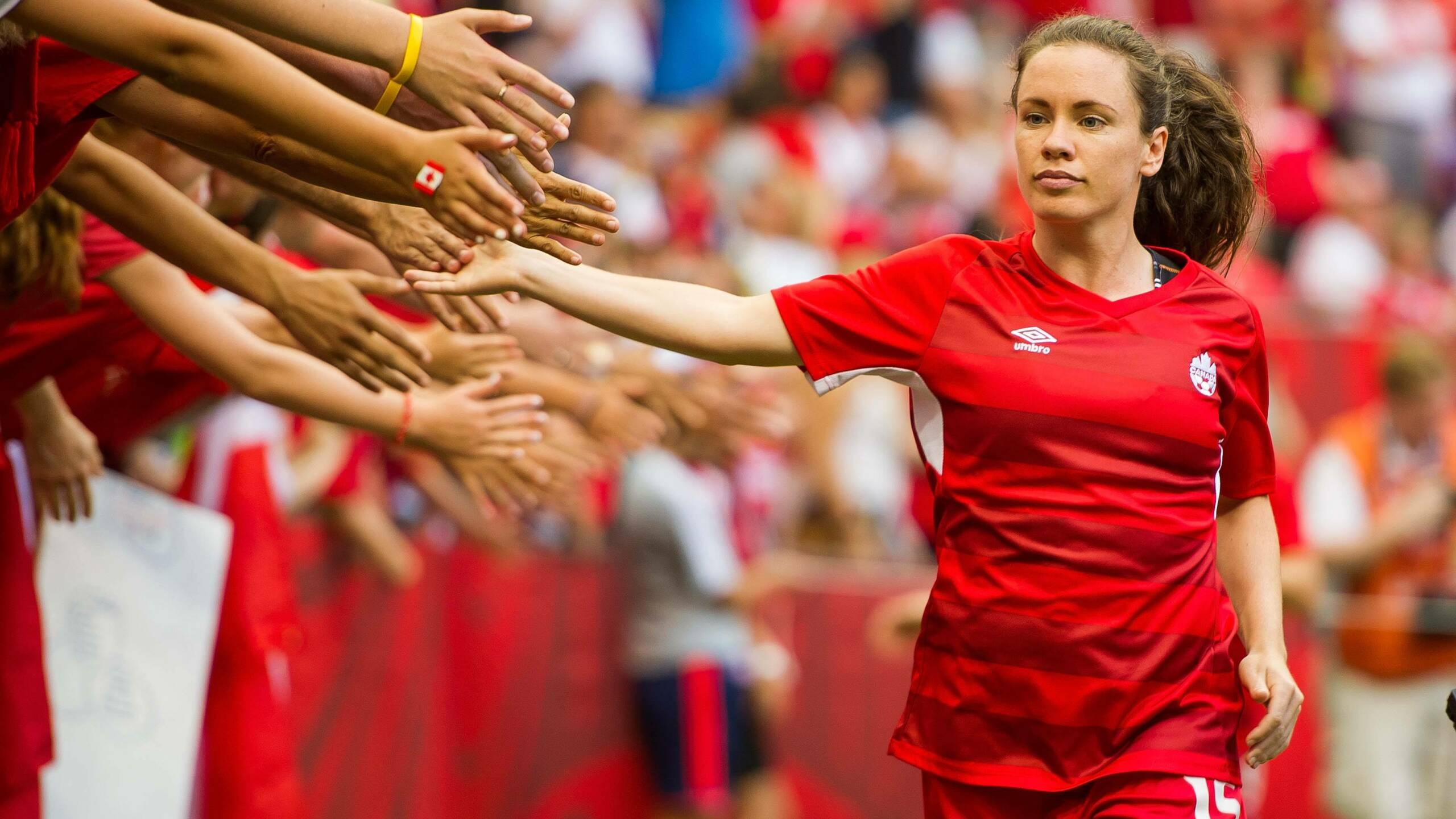 BATON ROUGE – Allysha Chapman made history a season ago as the first LSU Tiger to play at the FIFA Women’s World Cup, and she will make history once again in Rio de Janeiro, Brazil, this summer as the program’s first Olympian after being named by head coach John Herdman to Canada’s 18-player squad for the 2016 Olympic Games.

The Canadian Olympic Committee announced Monday the 18 athletes nominated to represent their nation in the women’s soccer competition at this year’s Olympic Games beginning in August.

The Canadian Women’s National Team qualified for the Rio Olympics at the 2016 Confederation of North, Central American & Caribbean Association Football Qualifying Championship in February to which Chapman had a key role in her country earning its third-straight Olympics appearance. She was named to the CONCACAF Women’s Olympic Qualifying Best XI as one of the top players in the qualification tournament.

“We will have to be at our best in every match to progress through this Olympic tournament,” Herdman said in a statement posted to CanadaSoccer.com. “It will be about producing personal bests, and I believe that the combination of the young players that we’ve brought into the team and the culture that’s been created by the veterans will give us a chance to really have a push in Rio.”

Canada, the reigning Olympic Bronze Medalists in women’s soccer after placing third overall at the 2012 London Olympics, is set to battle Germany, Australia and Zimbabwe in Group F as the Rio 2016  Women’s Olympic Football Tournament is set to begin with the first group-stage matches on Aug. 3. Their bronze medal four years ago was Canada’s first medal in a summer team sport since the 1936 Olympic Games in Berlin, Germany.

Twelve women’s soccer nations will compete in three four-team groups at the 2016 Olympic Games with eight teams advancing into the knockout quarterfinals. The famed Maracanã in Rio de Janeiro will host the Gold Medal Match on Friday, Aug. 19, with the Bronze Medal Match also being played at Corinthians Arena in Sao Paulo on the same day.

Chapman was a catalyst in helping the host nation advance to the quarterfinal round of the 2015 FIFA Women’s World Cup held in Canada last summer as they look to return to the Olympics podium in August.

Chapman, who plays professionally with the Houston Dash of the National Women’s Soccer League, has emerged as one of the first names on Herdman’s team sheet with her performance in recent years as she owns 32 international caps with the Canadian Women’s National Team after making her senior debut on Oct. 24, 2014.

Along with her defensive prowess, Chapman has scored one goal and been credited with two assists from left back position while playing with Canada’s senior squad. She scored her first and only international goal for Canada at the senior level nearly one year ago with the winner in a 1-0 victory over Italy at the 2015 Cypress Women’s Cup.

At club level, Chapman has made eight appearances with eight starts in Houston’s nine matches in 2016 as she is now in her second full season with the team after joining from Sweden’s Eskilstuna United in 2014.

Watched in Swe 4 yrs ago. Olympics will be a bit different this time. So honoured for another chance to represent 🇨🇦 pic.twitter.com/gRUyB5z7tq