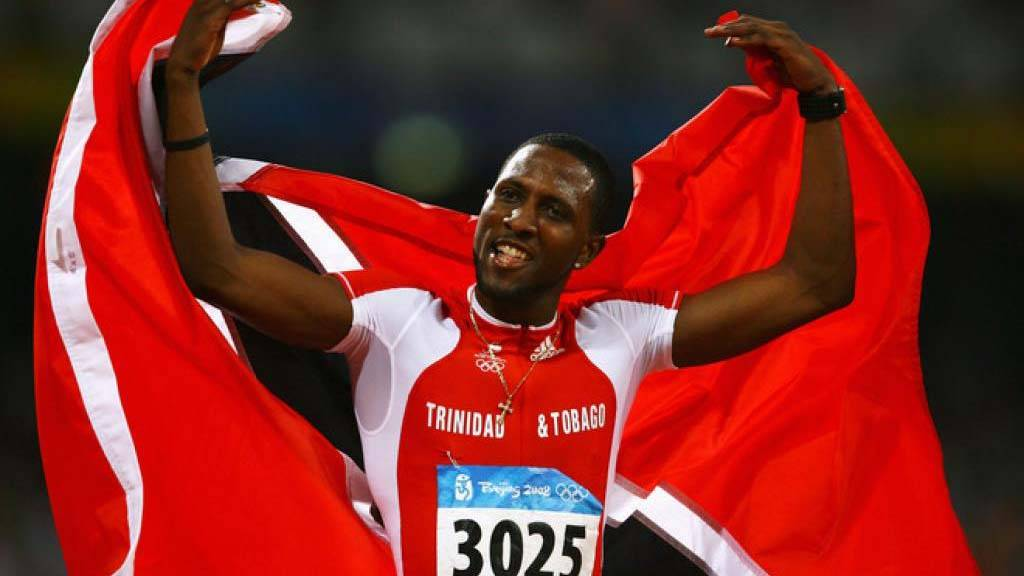 PORT-OF-SPAIN, Trinidad – After being crowned Trinidad & Tobago’s national champion in the men’s 100-meter dash on Saturday and earning a spot on his third Olympic team, Richard Thompson sprinted to the 200-meter silver medal in Sunday’s finale the 2016 Sagicor National Open Championships held at Hasely Crawford Stadium.

He positioned himself to compete in the 200-meter dash at the Olympic Games for the first time with a runner-up finish the final on Sunday as he posted a wind-aided seasonal best of 20.54 (+2.1) to finish behind only Rondell Sorrillo (20.24w) in the race. Thompson must now meet the Olympic qualifying standard with a wind-legal 20.50 or faster if he wants to run the 200 meters in addition to the 100 meters in Rio.

Guyana’s Winston George placed third among all competitors in the event with his wind-aided 20.64 (+2.3) in the first heat, while former LSU All-American Shermund Allsop was the third-place Trinidadian in the event, clocking 20.67 (+2.1) for fourth place overall. Like Thompson, Allsop must now meet the Olympic qualifying standard in the coming weeks to qualify for the Olympic Games in the event.

Former Lady Tiger national champion Kelly-Ann Baptiste followed her third-place finish in the women’s 100-meter final on Saturday night with a fourth-place finish in the 200-meter dash on Sunday as she posted 22.79 (+1.6) for a new seasonal best in the event. She followed Michelle-Lee Ahye (22.33), Semoy Hackett (22.61) and Reyare Thomas (22.72) across the line as each earned an Olympic berth with their top-three finish.

Baptiste was confirmed to her fourth-straight Olympic team for Trinidad & Tobago on Saturday when she placed third in the final of the 100 meters after running a seasonal-best time of 11.04 in the semifinal round.

Former LSU All-American Kyron Blaise also won his country’s silver medal in the men’s triple jump on Sunday afternoon when he leaped a series-best of 50 feet, 9 ¼ inches on his second attempt. Ade Alleyne-Forte, a former teammate of Blaise during his collegiate career with the Tigers, placed 13th overall in the men’s 400-meter dash with his run of 47.94 in Sunday’s finale.