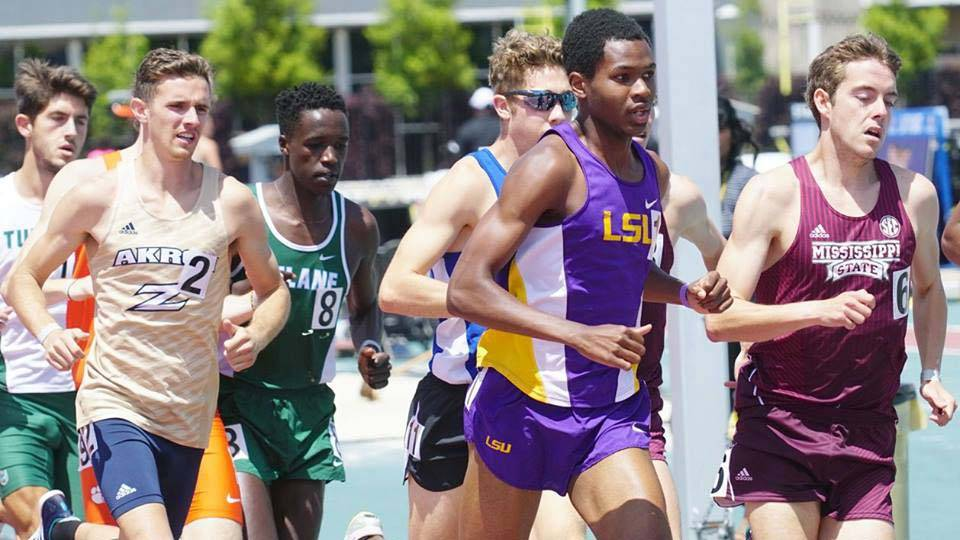 CLOVIS, Calif. – Class of 2016 recruit Ruby Stauber slashed more than two seconds off of her personal best to win the bronze medal in the 800 meters before Tiger freshman Dajour Braxton scored the silver medal in the 5,000 meters to highlight Saturday’s action at the 2016 USA Track & Field Junior Outdoor Championships.

Stauber, who qualified for the girls’ 800-meter final with a seasonal-best time of 2 minutes, 6.62 seconds in Friday’s prelims, smashed her seasonal best by more than three seconds and previous personal best by more than two seconds with a run of 2:03.43 in the final to add the bronze medal to the USATF Junior silver medal she won as a high school junior a year ago.

Stauber clocked the fourth-fastest time among high school half-milers this season and the second-fastest time nationally among members of the Class of 2016 while eclipsing her previous PR of 2:05.67.

The Plymouth, Minnesota, native and Wayzata High School product continues to shine this outdoor season as her bronze-medal-winning third-place finish at the USATF Junior Outdoor Championships is only one week since she won the 800-meter silver medal at the New Balance Outdoor Nationals held in Greensboro, North Carolina.

Braxton was sandwiched between two Wisconsin runners in winning the USATF Junior silver medal in the 5,000 meters as he crossed the finish line in 15:28.80 for second place overall. Wisconsin’s  Zachary Snider was a narrow winner in 15:28.46, while Badger teammate Olin Hacker rounded out the medalists in third place with a time of 15:29.05. The qualifying standard for the IAAF World Junior Championships is 14:15.00.

In other action, Lady Tiger recruit and Texas Gatorade Girls Track & Field Athlete of the Year Tonea Marshall was the eighth-place finisher in the girls’ 100-meter hurdles with a time of 13.50 (+0.3) in the final. She ran an impressive 13.07 (+0.6) to win the second heat in qualifying earlier in the day for her second-fastest time in the event this season.

Future Tiger Rayvon Grey followed his gold-medal-winning performance at the New Balance Outdoor Nationals a week ago by finishing seventh overall in the boys’ long jump final at the USATF Junior Championship on Friday night when he jumped a series best of 24-11 (+1.1) in the third round of qualifying.