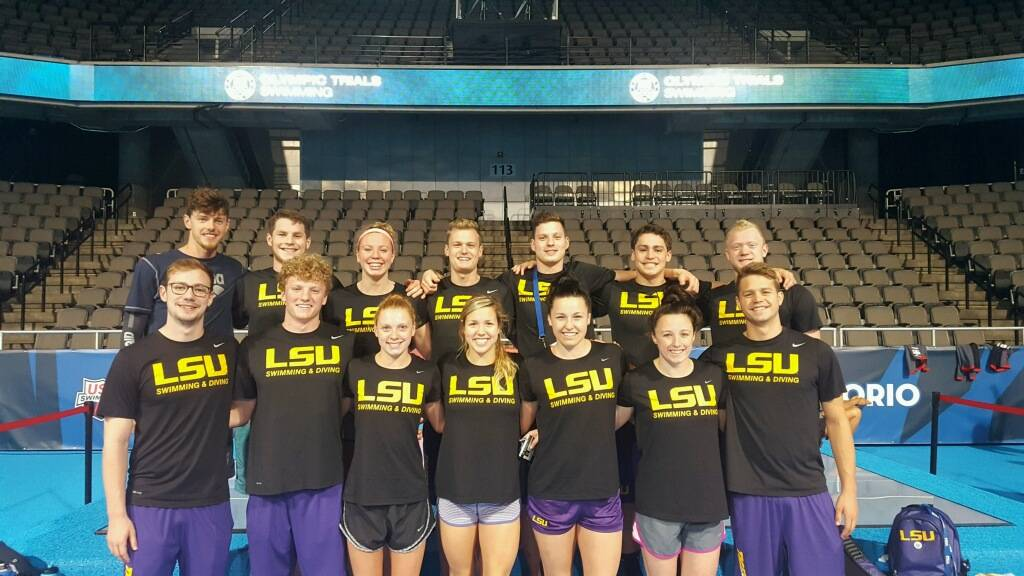 “This is the moment every four years where the world of swimming has their eyes on the United States and what we are doing at every level of our sport,” co-head coach Dave Geyer said. “The venue set up for this is amazing with nearly 12,000 tickets sold for every session. This is truly a once in a lifetime opportunity for our athletes to literally take center stage.”

Alumni Michael Saco, Amber Carter, Caley Oquist and Sophie Weber also qualified for the trials. Carter will compete in the 100 fly and Saco will swim the 50 free.

Carter represented LSU at NCAA Championships and earned honorable mention All-America honors in the 100 fly her senior year. The Austin, Texas native owns the 15th-best time in the 100 fly in 59.22.

“It can become really easy to get lost in the excitement here, we just need to focus on our eight foot by 50 meter lane and do what we are capable of doing,” Geyer said. “If we can do that, individuals certainly have a shot at making semifinals or finals.”

This group of U.S. Olympic Trials qualifiers joins seven current, former and future members of the LSU program who competed across the world and represented six other countries this spring.

Alex Linge competed at the 2016 European Championships and represented his home country of Sweden for the first time.

“I can’t emphasize the growth of this program enough well over doubling our qualifiers from four years ago,” Geyer added. “I’m thrilled with the personal commitment and sacrifice this group has made to compete at this meet.”