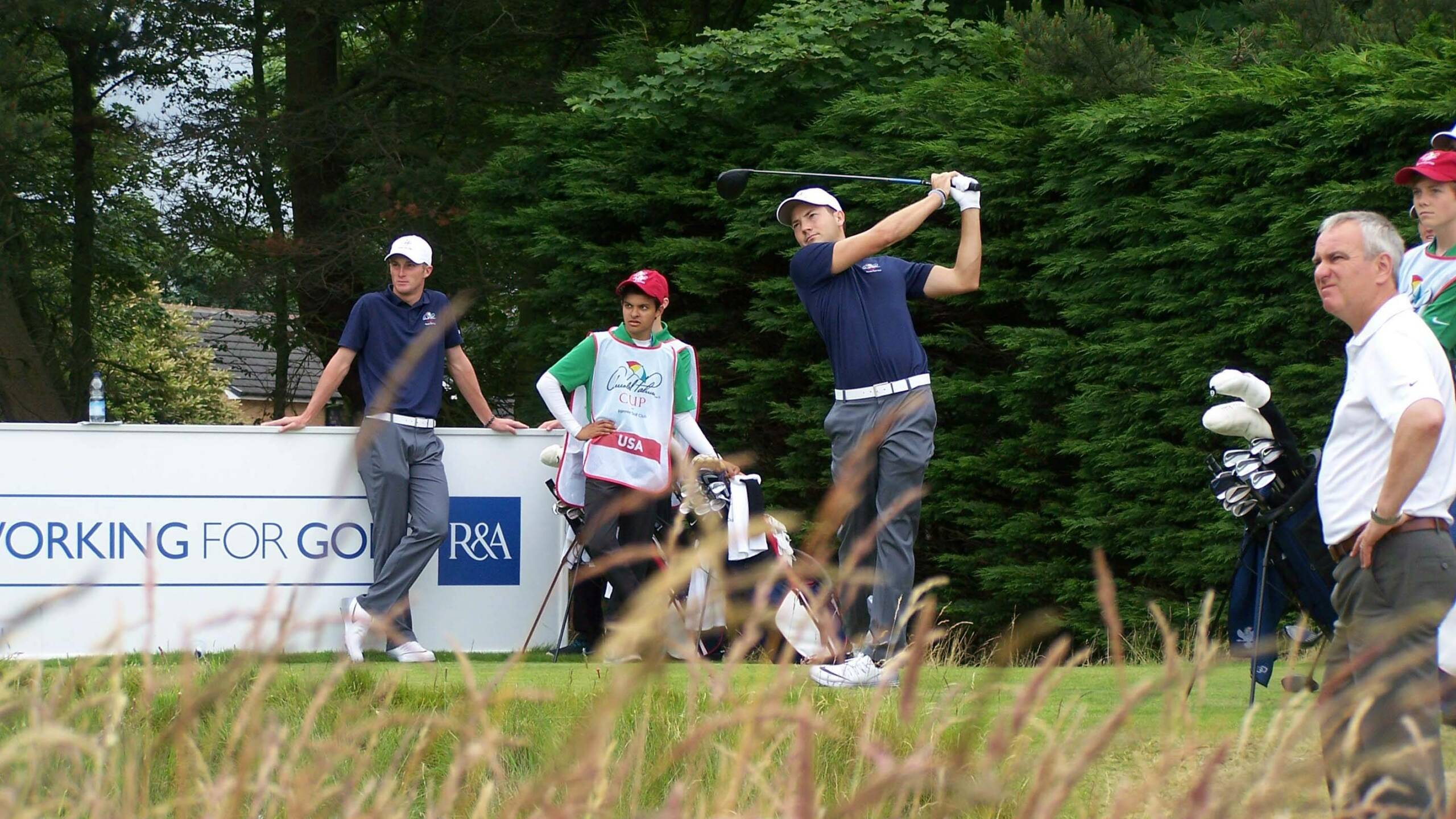 BATON ROUGE – Three LSU Tigers were honored as All-Americans by the Golf Coaches Association of America on Thursday afternoon for their efforts during the 2015-16 season as senior Zach Wright earned second-team honors and freshmen Sam Burns and Luis Gagne received honorable mention honors on the PING All-America Teams.

This marks the third-straight season in which three Tigers have been recognized as All-Americans after leading the team to match play at the NCAA Championships as Wright, Burns and Gagne guided this year’s team in a tie for fifth place nationally with another appearance in the national quarterfinals.

Wright has earned All-America honors for the second-straight season as his selection as a PING Second-Team All-American on Thursday follows his honorable mention selection by the GCAA as a junior in 2015.

Burns and Gagne have both earned PING Honorable Mention All-America honors as two of the top rookies in college golf after also being named by the GCAA to the PING All-Southeast Region Team earlier this month. With their selections as All-Americans for the 2015-16 season, 11 different LSU Tigers have accounted for 23 All-America honors in the 11 seasons under head coach Chuck Winstead.

Wright received National Player of the Year consideration throughout the 2016 spring season while winning three tournament titles and wrapping up the season as the No. 13-ranked player in college golf with the final Golfweek individual player rankings released following the NCAA Championships. He also earned First-Team All-SEC honors and a selection to the PING All-Southeast Region Team for his performance.

Wright opened the spring by leading the Tigers to the team title at The Prestige at PGA West in record fashion while being crowned the individual champion with a career-low tournament score of 12-under par 201. He then won individual titles at the Valspar Collegiate Invitational with a winning score of 2-under 211 and tying for the top spot at the Tiger Classic before postseason play.

A senior from Phoenix, Arizona, Wright ended his senior season as the team’s leading scorer with a career-best 71.51 scoring average in his 13 tournament appearances in 2015-16. He also led the Tigers with seven top-10 and 10 top-20 finishes in those 13 appearances in his final season in Baton Rouge.

That performance earned Wright a spot on the United States team that is competing at the 2016 Arnold Palmer Cup at Formby Golf Club in Merseyside, England, this weekend. He earned an automatic selection to play for Team USA in the Ryder-Cup-style collegiate event with his top-six ranking at No. 3 in the final Arnold Palmer Cup Ranking released by the GCAA in April.

While Wright closed the book on his collegiate career in 2015-16, Burns and Gagne provided a glimpse of the future with their performance as freshmen. Gagne ranked as the No. 33 player nationally by Golfweek after his appearance at the NCAA Championships, while Burns followed as the No. 55-ranked player in the country to finish off his debut season.

LSU’s freshmen finished as the team leaders in stroke play at the NCAA Championships as they were just one shot outside the Top 10 of the leaderboard in a tie for 13th place overall with matching scores for 4-over par in 72 holes played at Eugene Country Club. Burns followed Wright as the team’s second-leading scorer with a 72.42 scoring average on the season, followed by Gagne in third with a 72.48 average.