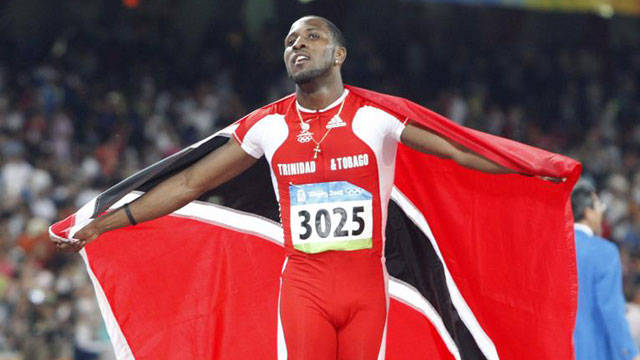 BATON ROUGE – The Road to Rio goes through Port-of-Spain, Trinidad & Tobago this weekend as six former LSU Track & Field athletes will be in action at the Sagicor National Open Championships beginning Friday at Hasely Crawford Stadium to kick off the program’s qualifying campaign for the 2016 Olympic Games this summer.

Kelly-Ann Baptiste, Richard Thompson and Ade Alleyne-Forte all look to make their return to the Olympic Games for Trinidad & Tobago, while Shermund Allsop, Kyron Blaise and Jamaal James hope to wear the red and black for the first time and make their Olympics debut for their country through qualification.

Baptiste eyes her fourth-straight appearance for Trinidad & Tobago in the Olympic Games after making her debut as a 17-year-old in Athens in 2004 as a member of her country’s 4×100-meter relay team.

Baptiste, who will run only the 100 meters this weekend, set her personal best and the Trinidad & Tobago national record of 10.84 seconds in winning the women’s 100-meter title last year at the Sagicor National Open Championships. Twice a World Championships Bronze Medalist during her professional career, Baptiste is still in search of her first trip to the podium at the Olympic Games in her career.

An athletics icon in his home nation, Thompson is the most decorated Olympian in the history of LSU Athletics as a three-time Olympic Silver Medalist between appearances in Beijing in 2008 and London in 2012.

Thompson, who will also run both the 100 meters and 200 meters at Hasely Crawford Stadium this weekend, has appeared in each of the last two Olympic finals in the 100-meter dash as he placed sixth in London after winning the silver medal in Beijing. He has appeared in three major international finals in the event as he also placed fifth at the IAAF World Championships in 2009.

Thompson has earned the Olympic qualifying standard in the 100-meter dash once again with a best of 10.04 run during this qualifying period at the Jamaican Invitational held on May 9 of last year.

Alleyne-Forte added his name to LSU’s Olympic medalists in his debut in 2012 when he ran on Trinidad & Tobago’s 4×400-meter relay that won the bronze medal with a previous national-record time of 2 minutes, 59.40 seconds in the final. The former five-time All-American recently won a World Indoor Championships bronze medal with his fellow countrymen in the event this year while setting an indoor national record of 3:05.51.

Allsop is getting closer to the Olympic qualifying standard of 20.50 in the 200-meter dash after sprinting to a wind-legal PR of 20.66 in the event at the Star Athletics Pro Meet in Montverde, Florida, held June 11. Like his compatriot in Thompson, Allsop will also line up in both the 100 meters and 200 meters at this year’s Sagicor National Open Championships.

James is just over a second shy of Olympic qualification himself in the 800-meter run when he clocked 1:47.07 to win the bronze medal at the North American, Central American & Caribbean Championships in San Jose, Costa Rica, last May. He will run the event this weekend looking to meet the Olympic standard of 1:46.00 to earn his ticket to Rio de Janeiro and compete in the Olympic Games for the first time.

A three-time All-American during his two-year career with the Tigers, Blaise is set to compete in both the long jump and triple jump this weekend with personal bests of 25 feet, 11 ½ inches and 54-1 ¼ to his name.