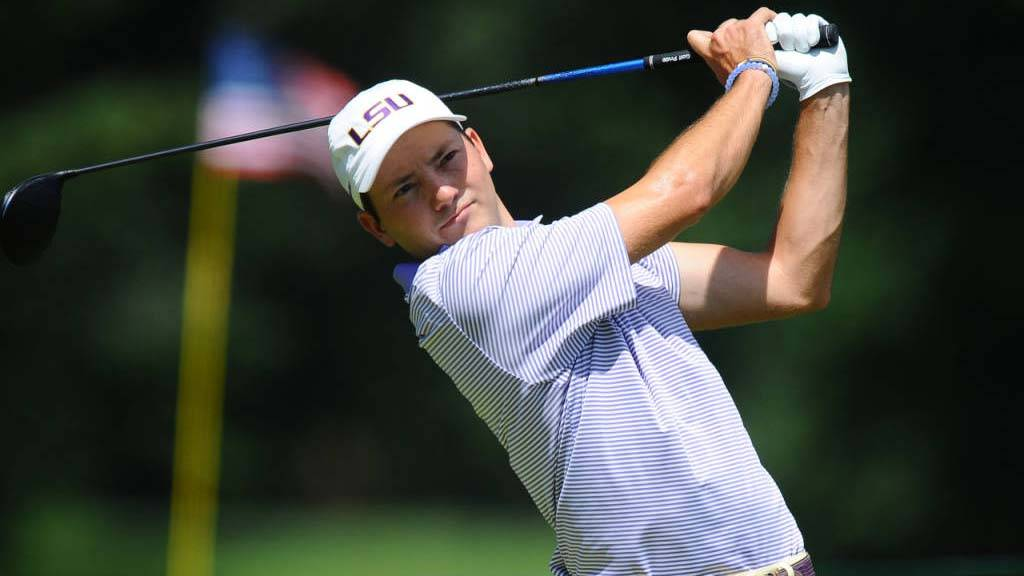 BATON ROUGE – In the wake of a brilliant senior season with the Tigers in 2015-16, LSU’s Zach Wright has made the trip to Formby, Merseyside, England, as he will tee off with the rest of the 10-man Team USA against Team Europe at the 2016 Arnold Palmer Cup beginning Friday and running through Sunday at Formby Golf Club.

Wright will tee off in the annual Ryder Cup-style tournament featuring the top American and top European golfers competing at the collegiate level each season. The United States is the Arnold Palmer Cup holder with a decisive 18-12 victory over the Europeans on its home turf at Rich Harvest Farms in Sugar Grove, Illinois, last summer.

Wright’s selection to the 10-man Team USA competing at the Palmer Cup caps an All-American senior season in which he ended the season as the No. 13-ranked player nationally in the final Golfweek rankings.

The Phoenix, Arizona, native was also honored as a First-Team All-SEC selection before leading LSU to match play at the NCAA Championships for the third-straight season where the Tigers officially tied for fifth in their quarterfinals appearance. Wright was the team’s leading scorer this season with a career-low 71.51 stroke average and a team-best seven top-10 finishes during the 2015-16 season.

This marks the second time in three seasons in which an LSU Tiger will represent the United States at the Arnold Palmer Cup after former All-American Stewart Jolly played at England’s Walton Heath Golf Club in 2014.