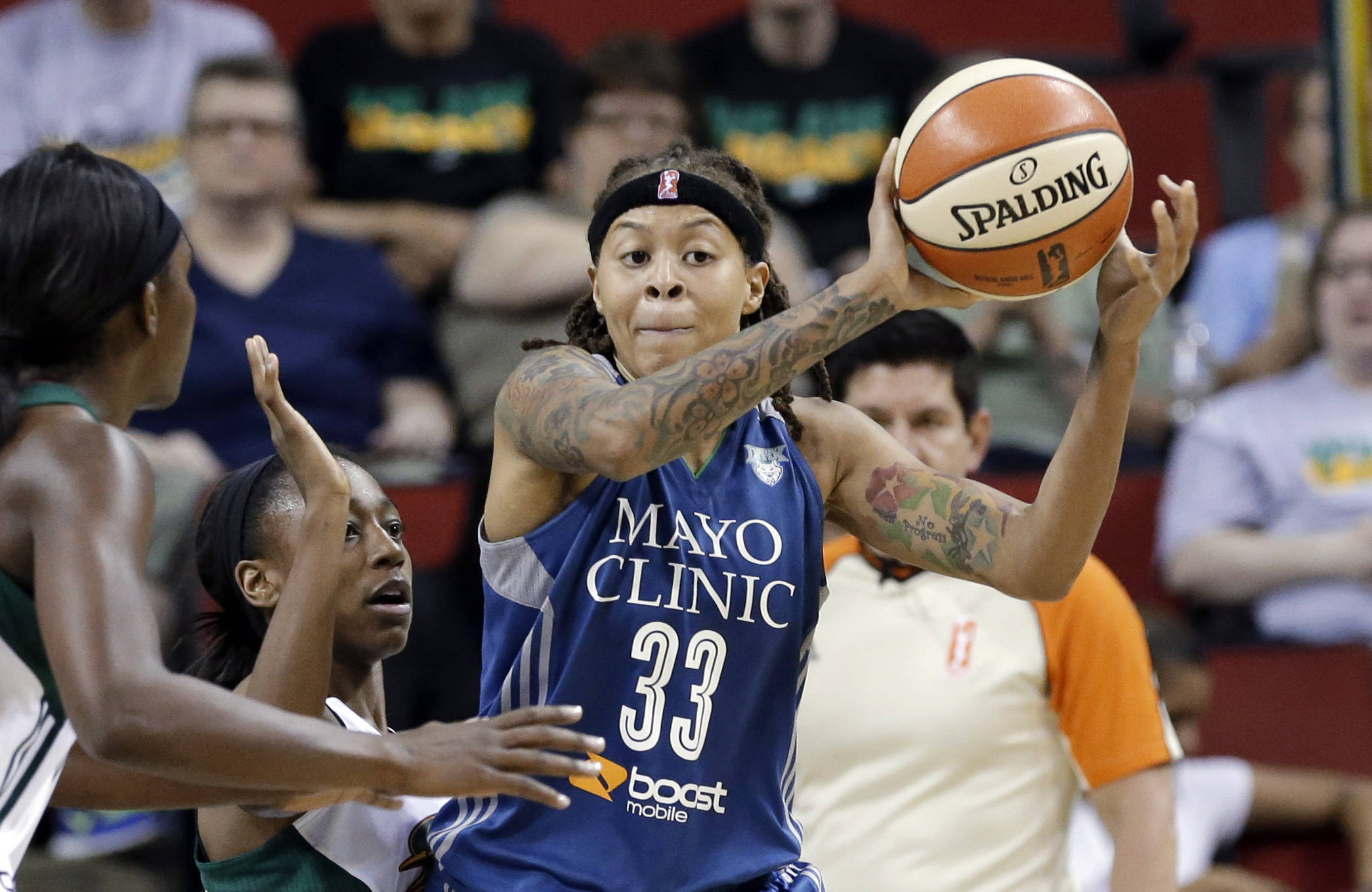 NEW YORK – Three-time WNBA Champion and former LSU standout Seimone Augustus earned a spot on the league’s list of the 20 greatest and most influential players in its history. The announcement of the WNBA Top 20@20 was made on ESPN’s SportsCenter: Face-to-Face with Hannah Storm Tuesday morning.

The announcement was made today to honor the date of the league’s inaugural regular-season game played on June 21, 1997, when the New York Liberty defeated the Los Angeles Sparks, 67-57, at the Great Western Forum in Inglewood, Ca.

ESPN Networks will promote the list throughout the day on various programs, including ESPN’s noon ET SportsCenter: Coast-to-Coast during which Cari Champion will interview two-time WNBA MVP and four-time Finals MVP Cynthia Cooper-Dyke, as well as during ESPN2’s telecast of the Phoenix Mercury vs. Dallas Wings game at 8 p.m. ET.

“Dominant. Exciting. Game-changers. That’s what comes to mind with these 20 incredibly talented, skilled and entertaining players,” said Renee Brown, the WNBA’s Chief of Basketball Operations and Player Relations, who has been an executive with the WNBA since its formation in 1996. “There are scorers, playmakers, ball-handlers, rebounders, defensive stoppers, leaders and players who have brought out the best in their teammates. There are players who built the league, players who elevated the game to new heights and players who will carry the torch and inspire the next generation of superstars. Of the more than 850 players who have taken the court during our 20 seasons, I can’t think of 20 women who better represent where the league has come from and where it is headed.”

The 60 nominees for the WNBA Top 20@20 were selected based on factors like on-court performance and ability, leadership and sportsmanship, as well as contributions to team success. In addition, all players must have been a member of a WNBA team for two seasons and met three of the following seven criteria: the winner of a major individual award; a selection to either the All-WNBA First Team or All-WNBA Second Team; a selection to either the WNBA All-Defensive First Team or WNBA All-Defensive Second Team; a selection to the

WNBA All-Star Game; a member of a WNBA Championship team; a current ranking among the top 30 career leaders in at least one major statistical category; and a selection to either the WNBA’s All-Decade Team (voted on in 2006) or the WNBA’s Top 15 Players (voted on in 2011).