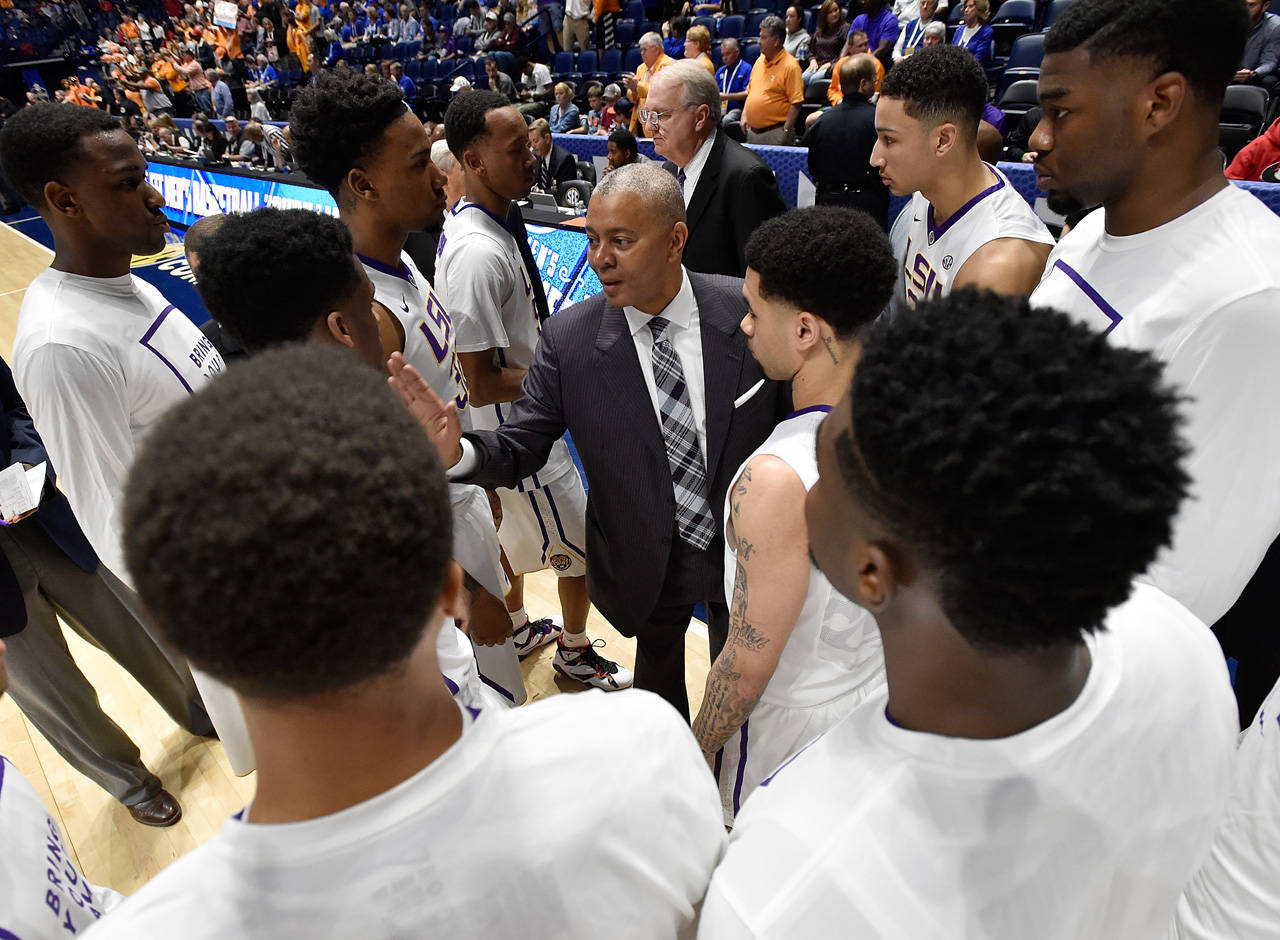 One week from tonight, NBA Commissioner Adam Silver will step to the microphone at the Barclay’s Center in Brooklyn to announce the first pick in the annual NBA draft.

For the first time since 1992, LSU fans will wait to see if one of their own will be invited up on the podium as the No. 1 pick.

Ben Simmons knew after his one season in Baton Rouge that he should be the first or second pick of the draft to either the Philadelphia 76ers with the No. 1 pick or the Los Angeles Lakers with the No. 2 pick. That’s what the mock drafts have been saying for weeks and months and in some cases for over a year with all seemingly in consensus that the native of Australia will be playing for the 76ers.

In 1992, a junior named Shaquille O’Neal gave the Tigers the first No. 1 pick of the draft when then commissioner David Stern brought O’Neal on stage as the No. 1 pick of the Orlando Magic. Now if you watched the video of the selection on the recent ESPN movie about the Magic, you see Shaq mouth his shock at being No. 1, but don’t let that fool you. The big man knew his skills were heading to Orlando.

Now Simmons (and his advisors) probably knows exactly what will happen a week from now, but it will be interesting to watch and listen to the many experts pontificate.

Let’s admit it. Simmons was treated like no college athlete in a long time by the national pundits. It almost appeared that they couldn’t get enough of him and couldn’t do a show unless he was mentioned in some way, shape or form.

It was amazing, and hindsight being 20-20, I wish I had found a way to temper things a bit. But it is stuff he will have to deal with in the NBA and he’s ready. He will learn quickly that good or bad, game after game, there is nowhere to hide if you are a player of his ability.

The same group beginning the day of the March Kentucky game seemed to want to take that ability down a notch after building him up for months. It made for good storylines to find cracks in his game. It all started with those criteria for the Wooden Award. By the way, I wouldn’t have met the criteria when I was a freshman either. Plain and simple.

Simmons and his people have also elected not to work out for teams prior to the draft. I don’t remember what Shaq and Chris Jackson (Mahmoud Abdul-Rauf) did in their years when they were at or near the top of the list. I’m pretty sure Stromile Swift and Tyrus Thomas worked out for teams. But to each his own. If some ownership group doesn’t want Simmons because he didn’t go to the combine or came in for a workout, that’s a decision they must make.

Now what you have to remember as this draft moves closer is that there is more than one LSU story to keep an eye on.

Tim Quarterman and Josh Gray are both looking for their possible future in the NBA. Both are point guards. One, Quarterman, left after his junior season, while Gray has his LSU degree in hand and moved on to his future.

Quarterman, an alternate for the NBA combine, has had his share of workouts and could certainly get a look before the two rounds of the draft are finished.

According to Basketball Insiders on June 7, “… Quarterman (recently) worked out in front of about 20 NBA teams at the Elite Skills Training Pro Day in Miami. Quarterman was among the standouts at the workout, which featured about 35 draft prospects and various free-agent players. Quarterman flashed a wide-ranging set of skills at the workout. He proved that he can knock down the three-ball and drive to the rim among other things. Perhaps the strongest area of his game is his play-making, which was one full display over the weekend as he dropped in plenty of bounce passes and lobs to find teammates for open shots.

“He began the pre-draft process projected to be selected in the second round. Sources have indicated that he’s worked out for 10 NBA teams so far, and will have worked out for 17 teams total by the time draft night approaches.”

Here’s what will keep people watching for a couple more hours after Simmons is drafted and already finished with TV interviews: Quarterman could be a potential second-round steal for somebody and that somebody could be one of the teams that has wanted to work him out.

Gray has had at least four workouts and probably five or six in the last few weeks and while his draft status may not be as strong in just a two-round draft, one can see him having opportunities to go to a team as a free agent and certainly get to showcase his skills in the NBA Summer League, something Quarterman will also certainly have a chance to do.

Gray is working hard and on his Twitter account he has been extremely positive about his workouts and that is a good sign that things are going well for him as he looks for where his pro future lies.

The injury and subsequent surgeries have hindered any chance for another LSU graduate, Keith Hornsby, but his chance for pro ball consideration will be in his future.

So a lot remains to be decided and a lot can happen in a week. We’ll be covering it along with everyone else as on Tuesday we will take a full look back at the LSU draft history and then we will bring you the latest news in our draft day preview in one week. The clock is ticking and to those looking for the chance, the ticking clock runs faster and just ticks louder.