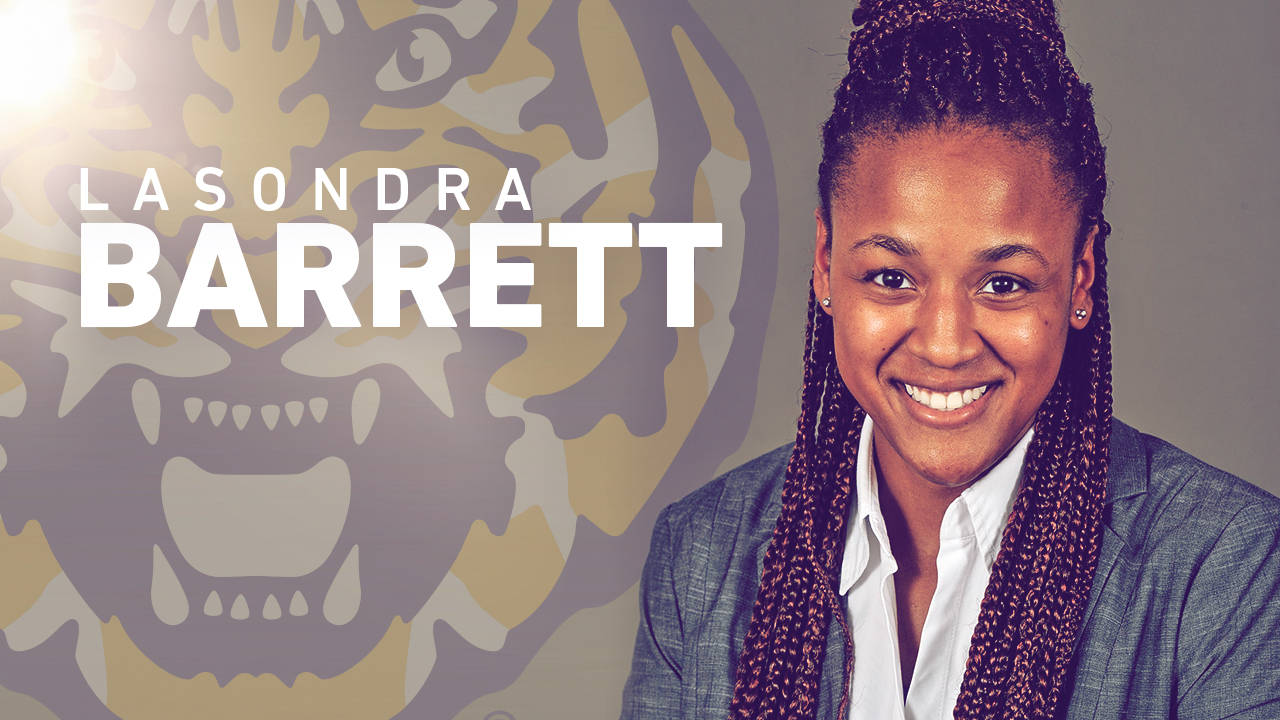 Barrett played for the Lady Tigers from 2008-12 and served the last two seasons under head coach Nikki Fargas as a graduate assistant. In May, Barrett received her master’s degree in kinesiology with a specialization in sport management, and maintained a 3.481 grade point average in graduate school. She was selected as LSU’s 2016 SEC Womens Legend and was honored with legends from each of the SEC teams at the conference tournament in March.

“I am so proud that LaSondra will begin her coaching career after earning her master’s degree from LSU,” said Fargas. “It’s always something to be proud of when your former players return to earn advance degrees from your institution, gain valuable experience as graduate assistants with your program and ultimately receive the opportunity to start their coaching careers. Coach Tiara Malcom and Florida International are gaining a hard-working assistant who understands what it takes to be successful.”

One of the most versatile players in school history, Barrett was an outstanding leader on the floor and in the classroom from 2008-12. She was a two-time first-team All-SEC selection and the 2009 SEC Co-Freshman of the Year. Barrett also earned WBCA Honorable Mention All-America honors in 2011 and 2012. In addition, she was named to the Athletic Director’s Honor Roll all four years, and was a 2012 SEC Community Service Team honoree.

Barrett is one of only two players in school history to record more than 1,500 points, 200 assists, 800 rebounds and 100 steals in a career at LSU. During her career of 126 games, she produced 20 double-doubles and 12 games of 20 or more points. She averaged 12.3 points and 6.5 rebounds per contest during her career and was a 75.3 percent free-throw shooter (497-of-660). She was part of four NCAA Tournament teams at LSU, three as a student-athlete and one as a graduate assistant.

A native of Jackson, Miss., Barrett became the seventh player in school history to be selected in the first round of the WNBA Draft as she was taken 10th overall by the Washington Mystics on April 16, 2012. She played a summer in the WNBA for the Mystics, and competed overseas in Israel and Australia for three years before returning to Baton Rouge to serve as a graduate assistant. She earned her bachelor’s degree in sports administration in December 2011.