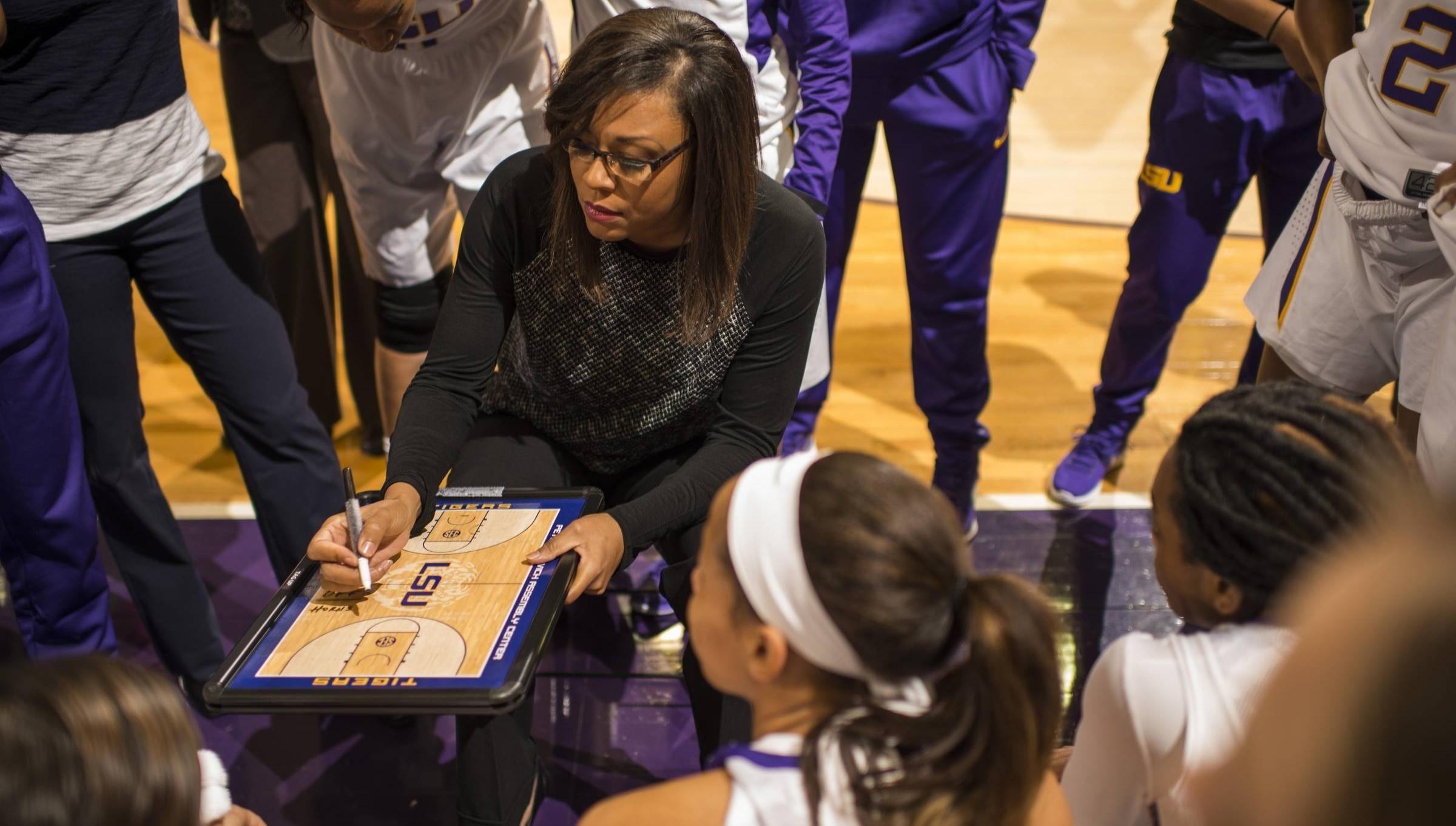 BATON ROUGE, La. – The LSU women’s basketball team will participate in the 2016 U.S. Virgin Islands Paradise Jam, a three-day tournament during the Thanksgiving break, Nov. 24-26. All games will be held in the 4,000-seat University of the Virgin Islands Sports and Fitness Center located in St. Thomas.

Since the tournament’s inception in 2000, some of the nation’s top programs have faced off and the 2016 edition will be no exception. LSU joins a field of eight teams that include Gonzaga, Florida State, Kansas State, Michigan, North Carolina State, UTEP and Winthrop. KSU and FSU were 2016 NCAA Tournament participants, and UTEP, Gonzaga and Michigan saw post-season action in last season’s WNIT.

The women’s tournament is set up as two separate tournament divisions – Reef and Island. Each tournament is a four-team, three-game round-robin event. LSU, NC State, UTEP and Kansas State make up the Island Division, while Winthrop, Gonzaga, Florida State and Michigan will compete in the Reef Division.

This will be LSU’s second appearance in the Paradise Jam. The Lady Tigers faced Missouri State and Penn State in the inaugural tournament in 2000 that also featured Texas Tech. That year, all four teams in the tournament were nationally ranked. Over the years, the tournament has featured two teams that have won National Championships as well as numerous teams to earn NCAA Tournament berths later in the season following their participation in the prestigious event.

There are packages available for fans/groups who want to experience the Paradise Jam up close and personal and enjoy some great basketball and beautiful scenery during Thanksgiving.

Packages include four-star hotel accommodations for four, five or 10 nights at the Frenchman’s Reef & Morning Star Marriott Beach Resort, tournament pass to all games, luggage porterage, ground transfers to and from games and airport as well as a tournament souvenir. For complete information including pricing, please visit paradisejam.com or call Brooke at (425) 776-2775.