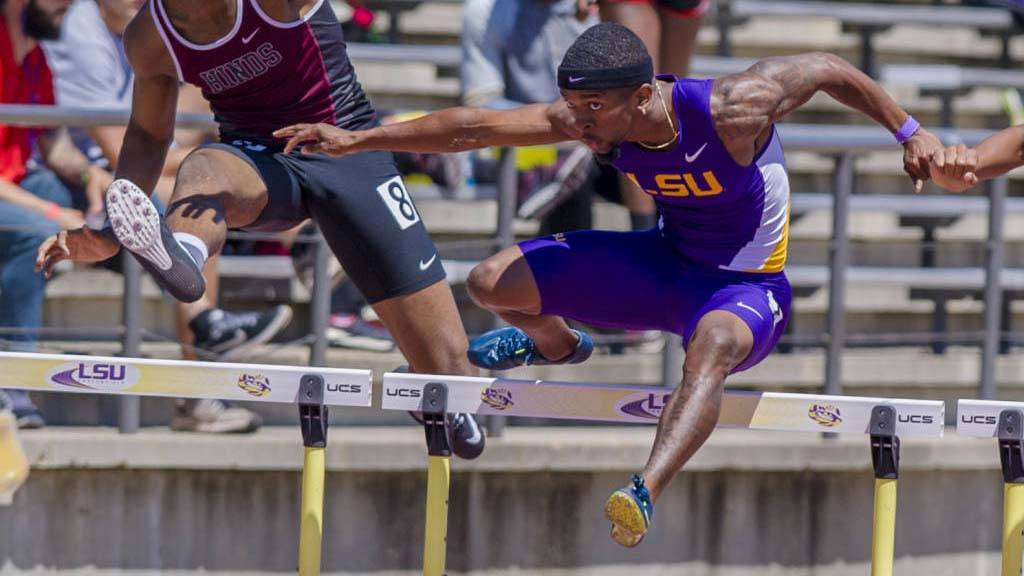 BATON ROUGE – While their teammates competed at the NCAA Division I Outdoor Track & Field Championships last week, senior hurdler and recent LSU graduate Morgan Wells and redshirt freshman distance runner Rebecca Little were honored for the efforts off the track as members of the SEC’s Community Service Team for the 2016 season.

Wells, who received his degree in interdisciplinary studies on May 13, competed in the 400-meter hurdles for the Tigers in each of the last two seasons after transferring to LSU from McNeese State. He has been a true team leader off the track throughout the 2015-16 athletic season while volunteering 81.5 hours of his time to community service in the Baton Rouge area.

Wells served as a mentor to the local youth in Baton Rouge while spending 32 hours at South Baton Rouge Charter School’s Big Buddy Program, and he also worked with youth as part of the Jarvis Landry Youth Camp at Lutcher High School, Level Up Water Park Trip and Lunch With The Tigers at Polk Elementary School in the past year.

He even volunteered his time to provide Thanksgiving dinners to families in Baton Rouge while taking part in Hams For Fams at the Baton Rouge Dream Center on Nov. 21 and the Thanksgiving Delivery effort in nearby New Roads, Louisiana. Other community service projects in which he participated include the Christmas Toy Drive Giveaway in his hometown of Shreveport, the Martin Luther King, Jr. Day of Service and the Women’s Appreciation Day and Brotherhood Service in Downtown Baton Rouge.

Little, an international trade and finance major from Austin, Texas, has also been one of the most active Lady Tigers in the community while volunteering 35.5 hours of her time in the community this year.

Little is a frequent volunteer at the Louisiana School for the Visually Impaired, including events such as Round Table and Zumba on Nov. 21 and other time spent mentoring students throughout the 2016 spring season. She has spent other time with local youth in Baton Rouge, including LSU’s annual Halloween BOOzar on campus and Reading With The Tigers at University Terrace.

She is also a frequent volunteer with the elderly community in Baton Rouge while working at Senior Living Tailgate at Williamsburg Senior Living Community and Coffee Club at Belmont Village Retirement Community in town. Little’s other community service projects include Sickle Cell Sundae in partnership with McDonald’s, Hams For Fams during Thanksgiving with the Baton Rouge Dream Center, World Sight Day in Free Speech Alley on LSU’s campus and the Delta Gamma Anchor Bowl and Bites For Sight with the Delta Gamma House at LSU.