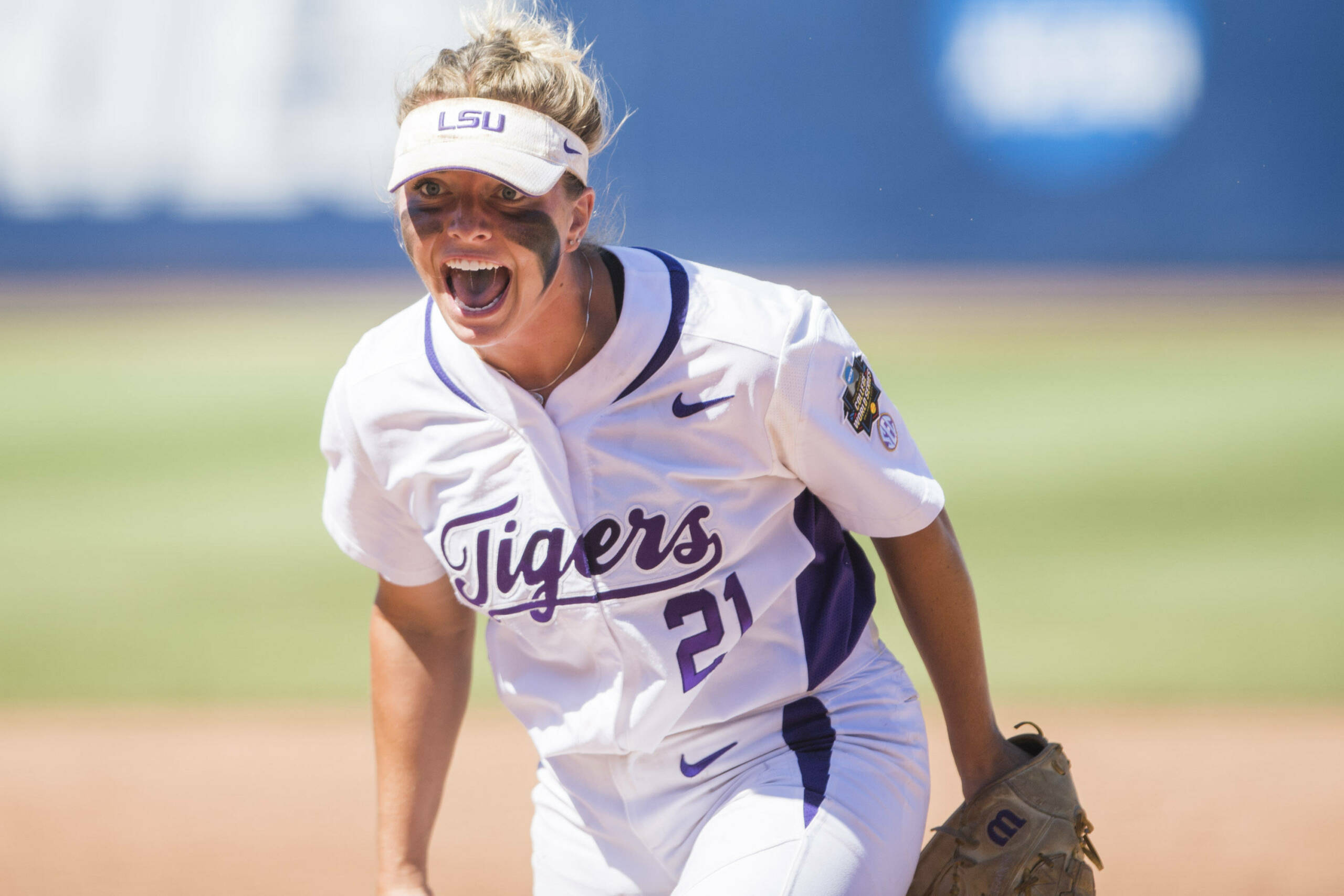 Two for Lexie Elkins, two for Carley Hoover, two for Louisiana-Lafayette and two for Nicholls State. That’s a quick summary of major awards on the 2016 All-Louisiana collegiate softball team.

Elkins, UL Lafayette’s two-time first-team All-America catcher, is the state’s Hitter of the Year for the second time in three seasons. Hoover, an LSU sophomore right-hander, repeated as Pitcher of the Year but shares the honor this time with the Ragin’ Cajuns Alex Stewart. And for the first time in its history, Nicholls State won two major state awards in the same season — shortstop Amanda Gianelloni is Freshman of the Year, and Angel Santiago is Coach of the Year.

A Louisiana Sports Writers Association panel of media and sports publicists selected the All-Louisiana team, based on statistics and performances through the teams’ conference tournaments.

Elkins, a senior from Victoria, Texas, missed the final 18 regular-season games because of a thumb injury but still produced outstanding numbers: a .517 batting average, 17 home runs and 44 RBI. She hit .430 in three seasons with the Cajuns and set an NCAA Division I career record with 0.50 home runs per game (75 in 150 games). The Cajuns won Sun Belt Conference regular-season and tournament championships and earned a berth in an NCAA Super Regional.

Elkins was the No. 1 overall pick of National Pro Fastpitch (Pennsylvania Rebellion) April 14.

Hoover, from Clemson, S.C., was 18-7 with a 2.37 ERA and 194 strikeouts. She tied an LSU record by winning her first 10 decisions, and she struck out a career-best 15 batters Feb. 28 against Texas Tech. She pitched her first collegiate no-hitter March 6 against Tennessee Tech. LSU reached the Women’s College World Series for the second consecutive year.

Stewart, a junior right-hander from Zionsville, Ind., was 27-4 with a 1.52 ERA. She led the state in victories, didn’t walk a batter in her first 35 2/3 innings, won twice against then-fifth-ranked Oregon and was second-team All-America.

Santiago, in his fifth season at Nicholls, led the Colonels to their most overall victories (39-17) and conference victories (21-5) since 1998. Nicholls placed second in the Southland regular season after being picked in preseason polls to finish seventh and eighth.

Joining Elkins and Stewart on the first team are teammates Aleah Craighton and Shellie Landry in the outfield and Haley Hayden at second base. LSU placed Hoover, Bell, Sandra Simmons (first base) and Sahvanna Jaquish (designated player) on the first team.

The Cajuns’ Hayden is first-team All-Louisiana for the third consecutive year and the second straight time at second base. She was an outfielder in 2014.

Also on the first team are Nicholls’ Gianelloni, Louisiana-Monroe’s Rochelle Roberts in the outfield and McNeese’s Emily Vincent at utility. Vincent is first team for the second consecutive year.

UL Lafayette and McNeese have three apiece on the second team. The Cajuns’ honorees are Kara Gremillion at third base, DJ Sanders at shortstop and Sara Corbello at designated player. The McNeese second-team selections are Piancastelli, Jamie Allred at pitcher and Hailey Drew at second base.

Newcomer of the Year:  no nominees