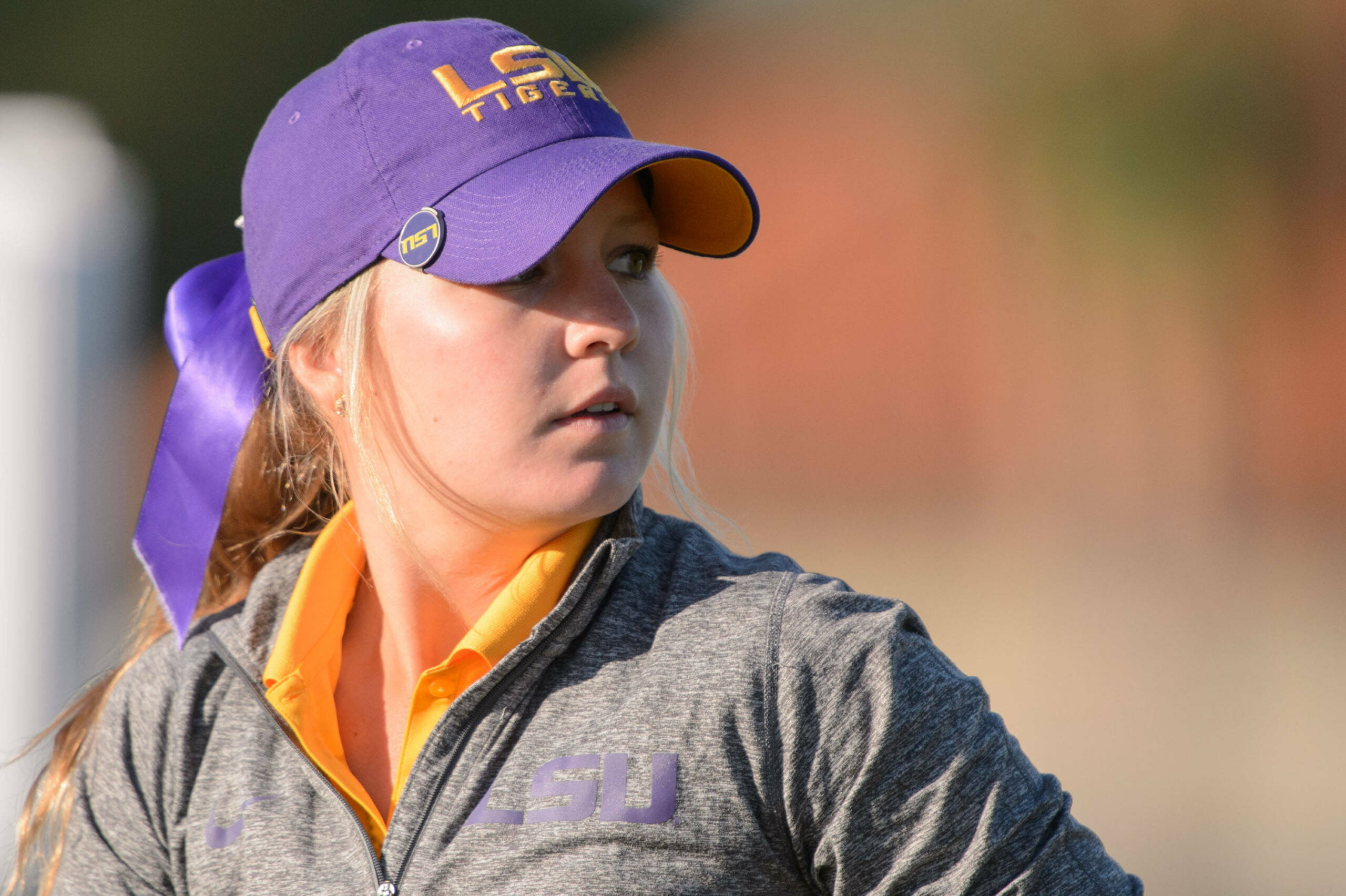 On the women’s side, LSU’s Kathleen Gallagher was named Freshman of the Year and Lorne Dorn of Tulane earned Coach of the Year honors.

Wright, a junior from Phoenix, earned first team All-SEC honors as well as being selected as a member of the Arnold Palmer Cup Team and a NCAA Division I Jack Nicklaus National Player of the Year Award Semifinalist.

He capped the regular season ranked as the No. 10 individual in the country by Golfstat and Golfweek and posted a 71.38 score per round average. He posted three wins on the season, had seven top 10 finishes. Ten in the top 20 and shot par or better in 19 of 32 rounds played.

She capped the regular season ranked No. 47 in the country by Golfstat and posted a 72.97 scoring average, which was the second-best mark in a single-season in school history. That lowered her career average to 73.53, a school record. She recorded 16 rounds of par or better including three rounds in the 60s.

Joining Wright on the men’s All-Louisiana team are Martin Eriksson of McNeese, Haraldur Magnus of ULL, Louisiana Tech’s Victor Lange and LSU teammate Luis Gagne to round out the first team.

The women’s All-Louisiana squad, which is made up of one five-golfer team, includes Penttila, Silvia Garces and Laura Munoz, all of Tulane; and Kathleen Gallagher and Sydney Cavin of LSU.

Burk led McNeese to its second-straight NCAA Regional appearance after the Cowboys won their first Southland Conference Championship since 1979. McNeese won three tournaments on the season and ranked in the top 80 in the nation the entire year. The Cowboys posted a 22-2 record against other Southland Conference members, 18-3 mark against teams from Louisiana, and a 79-34 record against regional teams.

In his third season at the helm of the Green Wave, Don led Tulane to the NCAA Regionals for the third straight campaign under his tenure and for the eighth consecutive season overall. The Green Wave came up one stroke short of advancing to the NCAA Championships for the fourth straight year at the NCAA Bryan Regional. The program’s 298.27 season scoring average ranked as the fourth-best effort in school history.