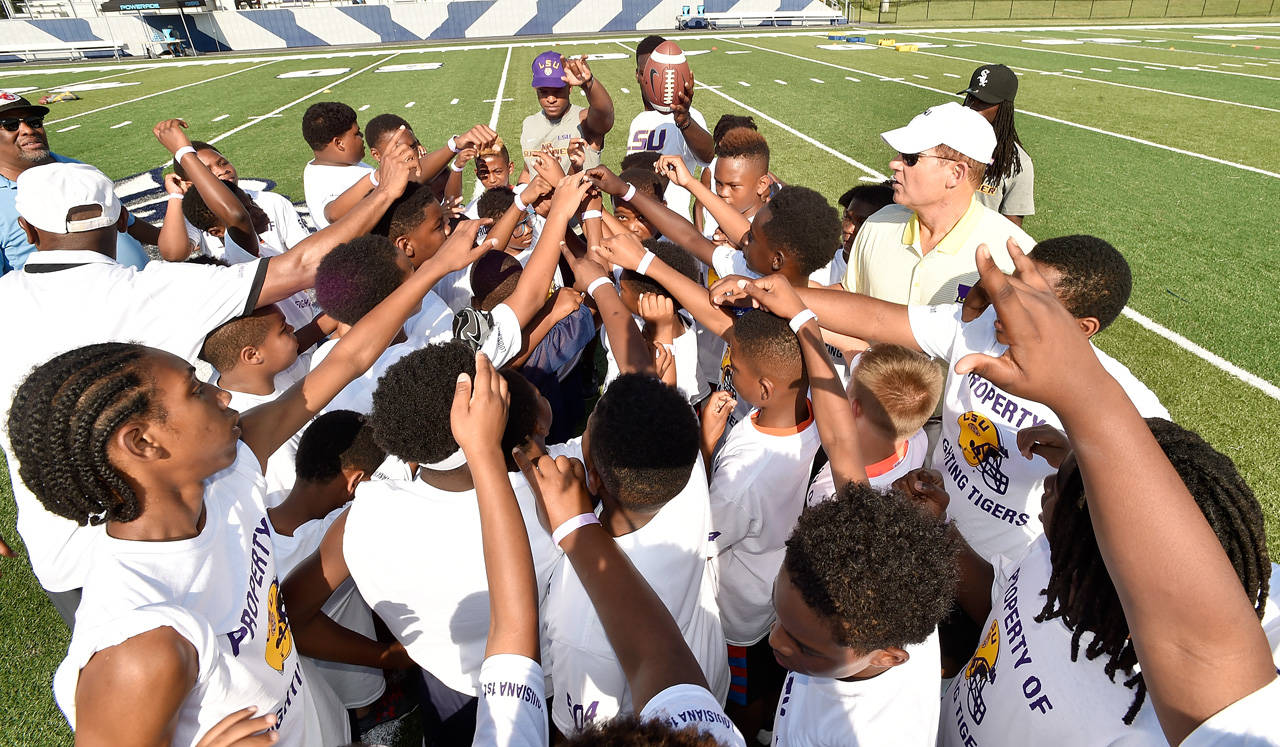 The clinic, which was free and open to any child in elementary or middle school, drew close to 400 campers for the nearly three-hour event at Joe Brown Park in New Orleans East. The clinic featured every member of the LSU coaching staff along with several Tigers, including Fournette, running back Darrel Williams, defensive backs Dwayne Thomas, Rickey Jefferson, Donte Jackson and Kevin Toliver II.

Miles opened the clinic with a “stay in school and grades are important” message to the campers and their parents. Miles expressed to the group that academics and athletics go hand-in-hand and that you can’t have one without the other if you choose to play sports.

Before the campers hit the field for drills and instruction from the coaching staff, each LSU player in attendance addressed the campers. Fournette said afterwards that he wished he would have been able to take part in a camp like this when he was a child and that he hoped that LSU having such an event would help motivate the children “work hard and do well in school.”

Once on the field, the campers took part in eight different drill stations, which were led by either an LSU assistant, or in the case of the running back drills, Fournette served as the instructor.

“The opportunity to come to New Orleans and put on a free camp and to be able to touch a bunch of young kids, just like guys that I coach, it was a very special day for us,” Miles said. “Our players that are here today – Leonard Fournette, Dwayne Thomas, Darrel Williams, Donte Jackson – made a huge impact. You could see it in the campers’ eyes the influence that someone like Leonard has on them. We are thrilled to be on site here in New Orleans.

“What a great message to send to young kids here in New Orleans. LSU is accessible, LSU is here for you and some of our greatest stars from New Orleans, simply put. Our rosters is studded with New Orleans players.”

Tuesday’s LSU Youth Clinic was the third “satellite camp” for the Tigers this summer. LSU opened with a camp in Shreveport/Bossier City last week and then followed that with another camp on Saturday that was held at the New Orleans Saints Training Facility in Metairie.