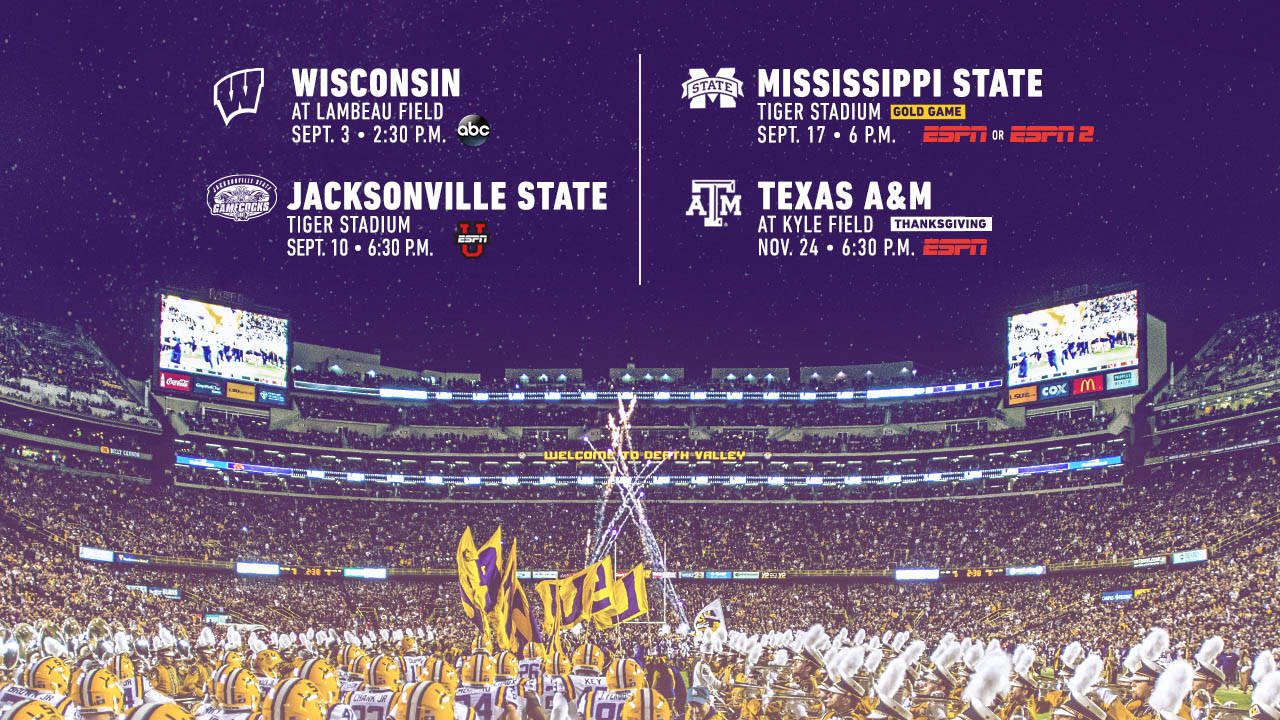 LSU’s home opener against Jacksonville State on Sept. 10 will kick off at 6:30 p.m. CT and be televised on ESPNU.

LSU’s SEC opener against Mississippi State on Sept. 17 will start at 6 p.m. inside Tiger Stadium and will air on either ESPN or ESPN2.

The league also announced LSU’s regular-season finale at Texas A&M on Nov. 24 will kick off at 6:30 p.m. on ESPN. The game will be played on Thanksgiving at Kyle Field.

The only other LSU game currently with a set kickoff time is the season opener on Sept. 3 against Wisconsin in Green Bay. The Tigers and Badgers will square off at 2:30 p.m. on that day at Lambeau Field.